War to the Knife

“War to the Knife” – mortal combat; a conflict carried to the last extremity. (Webster, 1913 edition.)

The origins of the above phrase are rather obscure. Yet anyone genuinely familiar with the history of the 20th century – especially those who have lived all or much of their lives in the period – understand the meaning of the maxim instinctively. And, of course, there are people from places such as Yugoslavia in the 1990’s, Lebanon for much of the 1970’s and 1980’s, or any remaining European, Chinese or Filipino survivors of the 2nd World War who have actually lived it.

It would be a mistake, however, to dismiss the idiom as merely a melodramatic description of a major war. Even some of the greatest large scale conflicts – the Napoleonic wars, the War of the Roses, as well as most of the campaigns of the Romans, the Mongols or Alexander of Macedon – were curbed to a significant extent by their participants. Such struggles were usually resolved without national or civilizational scale civilian massacres and/or deliberate, widespread destruction of the civil infrastructure of a participant’s territory, as they were ended when some rational or otherwise relatively bounded objective was achieved – a wealth-producing region was captured, a ‘debt of honor’ was paid, a strategically advantageous position was established and so forth.

When one considers the phrase “War to the Knife” more carefully, it becomes apparent that such an event doesn’t necessarily involve the mass deployment of formally organized, trained and equipped armies to a battlefield or military front. The sanguinary and unconstrained ruthlessness implied by the expression can on occasion be an accurate description of the civil discord arising within a civilization in a period of existential crisis.

Whether the clash is one between empires, nations and tribes or an internal societal/cultural contest, there are certain commonalities to such events:

1. The battle is between opposing belief systems. One or both can be a theology. It could also involve one or both having an ideology that is so intensely believed as to become a de facto religious creed.

2. At least one of the combatants is completely and totally unconstrained by any moral, ethical or legal principles, pursuing victory as a zero sum game. This ‘end justifies the means’ approach can be either apparent at the outset of hostilities or evolve as the conflict endures over time.

One of the 20th century events which perfectly captures the meaning of “War to the Knife” is this one: 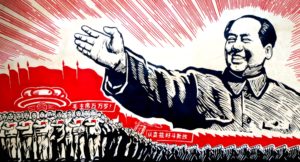 Mao’s Cultural Revolution endured over a 10-12 year period, ending with his death in 1976. Millions died; many more millions were socially and professionally ruined; hundreds of millions were incessantly terrorized. But though it might seem at first glance that China’s society had descended into madness, there was very clearly a method to that madness. What were some of the defining characteristics of Mao’s Cultural Revolution, and how did these characteristics manifest themselves? 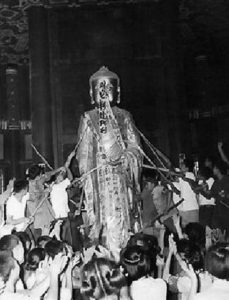 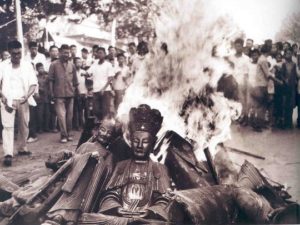 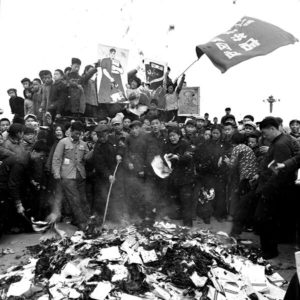 2. The ranks of the civilian revolutionary cadres were composed mostly of university students (though K-12 students were heavily recruited as well in secondary roles.) Between their youthful vigor, the thoroughness of their indoctrination and the typical eagerness of a young generation to assert themselves and exercise their energies in effecting change, they proved to be a shrewd choice to coerce Chinese society and its institutions. 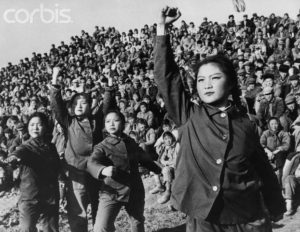 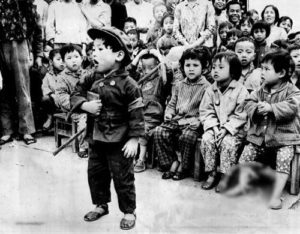 3. Assembled into large gangs, the university-based Red Guards intimidated establishment figures in the educational and political spheres by publicly shaming and berating them, coercing confessions from them for imaginary crimes against the principles of social, political and economic justice of the Revolution, and with increasing frequency physically assaulting and/or killing them. These purges included Party members who had previously been considered to be staunch supporters of the Revolution but had been deemed to be lacking in sufficient revolutionary fervor. 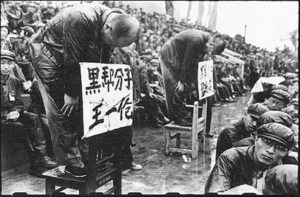 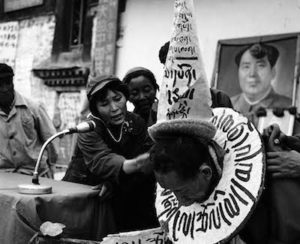 A more complete but nevertheless concise summary is available here:

Does any of the above sound….familiar?

America’s situation today is obviously different from that of 1960’s China. Theirs was a factional struggle amongst Marxists who already exercised absolute control over every aspect of China’s society. As the occasions and opportunities presented themselves and appropriate facets of the state apparatus were maneuvered into position by one faction or another, the contestants could exercise their will over various institutions and the citizenry. Furthermore, the party could legitimately point to the past century and a half of imperial and, later, militarist authoritarianism for many examples of the cruelty, injustice, inefficiency and corruption of the previous regimes. China’s pre-communist history had indeed been unhappy and even ugly for a good 150 years. Only the deeply brainwashed or venemously spiteful could say the same about America.

Nonetheless, we can see every day in the news how America’s progressives/neo-maoists are emerging from social justice oriented university departments and programs with the goal of attacking and destroying American culture and history. These new Red Guards are having an internal struggle of their own within the Democratic party – a fight which they have been very clearly winning over the past 15-20 years. But they are also fighting on two other fronts: the battle to wrest control of the remaining 50% or so of political and legal structures from their ideological/theological nemesis in the form of the Republicans, and the campaign against all economic, cultural and social institutions which they do not yet completely dominate.

Along the way, the neo-maoists are leaving no stone unturned to accomplish their mission. As an example of how dedicated they are to infiltrating and undermining every facet of American society, take a good look at this:

I’m part of a very early stage software startup where a very advanced AI is a central component of what we are developing. We’re well beyond the mundane image/pattern recognition bricabrac that is so breathlessly hyped nowadays. Seeing the intent of some of those course titles on offer from Google made my stomach sour and flip over. The cult-like obsessive mania of SJWs is glaringly evident.

There are those who have gone so far as to characterize the current state of affairs as a cold civil war, poised to potentially turn warmer:

In previous posts, I had speculated that any success by the neomaoists stemming from the 2018 midterms would fuel the neo-maoists and drive them to greater extremes of action – and my musing have unfortunately proven to be providential. The signs of what the neo-maoists would do with any level of success in the midterms were obvious beforehand. Now, they’re acting them out.

The Psychology of Progressive Hostility

As party apparatchiks did in 1960’s China, many establishment figures in the Democratic party, either out of cynicism, previously hidden affinity or simple fear, are publicly and enthusiastically aligning themselves with the American Red Guards and their media facilitators. Some examples: Senate minority leader Chuck Schumer proclaiming that the president had been taught a lesson in the last budget and shutdown impasse; House Majority leader Nancy Pelosi proclaiming that Roger Stone’s ridiculously overblown arrest somehow proves President Trump was helped by Russia to win in 2016; the doubling and tripling down of members of the MSM on the Covington kids false flag despite the clear and incontrovertible refutation of their charges; and the ringing endorsements of all the current Democratic presidential candidates of AOC’s laughably retarded Green New Deal.

And what of the American Red Guards themselves? Antifa is clearly preparing to ramp up their actions to the next level of violence. The ex-leader of the Eugene, Oregon chapter who is featured in the link below was himself ex military, and his followers seemingly consider him an example to emulate:

And what will be the end goal of those driving the American Cultural Revolution?

It appears to be the same as that of Mao’s Red Guards. Power and CLEANSING.

I’d like to be clear about something, folks – I don’t want this. I dread the idea that things are moving in this direction.
But the Progressive Left won’t stop, because they DO want this. Remember: they’re playing this as a zero sum game. And since, in their theology, we are not only stupid but EVIL, it stands to reason that their success can be achieved only by our utter abasement or, failing that, our extinction.

They have already taken steps to ‘shape’ the battle and publicly justify their actions, as they are positioning this to be all on us:

One can see that these developments are being recognized in a growing circle for what they are, and a reaction seems to be building at the ‘grass roots’ level. However, it appears that those on the far Left either don’t care or are blinded by their delusions of the inevitability of history:

So where does that leave us – the Normals of Kurt Schlichter’s books and essays?

I honestly don’t know. It’s clear to me that we can’t rely on the Republican party to fight back effectively. Most of their officeholders appear to be reacting to all of this passively and would be quite content to serve as a permanent minority party, pretending to take an oppositional stance while holding what positions of power and influence-peddling they could, coasting along behind the scenes while the Neo-Maoists do all the heavy lifting of actually governing.

I voted for Trump as a counterweight to all of the above and am still enthusiastic about my choice. He is the Grey Champion of our Time of Troubles. But it’s not clear to me yet that he’ll be enough.