Victim Culture: The Celebration of Failure

When I was a child, I had dreams like any other, impossible goals and obnoxious ambitions. There was a time when I wished I were the Emperor of the Earth. Never let it be said that I think small. Then there were times I wished I could invent a time machine and travel back to the days of Christ to solve the deeper mysteries of Christianity. Childhood dreams are like that. There is no sense to them, but they had a magnificence, a purity our smaller and more realistic adult ambitions sometimes lack. Did you ever want to be an astronaut or an Olympic swimmer? Did you see yourself writing the next great Science Fiction novel or directing a Hollywood blockbuster?

One thing I did not want to be growing up, however, was a victim. At least, not at first. But when I left private school, near to being kicked out for atrocious behavior (I was not a terribly pleasant child), and wound up in public school, that’s what they taught. In seventh grade I got into a fight with this kid, a bully who I had been having trouble with for months. He threw the first punch, and everybody saw him do it. But when I stood, poised with a textbook over my head, prepared to smash it into the insolent little shit’s face, it was me who got the phone call home and barely avoided suspension.

Why? Because I didn’t look like the victim, irrespective of whether or not I actually was. Somehow, his tearful face made him the victim, and me the oppressor. Ironically, this turned me into an actual victim, for before this I had adhered to my father’s maxim of punch the bully in the nose and he’ll probably go away. After this, I learned that self defense was punished. The rest of middle school and much of high school was spent being the butt monkey of every bully and meathead jock around. I was a laughing stock, but at least I wasn’t being threatened with suspension or expulsion anymore.

It wasn’t long before I noticed this behavior everywhere. One thing I was good at was distance running, and I remember a day in which I was on fire. I can’t remember if it was sixth or seventh grade, but I blew through the mile in under 6 minutes, which was a pretty notable achievement for that age. I was more than a minute faster than the next guy behind me. But the PE teacher didn’t even care, or bother to notice the achievement. He was busy congratulating and urging on lazy kids for actually bothering to jog instead of walk. 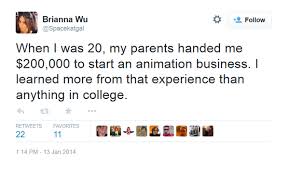 We interrupt this regularly-scheduled victimhood article to inform you that Brianna Wu, transsexual, is a victim even though somebody handed her $200,000 out of the blue.

This was a talent that was wasted. I look back on this with sadness, because I was truly gifted in Cross Country and distance running. I could have gone somewhere with that ability, but the Cross Country coach spent his time focusing on the girl’s team, because that was the way the political winds were blowing in the public school system, and my motivation waned over the years, until I walked away from it completely.

You might think that I’m blaming other people for my failings (the very thing I’m speaking against). I’m not. I blame myself for succumbing to this idiocy. Hell, there was a time in which I took Marx seriously and a time when I believed the Keynesians has the right of things. Now, if I had that time machine I dreamed of as a child, I would go back to my younger self and tell him to ignore the administrators telling him not to fight back, or the coaches who spent their time working with people who didn’t even want to run. I would find my own motivation, as I have today, and go to the gym on my own accord. But I’m in my thirties now, and dreams of running in the Olympics, or even competing in college are long dead. It should be noted that I intend to tell my son this when he is old enough to understand, it would be well if he could learn from my failings.

A middle schooler is more susceptible to these things. Children can be influenced in this manner more than adults can. If you tell a child that he is a victim, day in and day out, sooner or later he will start to believe it. And if you penalize a kid for achievement, or fail to acknowledge it at all, sooner or later, he’ll probably just give up. I owe it to my father, a good and strong man, that I ever conquered this problem at all, even later in life. Most everyone else in my childhood spent their time extolling that victimhood (i.e. getting punched in the face) was morally superior to fighting, or that people who jogged 10 minute miles were to be commended while people who ran 5 minute miles were to be ignored.

This is an inversion of all good sense. Like much of Progressive Leftism, the celebration of Victimhood defies rational explanation. In many ways, it even defies emotional explanation, for a childhood full of bullies you cannot strike back is one which is emotionally painful.

We celebrate failure. We extol being a victim, which is, in essence, the glorification of losing control over one’s life.

Take rape. A lot of Leftists define rape very broadly, so that anybody (except a while male, of course) can be raped. Drunk sex that you later regret? Rape. Catcalling? Rape. Looking at somebody? Stare rape. Then there are lunatics who genuinely believe that pornography is, somehow, rape. The culture of Victimhood almost celebrates the practice, while those of a Right wing extraction have a different take on the matter: 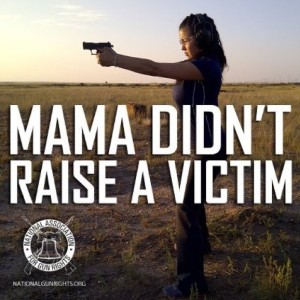 No, she didn’t. And if this woman shoots a rapist, we on the Right consider that an ACHIEVEMENT worth celebrating.

Have you ever read a story about a disabled person overcoming their handicap? These used to be celebrated, too. The man who lost the use of his legs, but through the help of family and strength of will, manages to walk again is heartwarming because it is an achievement. In essence, the person who defeats their own handicaps is saying “I refuse to be a victim.” Achievement is not always absolute in the sense of a 5 minute mile. It can also be found in the person who has cerebral palsy running a marathon.

Some of those stories still make it out, now and again, for the Social Justice Warriors cannot suppress them as much as they would like (for such stories dismantle the victim narrative), without giving up the fact that they are concerned with power not with people. But consider the female marathon winner who didn’t even make the press, because some other woman running half as fast, decided to “free bleed” her period blood all over her track suit in some vague protest of patriarchal supremacy. Everyone knows who the bleeder was, nobody cares about the woman who achieved victory.

Because, somehow, the bleeder was a victim. Of something. I suppose there was some sort of conspiracy of old White men that decided women shouldn’t bleed all over their clothing. Similarly, men and women both are expected not to shit themselves. Perhaps we shall see the Social Justice Warriors cheering the end of toilet oppression, soon. Go ahead, since you’re a victim of some nebulous and undefinable conspiracy, I’m sure it’s fine if you take a dump in the middle of the street. Then we can go back to being the infantile, uncivilized imbeciles they seem to worship.

There was an article I read this morning asking the following question: “Why Spend Money on Space Exploration When We Have So Many Problems Here on Earth?” Mr. Garan tells us that technology transfer is the greatest reason to support space travel, for NASA often pioneers technologies that will later trickle down into the consumer market. To be fair, the answer is a good one, but in a nation which once left footprints on the moon, it omits a far greater reason: achievement.

The thing is worth doing on its own, irrespective of the material benefits. In other words, Mr. Garan has to justify why funds that could be given to poor people, or to the “marginalized” people of color, or even the Syrian refugees, should instead be spent on space exploration. The achievement of, say, going to Mars or inventing Faster-than-light travel doesn’t even enter into his calculations.

Why does a high jumper flop over a bar at the Olympics? Does this have some material benefit to the poor starving people of wherever? No, it’s about achievement. It’s about celebrating humanity and defeating our own self-imposed limitations.

But the wheels of victimhood culture have gone so far off the wagon that, rather than training to be great athletes, or learning to be geniuses and leaders, people are instead choosing to cut off body parts so that they, too, may experience the joy of being a disabled victim. Individuals like Rachel Dolezal and Shaun King are pretending to be Black, because in their twisted minds, doing so means becoming a powerless victim (isn’t that a form of patronizing racism?).

Hundreds of thousands of refugees are tearing up Europe, including places like Greece, which don’t even have the money to pay for them. These “victims” are mostly young males looking to hop on to the welfare gravy train of the European Union, while the continent is simultaneously experiencing a period of austerity measures for the same. 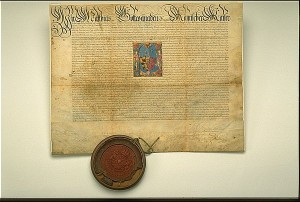 Patents please, so that we may establish that you were a victim for at least six generations. Else you will not be allowed to debate, for you are a racist, sexist, homophobe, transphobe, you hate kittens, etc…

Social Justice Warriors often introduce their victim credentials in the same manner a nobleman might list his titles, or in which a PhD might list his degree(s). Hi, I’m Jane Doe, a transsexual, mixed-race, adipostive genderqueer woman of color. My pronouns are Fe Fi Fo and Fum. Patents, please, is their cry.  And, like the noblemen of old, they are dismissive of the plebs with no titles (those evil straight white males). Furthermore, the titles they give to themselves, they will deny to you if they can. I’m just a white guy, or more charitably, a guy of white and Middle-Eastern descent. SJWs generally describe Anita Sarkeesian, who is of Armenian extraction, as Middle-Eastern because it boosts her victim score. This is, of course, politically useful in a culture that celebrates victimhood. They are usually reluctant to extend the same courtesy to me for the same, and will do so only grudgingly.

In the meantime, the footprints on the moon have not been matched for more than 40 years. Today, I have no doubt that there are children sitting in school as I type this, people who could someday be great engineers or marathon runners, or even defeat the limitations of their station in life, but who will be discouraged instead. For, when everybody gets a trophy it is effectively the same as when nobody gets a trophy.

And if there is no reward for greatness, why even bother at all? After all, the celebration of failure has always been easier.