I had a long successor post on Marxism planned for today, but the workload is too much for that, presently. So enjoy a few little tidbits before we move on to Part 2.

First off, if you’re a regular reader of The Declination, you are no doubt familiar with Francis over at Liberty’s Torch. And today, he has reminded me in rather amusing fashion that he is, in fact, an engineer. After all, only an engineer would use a term like PDOOMA (Pulled Directly Out Of My Ass). He goes on at some length to discuss the problems with climate simulations, and why the ones currently utilized are likely to be about as accurate as a crystal ball at a trailer park psychic’s home. This would be amusing enough, but then he resurrects an old post from Eternity Road to tell us, at some length about PDOOMA, and how to tell when a bad actor is doing exactly that with his statistics.

I highly recommend both pieces. Between both posts, it explains almost every objection I have to the notion of “man-made climate change.”

Second, this morning I became aware of an interesting tizzy going down on Facebook. Jon Del Arroz, an up-and-coming conservative author, managed to rustle the jimmies of Mike Glyer, of Vile 770 fame. Larry Correia and Brad Torgersen soon joined in, with Mike Glyer periodically slinging insults at Larry, to the effect of how stupid everyone else was, and how smart and special Glyer himself was. Mike Glyer often tries to hide under a veneer of respectability, but his SJW instincts steered him badly off kilter today.

It’s all rather amusing stuff. Feel free to peruse and laugh. Naturally, I had a few contributions to the thread as well. Vile 770 is, in effect, an intellectual equivalent of a sewage treatment plant, where Mike Glyer tries to put a nice face on some very nasty Progressive characters, whose primary reason for posting at Vile 770 is to sling hate on conservative authors.

Francis talks about Garbage In, Garbage Out. Well, there’s Mike Glyer’s place for you, in a nutshell. Here is a reliably-informed diagram of the inner workings of File 770: 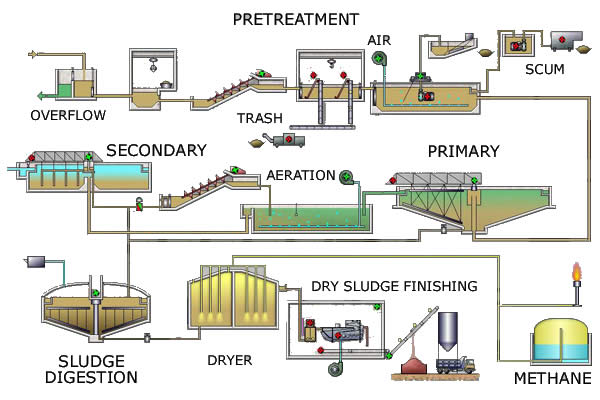 I’ll leave you with my own estimation of Mike Glyer’s intellectual prowess:

Also, it’s worth noting that Mike Glyer’s insults basically boil down to “neener neener, I’m smarter than you.” It’s the sort of childish taunting you’d hear in an elementary school playground. It’s also projection in its pure form.

You see, Mr. Glyer probably spent most of his youth getting smoke blown up his ass about how special he was, how beautiful and unique he was, like some kind of special snowflake. Now, reality came and ran over his puffed-up dreams like a goddamn freight train. Here men like Larry Correia and Jon Del Arroz do good for themselves, and Glyer has to be thinking “why can’t I be that good, I’m special, I’m smart, I’m a snowflake?”

Here’s a life lesson for you, sir. The people who blew smoke up your ass when you grew up were liars. Every damn one of them. All of the buttslurping pond scum at Vile770 are as useless as you are, sir. You’ve contributed nothing of value to this planet, certainly nothing worth getting paid the kind of money Larry makes. You are the architecture critic who never built a building, the movie critic who never held a camera, the political pundit who can’t even be bothered to crawl his lard-filled, twinkie-stuffing ass to the voting booth.

Socrates once explained that he couldn’t find a wise man, and he himself was not wise. But he was wiser than some for knowing this. And every time you crawl out from whatever cesspit you hail from and insult your betters, I am reminded that though I’m no great shakes in the success department either, compared to the likes of Larry, I’ve got one up on you for at least not being a pretentious, delusional fuckwit staring at my own reflection like Narcissus, with his face plastered and drunk in front of a toilet full of his own vile spew.