President of Turkey Recep Erdogan wound up losing Istanbul in a recent vote – a significant political development for him, considering he was once the city’s mayor. To push up his failing support, he decided to convert the Hagia Sophia from a museum into a mosque, something hard-line Islamic fundamentalists have desired for some time.

The Hagia Sophia is approximately 1,500 years old, and has been variously an Orthodox, Catholic, and Islamic site of worship. Mustafa Kemal (Ataturk) converted the structure to a museum in 1935. Since that time, it has been well-cared for, with careful monitoring of the structure and restoration efforts designed to keep it safe.

In Erdogan’s haste to convert it to a mosque for his political gain (in only 14 days), he has transferred responsibility for the structure, and essentially frozen out the preservation efforts and museum staff. This Twitter thread goes into many reasons why this is extremely dangerous. With the recent fire in the Notre-Dame cathedral, the threat to the structure is difficult to overstate.

My own family’s connection to the region means that this issue is somewhat nearer and dearer to me than it might be to most, but the Hagia Sophia is one of the greatest churches ever built – the first to feature a pendentive dome – and for many centuries featured the largest interior space of any structure in the world. It is an architectural marvel even today.

In his haste to convert it into a mosque for his political purposes, Erdogan is threatening the structure’s very survival.

We should not be surprised by this move, though. Erdogan has, for some time, acted in a manner reminiscent of an Ottoman Sultan. And with the resurgence of Islamic fundamentalism more broadly, the Hagia Sophia’s days as a museum were probably numbered anyway. But the haste in which Erdogan is pushing this conversion, there is serious risk to its very survival. Consider things like electric lighting – obviously retrofitted in an ancient structure like the Hagia Sophia – and the Islamic preference for carpets. Consider the extreme age of the masonry work and the many earthquakes the structure has survive previously (albeit while receiving some damage).

The way Erdogan is going about this, he is freezing out the secular preservationists. If we have another Notre-Dame situation… well, I don’t want to think about it. I really don’t.

Turkey once made one of the strongest attempts to secularize an Islamic country, and for a time they succeeded more than most. But those days are over. Do we really want a Neo-Ottoman Empire in NATO? 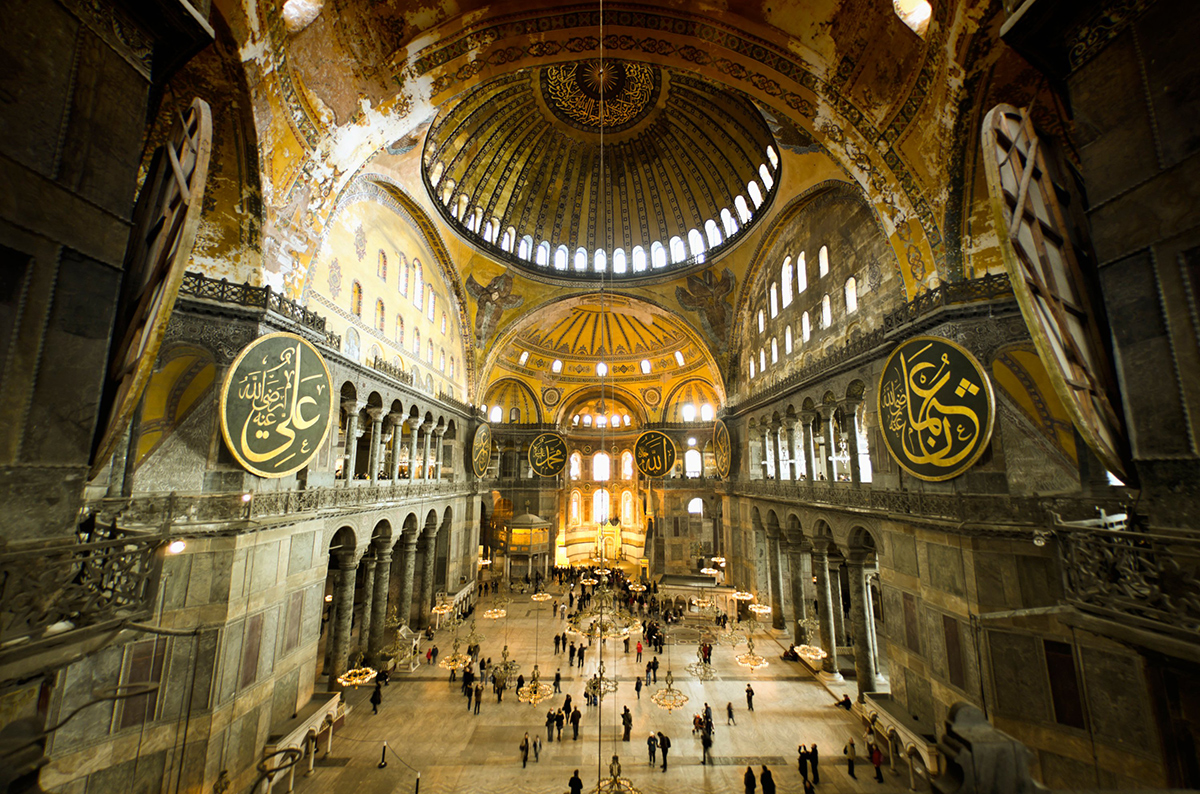 I doubt he’d show any more care or attention to NATO and his treaty obligations than he has to the Hagia Sophia.

In any event, Islamic Twitter is celebrating, talking about covering up or chiseling away the ancient Byzantine mosaics (they regard empresses depicted in these mosaics as prostitutes) and erasing the structure’s Christian heritage. There are equally impressive mosques in the city today – built in a style mirroring the Hagia Sophia (the Süleymaniye Mosque and Blue Mosque in particular). This is not really about worship so much as it is about showing the world the power of Islam.

The reality is, the Turks have possession of it, and I can no more stop them than the Muslims can stop Christians from worshiping in the Mezquita-Catedral de Córdoba (though that does not stop SJW-like demands for it to be given over to the Muslims). But if the thing is to be done, care should at least be taken for its preservation (something the Spanish have attended to well enough for the Mezquita-Catedral de Córdoba). But it’s not about obtaining a site of worship or preserving a historical structure – not for Erdogan and his cronies.

It’s about a statement of power.