The Press is the Enemy

Love or hate Donald Trump, one of the reasons he managed to win the election was that he spoke a truth we’ve all known for quite some time now, but which few others were willing to say openly: the press is the enemy of the American people. It’s a sad state of affairs, and indicative of the descent into technocratic government.

Some time ago, one of my readers linked a post of mine on Free Republic. He suggested my blog was worth following, for which I can only express my gratitude. But another individual immediately lambasted the original poster with “oh, you follow blogs? I feel sorry for you.” It was the sort of self-absorbed, arrogant snark you usually see in places like the Democratic Underground. When it was pointed out to him that the press is blatantly corrupt, and cannot be trusted, he fired back with an insinuation that at least the press is better than amateur bloggers.

To be fair, I am not a trained journalist, nor am I even a trained author. My readers have probably noticed errors here and there, and in all likelihood I will continue to make those boneheaded mistakes from time-to-time (I count on my readers to let me know when this happens, of course). But regardless of my own errors, at least it can be said that I am not an enemy of America, her culture, and her way of life.

The intrepid anti-blog freeper missed that point. No matter how much training the technocrats in government and media receive, we cannot trust them. They are no longer reporters of facts, they are agents of propaganda as dishonest and skewed as the editors of Pravda.

Blogging is relatively popular in the right-wing world, not necessarily because we are the best, or the most highly trained professionals, but because most of the highly trained professionals have stopped doing journalism at all. They are pure propagandists, at this point. The market had a demand for news that was either unslanted, or slanted the other direction in a sort of compensation for the blatant left-wing agitprop spewed 24/7 from the major news outlets (Fox possibly excepted).

In other words, the proliferation of bloggers like myself is due almost entirely to the media not performing its own stated function. Some time ago, Tom Nichols and I got into it over whether or not the public ought to be informed about unclassified material. Tom took the position that it was better to keep as much as possible out of the public eye, because the public is too stupid, and decisions are best left to the experts.

Tom isn’t even a Leftist, but he is a technocrat. And his default position is trust the experts. He used the example of airline pilots. Certainly we trust them, right? The comparison was all wrong. Airline pilots are observably good at their jobs. We can see their record, and determine that for the most part, they do a wonderful job. The media, on the other hand, is observably bad, and in many cases intentionally so. We can see it in our own lives, when they misreport everything with a political spin. But some people still believe it is better to trust them because they are the experts? It doesn’t make any sense.

Francis, at Liberty’s Torch, explains that you shouldn’t accord this respect to one who is observably your enemy:

Your enemy is, by definition, someone who wishes you ill. He intends your subjugation or destruction. If you’re sane and possess appropriate self-regard, your objective is to prevent him from attaining his objective. By implication, his opinion of you should be utterly unimportant to you.

Politicians and commentators in the Right have utterly missed that implication.

Contrast the behavior and statements of figures on the Left and the Right these past few decades. I posit that the Left has made its intentions plain at every step. Leftist politicians and spokesmen have never feared to wound persons on the Right, whether by word or by deed. Yet the Right has behaved, spoken, and written as if the most important of all its desiderata is not to offend the Left or its allegiants.

Francis doesn’t explicitly connect this behavior to the media in his post, but given their obvious left-wing bias, the implication is there. The media doesn’t like you. They wish you ill. If they could dispose of right-wing America with a wave of their hand, they would do it without hesitation. Their contempt for you is open and obvious.

Take a look at this piece of drivel from the chief foreign correspondent at ABC News.

Trump in the Oval Office today. Noticing there are no pictures of his wife or children in this shot. pic.twitter.com/q2Hj8hKck4

He’s taking a petty and completely idiotic jab at Trump for the way he has chosen to decorate his office. Presumably Trump is busy, you know, doing the job for which he was elected. These sort of nitpicking jabs are one of the media’s chief weapons, finding some small thing which they can use to deliver a passive-aggressive barb at their chosen target.

In case you think I’m cherry picking (I’m not, I see these things almost every time I go to a mainstream media site), here’s a great series of headlines: 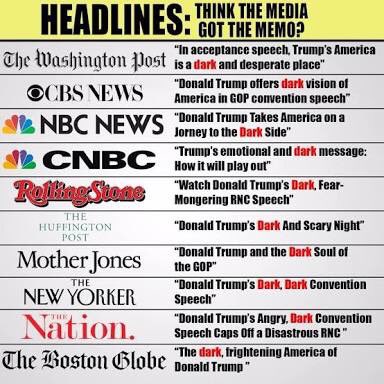 On the off chance that you thought this didn’t apply to sports and hobbyist reporting. Gamergate should have disabused you of this notion with how video gamer journalists treated their own demographic, but still… 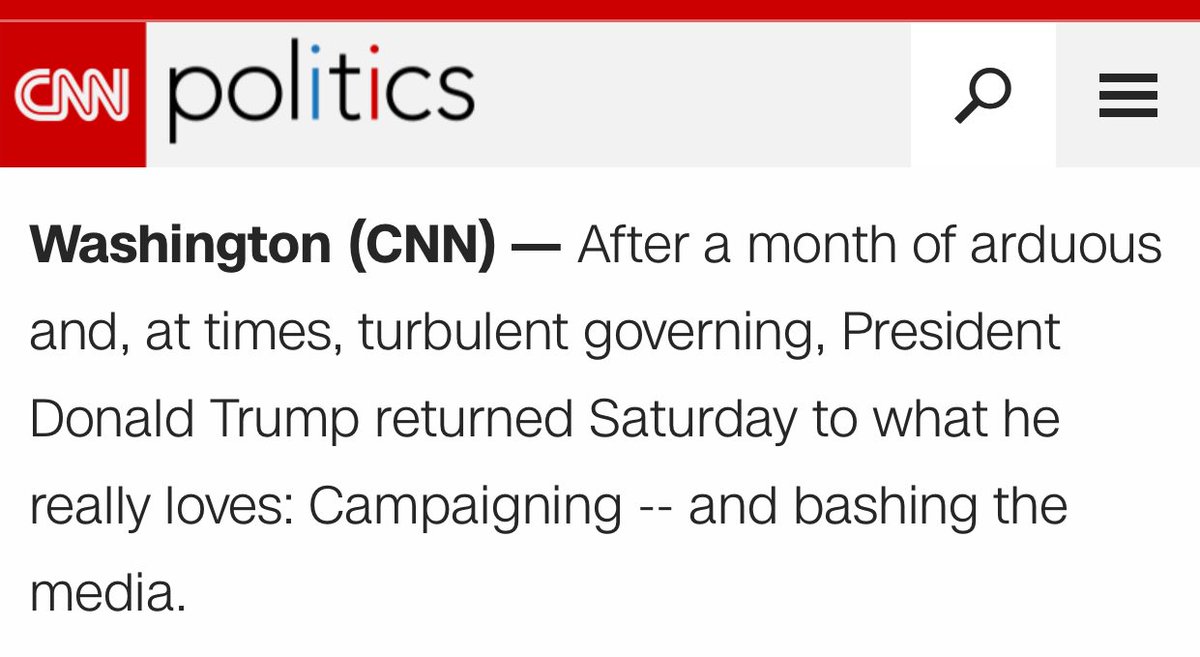 And the amusing contradictions are legion: 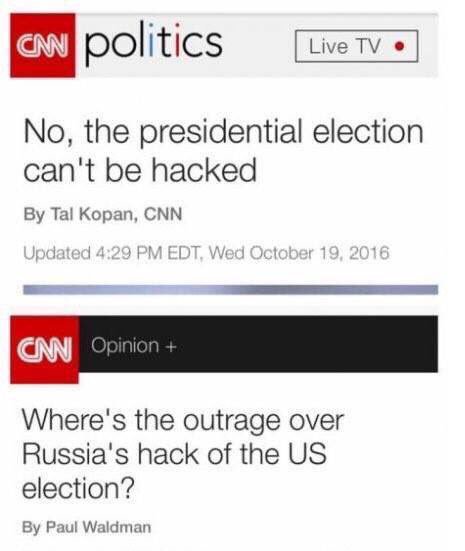 Sure, two different authors. But this *is* pretty funny nonetheless.

See, Donald Trump is right about one thing. The media is the enemy. I’m not quite sure how this happened, except to reference back to my previous post on Ideological Subversion. It is clear most of them have been subverted in the manner Yuri Bezmenov explained.

And so, they are now opposed to the idea of America, to its culture, its way of life, and, indeed, Western civilization entirely. You can count on them to be strongly dismissive of Christianity, and embracing of Islam, because Christianity is a feature of the West, and Islam is generally opposed to it. They will harp on white people for the most minor of quibbles, and excuse the actions of individuals of other races (provided, of course, the members of those races don’t become “contaminated” with right-wing ideas), because the West was European in origin. They celebrate other cultures, while denying us the right to do likewise (they call this cultural appropriation), or to even embrace our own.

Liking your own culture is bigotry, white supremacism, cisnormative heteropatriarchy, or a host of other ills and buzzwords. The specific allegations don’t matter. The fact that they are peddled by the ‘experts’ in the media does matter. 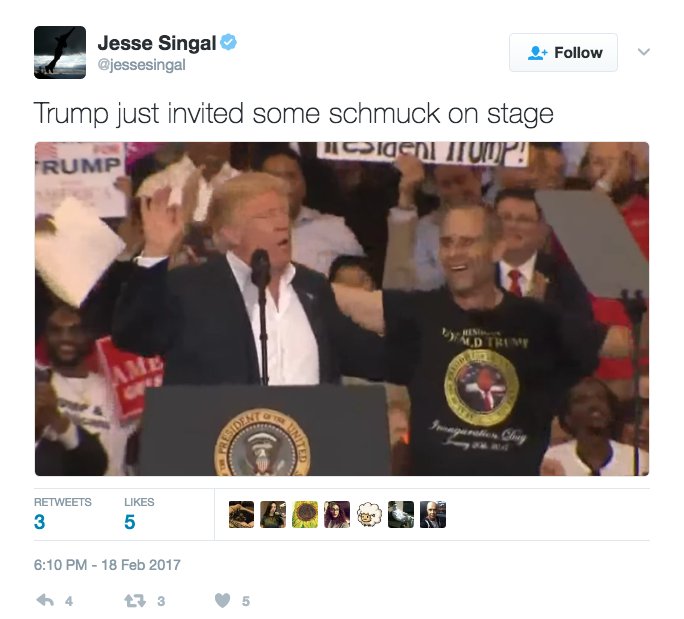 Basket of Deplorables… and now schmucks. These people don’t like you.

I’ve had my issues with Donald Trump, and no doubt I will continue to have them. But on this matter, he is 100% correct, and conservatives ought to take note. The media is your enemy. They don’t merely disagree with you, they hate you. You are a basket of deplorables. You are bigots. You are the whitelash (even if, paradoxically, you are not white). You are stupid hicks, fundie Christian loons, or whatever else they might come up with.

They see you as the enemy. You ought to see them as the same. And, having done so, the advice of Francis Porretto is important to digest and understand fully.

No, I am no expert. But the experts are liars, and once a man has demonstrated his dishonesty, there is no reason to trust him on anything. This is something Tom Nichols and other technocrats, like the guy on Free Republic, criticizing the whole notion of blogs, don’t really understand.

And so, like it or not, us bloggers must do what we can. We won’t always get it right, but it can at least be said most of us don’t deliberately try to mislead you. We don’t lie to you, or hate you, or regard you as our enemy. And when we get it wrong, we’ll fess up to the mistake and try to learn from it.

And that’s better than the alternative, is it not?