The Culture of Envy

The Bible tells us to be wary of envy and pride. James 3:16 lays it out for us:

For where envying and strife [is], there [is] confusion and every evil work.

If there is any sin that could be said to be the most common today, it is probably this one. One of the terrible consequences of envy is that it saps your own happiness and satisfaction. It keeps you from enjoying what you have, and the good fortune you possess. Pride works in reverse. It solicits the envy of others. There is personal pride in your own accomplishments, which is good and well, but it remains personal. When you brag to others of it, a line is crossed. Now, instead of acknowledging your own achievements, you are asking others to envy you for them.

I am a Capitalist. Yet, despite the appellation, I am against rampant consumerism. There is so much crap (and no other word will serve) that nobody needs, yet we waste time, energy, and money on it. Wal-Mart and Target are filled with useless platitudes printed on particle board, manufactured in China. They charge you $10 a pop for them. A few years from now you will sell off your useless goods in a garage sale and recoup 25 cents.

Or in the case of my old tenant, one could simply leave bags of the stuff behind that I wind up giving away on Craigslist. It wasn’t even worth the effort of attempting to get money for them.

Some months ago, my wife and I were perusing some items at Bed, Bath & Beyond and I challenged her to find me one thing in the store that was not made in China. It was an amusing little game. To her credit she found one item. It was made in India. I’m still not sure that really counts, but I had to concede defeat.

I admit I don’t really understand the drive for consumer goods. Don’t get me wrong, I have my spending vices. I have a particular affection for American muscle cars that is likely to get me into trouble someday. But there are so few items I care to spend money on, and even further, that I would envy others for having. Unless you have a V8 ’67 Mustang Fastback, my ability to envy your possessions is strictly limited. Even then, I’d ask the good Lord for forgiveness and wait until I had a nice chunk of change in my bank account before doing anything about it.

But everywhere, I see people drooling over purses, Italian leather couches, and, paradoxically, even do-it-yourself particle board Ikea furniture. People fill their homes with junk, for the three or four times a year they “entertain” someone who probably has a house full of similar useless crap. If you’ve ever had the misfortune of watching HGTV, you’ll see couples disparaging a home because “it wasn’t built for entertaining.” That’s code for showing off your useless crap to other people who have boatloads of useless crap. I guess it’s a thing. Wonderful, your house is a bigger future landfill investment than mine. Can we go home now? 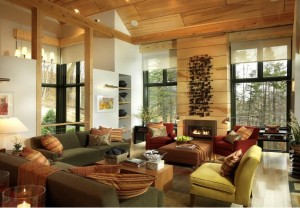 The beautiful living room that’s never used, except in the pictures.

These aren’t things that are appreciated in any way except bragging rights. At least the gearheads have an appreciation for their cars, separate from any jealousy involved. Most consumer goods these days have no purpose except to create envy.

If you’ve ever seen the so-called “Donk” automotive scene, you will note that it is, perhaps, the worst of this excess. These are cars designed not for speed, nor beauty, nor handling ability at the local track. No. These are designed to say in as gaudy a language as possible: “I have more money than you.” They literally have no other purpose, for the modifications involved actually diminish any other benchmark of automotive performance or utility.

This is the image of America in decline. And people thought Tulip Mania was idiotic… 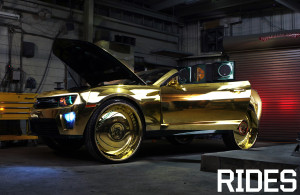 I suspect your average suburbanite thinks they are above the ghetto Donks rolling around on gold-plated 40 inch rims with more speakers than a Katy Perry concert (the quality, however, is likely to be equally terrible). However, in practice, they are all too similar. The living rooms full of dust-covered $10,000 Italian leather couches that are never sat on, the ‘artwork’ adorning the walls that the owners don’t even like, the bottles of wine bought not for flavor but to show off the expense share the same fundamental purpose with the Donk cars.

All of it is based on a culture of envy. But it’s not even an envy of anything practical or interesting. It is envy for its own sake.

And so truckloads of Chinese garbage will continue to float into our ports. 40 inch eyesores will continue to grace the freeways, blinding you with the reflected sunlight on their faux-gold paint jobs. Suburbanites will still have the towels you can’t use, the couches you can’t sit on and brag about the wine they’ll never drink.

I guess we’re all supposed to care.