Well, Super Bowl LI was definitely a lot more entertaining than anyone could have imagined. Such a comeback would probably be deemed too unrealistic even for Hollywood, had it not actually happened.

But the salt that flowed after the Patriots managed their epic comeback was the real story. Observe: 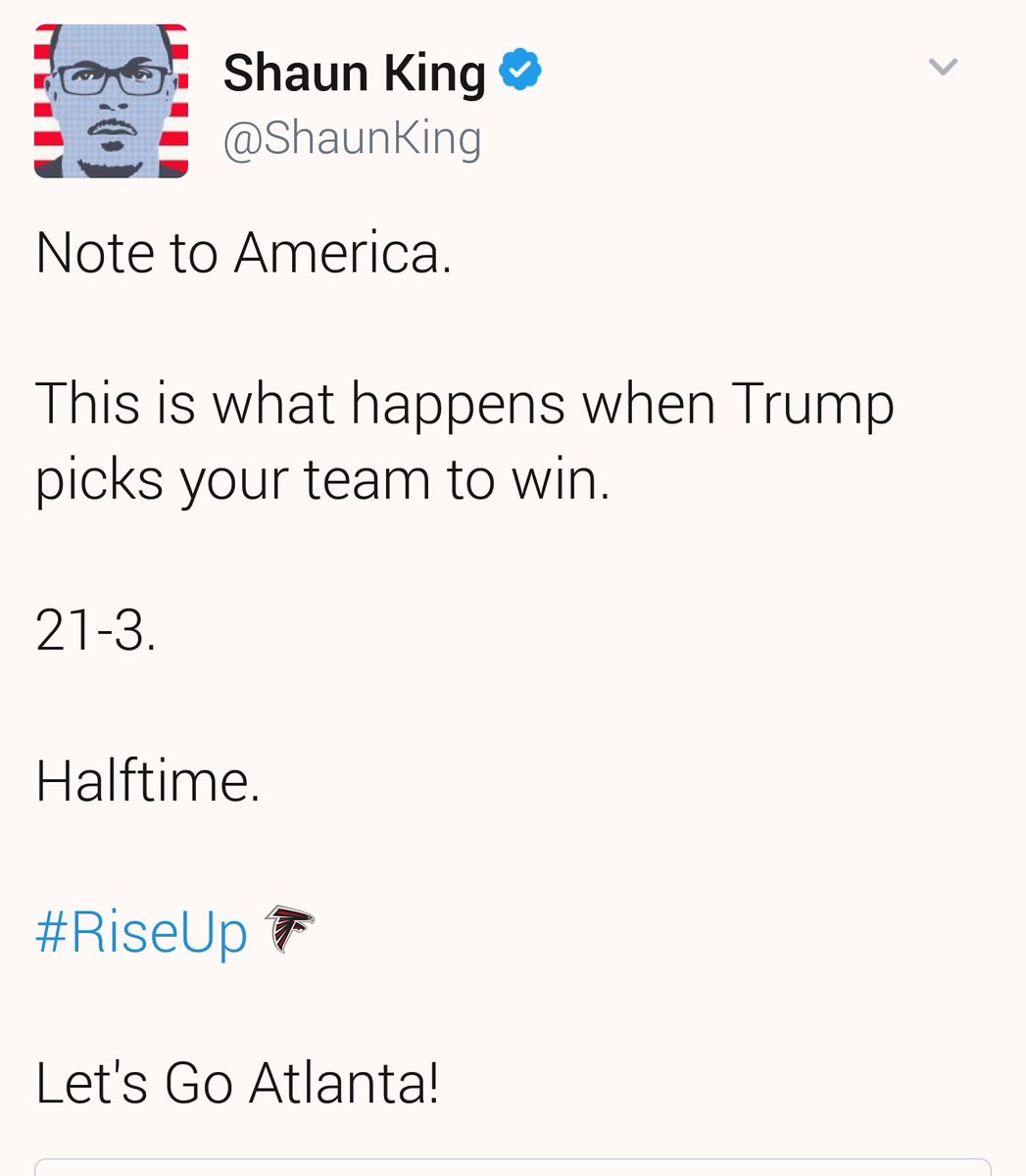 Shaun King deleted this tweet soon after. Can’t imagine why.

Identity politics has crawled into nearly everything these days. The Super Bowl is now a political statement about Trump, and Shaun King feels compelled to share this with us.

There was a great deal of speculation that Lady Gaga was going to deliver some kind of passive-aggressive political lecture about diversity aimed at Trump. Thankfully she decided to entertain us with a good show instead. For that, she has my respect. We pay them to entertain us, not lecture us, and it’s well she apparently understood that.

But there were all too many other folks willing to turn this game into a political statement. Observe: 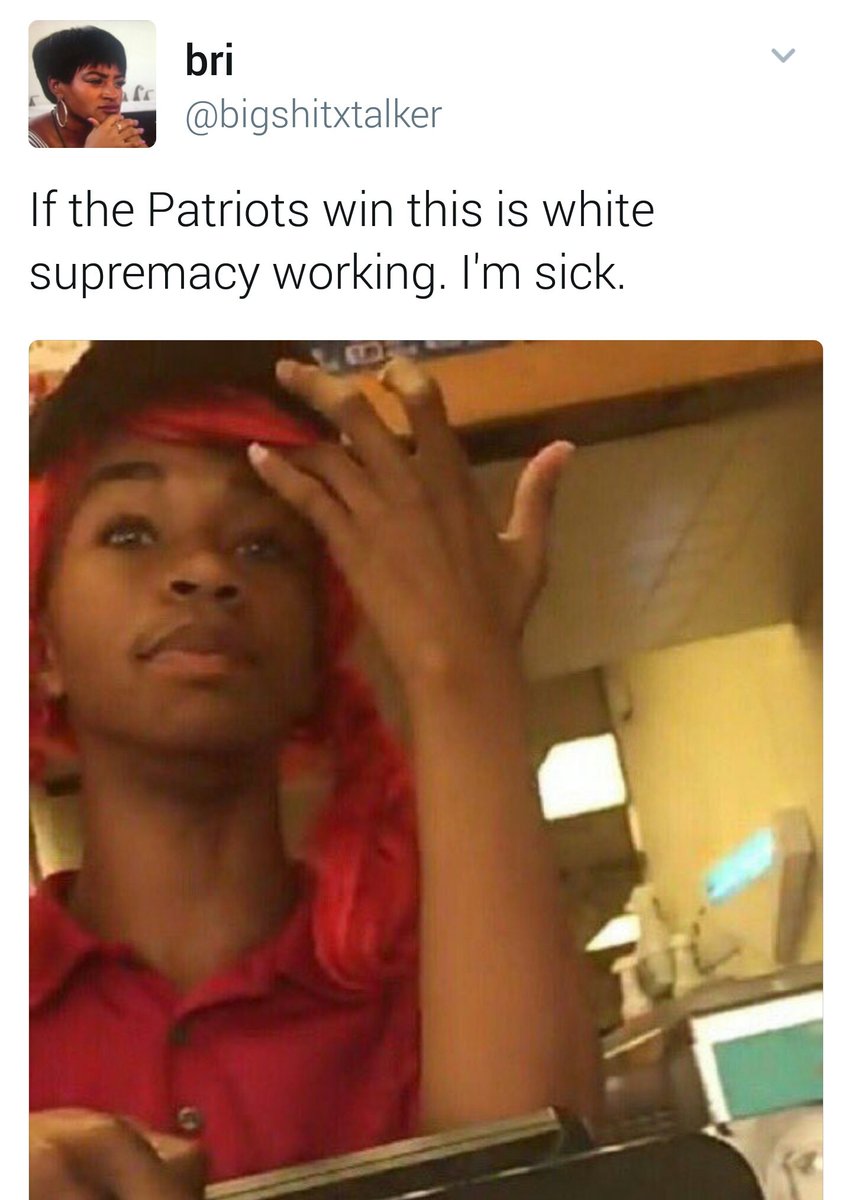 This could be an example of Poe’s Law, it’s hard to tell. But the stupid is strong with this one.

A friend of mine uploaded several screenshots of this sort of white supremacy garbage aimed at the Patriots. The salt, it seems, must flow. Tom Brady is accused of racism, sexism, homophobia, and a host of other narrative violations.

Brian Fallon, former Press Secretary for Hillary Clinton, couldn’t resist a jab of his own around halftime, when the Falcons were up 21 – 3:

The Patriots are winning if you exclude California and New York.

I made sure to inquire about the taste of his crow. Certainly, he must have a discerning palette for the dish, given that this was his second helping.

What’s fascinating about all this is that the Right wing wasn’t politicizing it. They wanted to watch football, and there were Patriots fans, Falcons fans, and those like myself who had no particular dog in the fight. It was entirely the Left who decided to tie it to the Trump campaign, I presume because Tom Brady was a known Trump supporter, and because he was white. Whatever Tom Brady’s other faults, at least he wasn’t as ridiculous with his politicizing as Colin Kaepernick and the other BLM supporters were.

Again, we watch the sport to enjoy the sport, not endure political lectures.

This guy wins the most ridiculous Super Bowl tweet award:

Personally, I’m not a Patriots fan, but I was greatly entertained by the record-setting comeback. Truly, it was an excellent game, one of the best in Super Bowl history. In the end, if you are entertained, the game has served its purpose. And if the Left wants to make the game into a political statement, then that only serves to increase the size of my schadenboner.

After all, the only thing more fun than a great game, is seeing SJWs crying because they accounted themselves as losers.