Folks, we’ve gone beyond mere doublethink into the Twilight Zone of Social Justice insanity. There is nothing too stupid, too bereft of meaning, to become an SJW headline. It’s getting to the point that a random chat bot could compose headlines that made more objective sense. Turing’s test must now be applied in reverse: when does a human being become so stupid as to approximate an AOL chat bot?

For our first example, I present Exhibit A: 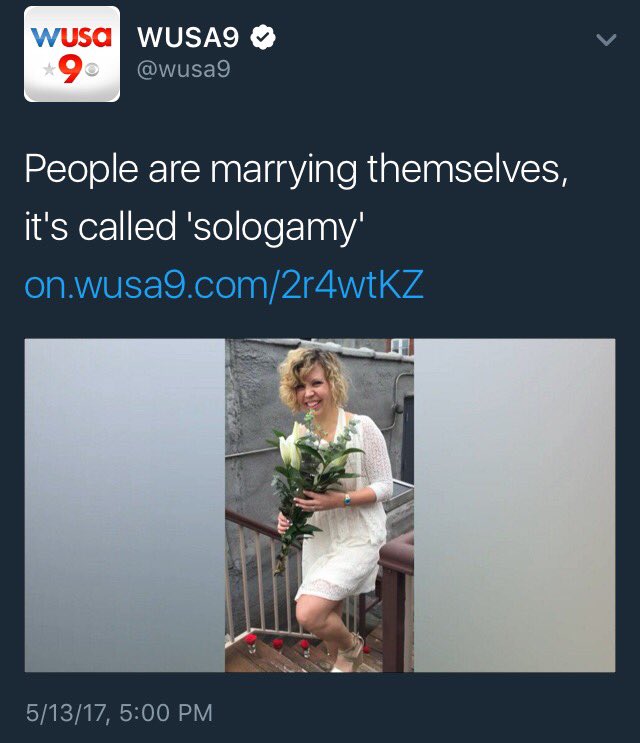 There is narcissism, there is solipsism, and then there’s whatever the hell this is. The ability of SJWs to coin irrelevant, bizarre jargon for their nigh-incomprehensible word salad is impressive, in its own way. Although, this headline begs the question: did this woman swear an oath to lie only with herself?

I can only presume that this woman conducted a sort of false ceremony in an effort to convince others that she was happy with her miserable life. More attention-seeking devices from the same species that invented the selfie stick and duckface, because damnit, it all has to be about me. Why go through all this effort to convince others of your satisfaction in your choice to remain single? If Social Justice remains true to form, we will soon be told that “sologamy” is morally superior to mere monogamy, because all sex is rape, or all men are evil (#YesAllMen). But hey, it’s all about equal rights for women, right?

Let’s move along to Exhibit B: 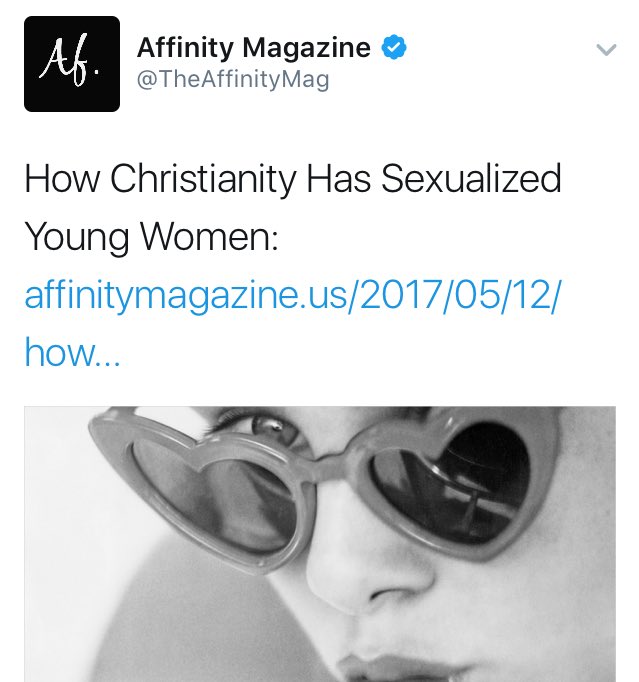 Affinity Magazine is one of the few SJW rags to approach Gawker levels of Social Justice virtue signalling. I actually skimmed this pile of drivel, and I feel dumber for having read it. One quote stood out as especially idiotic:

The surplus of women seeking higher education at universities has created less power for women in relationships they develop. This has caused women to compromise their Christian values and have sex in order to attract and keep a male partner. Women have to compete with one another for a male’s attention. Because of the ratio, women are both pressured into being promiscuous and being slut-shamed by the Christian influenced American society.

Here we see the SJW ranting about the “surplus of women seeking higher education.” Presumably, she is bothered by the fact that more women than men are attending and graduating colleges these days? I thought education was all about empowering women? Make up your damned mind, please. Now, she explains, colleges are promiscuous because they are not Christian enough? And this is, somehow, Christianity’s fault because America is mostly Christian.

Even a superficial reading of the article is sufficient to expose the author as a drooling idiot.

On to Exhibit C: 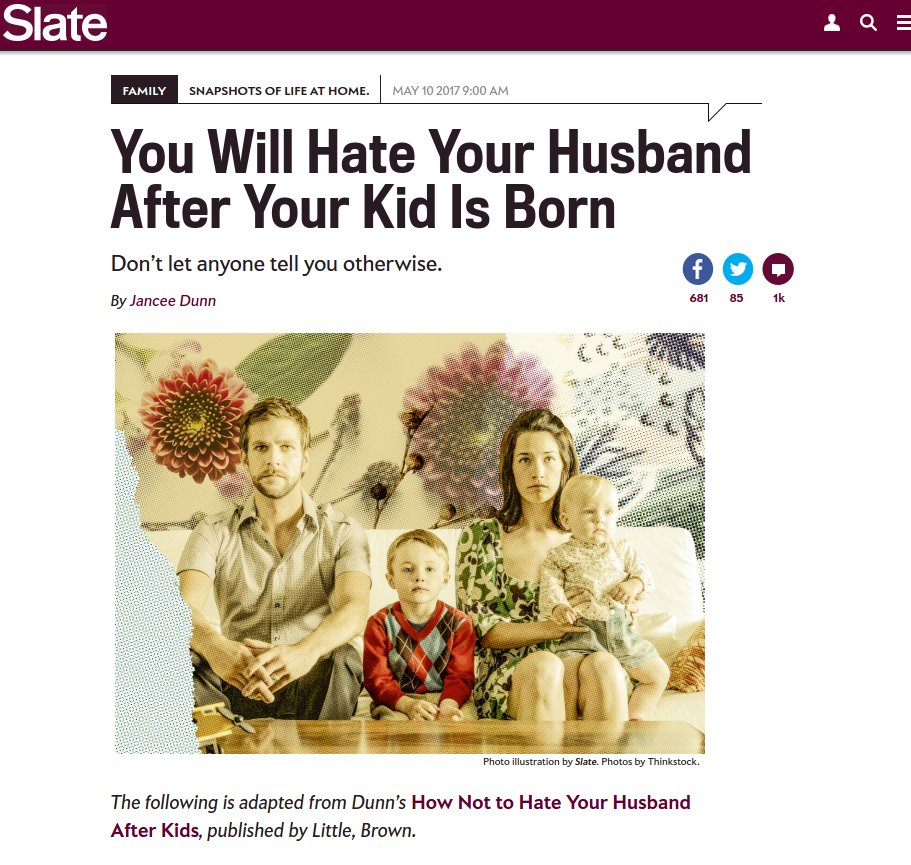 Family is a concept Marxism has been at war with for a very long time. A strong nuclear family tends to resistance collectivization because of the simple truth that a parent generally wants the best for his children. Bread lines, riots in the streets, and the other sorts of things common in Communist countries just aren’t seen as wonderful and great for the children. Certainly Venezuela’s infant mortality rate didn’t so so well recently.

And so for SJWs, anything to promote the image of families as divisive, oppressing, and outmoded is quite welcome, even when presented in the passive-aggressive form of “how not to hate your husband.” The very premise is ridiculous. You don’t need a guide to tell you not to hate your husband. If you hate him, why are you married in the first place? And why would having a child with someone you love cause you to suddenly do a complete 180 and hate his guts? 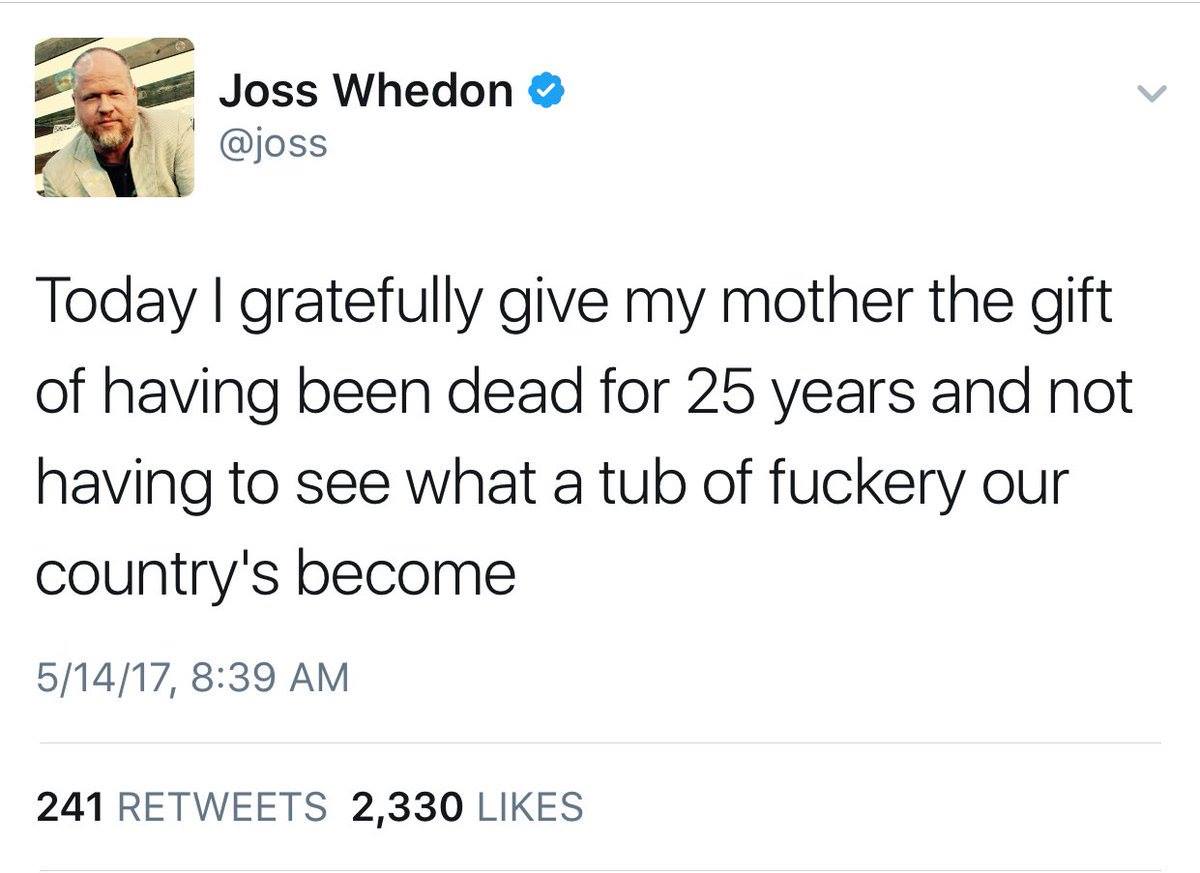 Okay, it’s not a news headline. But it is a spectacular example of just how far the Leftist will go in his quest to make everything political. A mother who died 25 years ago is dragged into a political tweet about Trump on Mothers Day. This rationalization is like a final boss in the game of word salad. The pretzel-like intellectual hoops Joss must jump through to associate his dead mother with Donald Trump are truly staggering to observe.

Our final exhibit today exceeds even the idiocy and pettiness of Joss Wheedon: 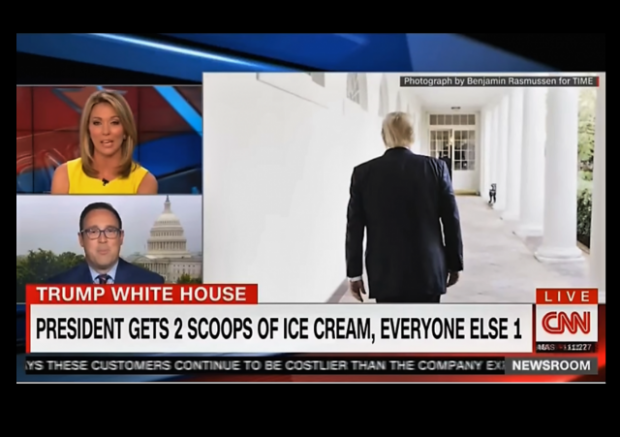 Yes, my friends, this is true. Trump sometimes eats more ice cream than other people at the dinner table. CNN thinks they are delivering a funny when the reporter says “and CNN got the scoop… literally!” Bad puns aside, the pettiness of talking about dessert choices at the White House is low even for the very same media that fell for the 4chan Russian hotel prostitutes hoax.

When I saw this graphic floating around Social Media, I was convinced it was a photoshop job, just because I couldn’t believe even CNN would stoop quite that low. But I suppose I shouldn’t have been surprised, after all the media told us that Trump’s habit of ordering his steak well done was some kind of apocalyptic omen.

Oh, whatever will you do, if you are eating dinner at the White House, and the server brings you one scoop of ice cream, and gives Trump two!

The lengths the media has gone to in order to discredit Trump is unlike anything I’ve ever seen in America. The vitriol, the passive-aggression, attacking him for even the most minor and petty of perceived transgressions against the gods of ice cream scoops has convinced me that this is only one step removed from all-out open warfare. Nothing is off limits. Not even the most minor of things, one’s taste in food, is off the table.

The attack is 24/7, never letting up for even a moment, with the entire media, most of the government, and most of the entertainment industry engaged in constant battle against Trump’s administration.

They didn’t even hate Bush quite this much.