Right to Bear Arms: Limited or Not?

Perusing Twitter last night, I came across an interesting observation made by Mr. X, a gentleman whom I have followed for some time: 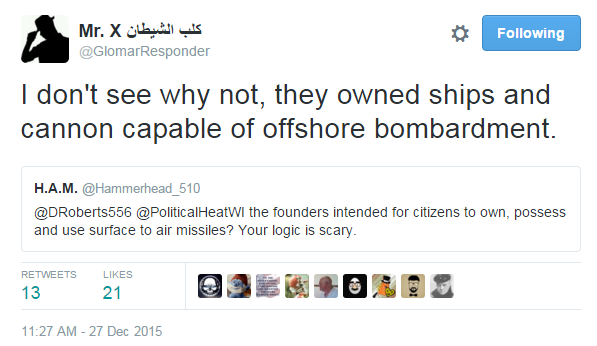 The fascinating part about this argument is that it is true, and the founders themselves would be absolutely horrified by the level of restriction we have placed on arms. A common Progressive argument is that the right to bear arms only applied to an “organized militia.” This is made without the understanding that every able-bodied man of military age was considered, de facto, a part of the militia. Another common argument is that the right only applied to “muskets” or other period firearms. Semi-automatics, revolvers, repeaters, etc… were not envisioned, they say.

Except that repeating firearms were well known during the period. Multiple barrels were the solution of choice in that time period, although there were other techniques. One particularly interesting idea used compressed air with lead pellets, fired at high velocity. Another was to revolve the entire barrel, a predecessor to the revolvers of the 1800s. Point is, the concept was well known to the founders, and they saw no reason to write them out of the Second Amendment. 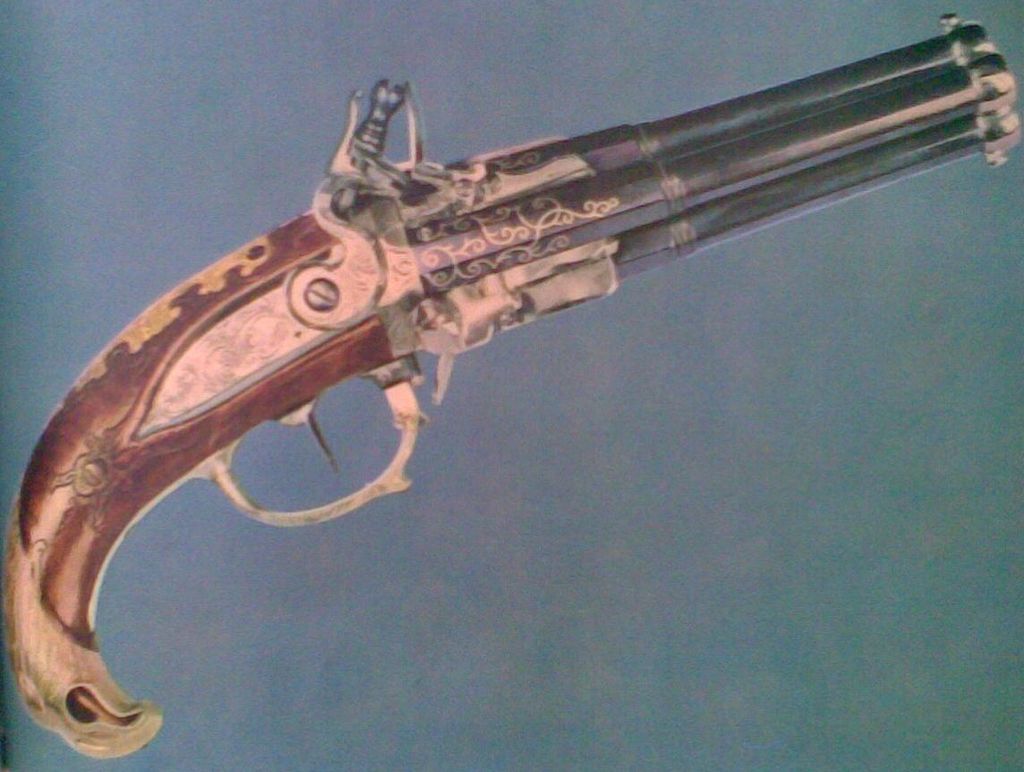 One solution to the problem.

But what about, as Mr. X’s opponent postulates, surface-to-air missiles? Tanks? Naval vessels? Note that the Second Amendment doesn’t restrict their use either. And, as Mr. X points out, merchant vessels of the day were often loaded with cannons that could have easily been used in a shore bombardment capacity. In those days, piracy was still a major problem, and an unarmed, unescorted merchant ship was a tempting target.

Some “merchant ships” were barely-disguised frigates or fourth-rate line ships. East Indiamen were often commandeered for military use during time of war, and participated in many smaller naval battles. This was a type of vessel within the means of many wealthy merchant houses. 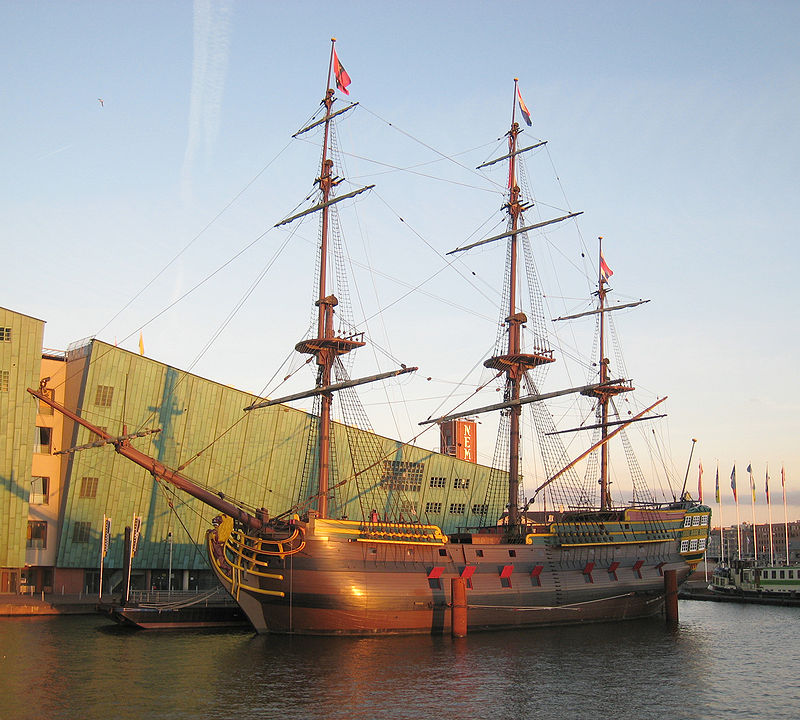 The tea trading industry being somewhat well known to the founders (the understatement of the day), you know they were well aware of armed merchant freighters, carrying cannons often as large and powerful as those found on naval frigates. Yet, again, they did not write anything about them in the Second Amendment either.

In simple terms, you could own any weapon you wanted to. A musket, a proto-revolver, a cannon, and even a frigate loaded with cannons. It would be the modern equivalent of owning, say, a somewhat cut down version of an Arleigh Burke-class destroyer. Given the recent rise in Somali piracy, it might not be bad idea to begin rearming merchant ships accordingly.

But, the point is, the founders didn’t seem worried that some lunatic with an American East Indiaman vessel loaded for bear was going to randomly, and for no particular reason, bombard the crap out of New York, even though they were theoretically capable of this action. For one, the government was not helpless against them. Early American frigates were noted as some of the most powerful vessels of their class, and secondly, important harbors were usually fortified.

Perhaps most importantly, the kind of man who would spend the modern equivalent of millions, perhaps billions, on a vessel capable of such an attack would hardly risk it in some half-baked domestic terror attack. This is borne out by the fact that in American history, this never happened. Not even once.

So let’s circle back. If you can own something like an Arleigh Burke-class destroyer, at least according to the original intent of the Second Amendment, why not a surface-to-air missile? Or a tank? Like the frigates of old, these are expensive toys. Allowing their purchase will not result in a sudden flood down to Wal Mart to buy them. Few could afford them. Those who could afford them may have a need for them, as geopolitical tensions rise. Installing a missile launcher on your supertanker could wind up saving the crew and cargo from pirates.

But even if they don’t have a need, the Second Amendment is not qualified by any specific limitations. If you really want to buy a missile launcher, and you have the cash for it, the Constitution isn’t standing in your way. The Federal Government is, of course, but as we know, it is hardly Constitutional.

Now, here’s where a typical Progressive will say “well you want anybody to just be able to buy nuclear bombs or something!” Well, no. Most weapons we have today are developments of much older technologies. Repeating firearms were known, for instance. So were cannons, grenades, even armored vehicles. Airplanes are relatively new as a delivery vehicle but what they deliver would be well understood by most 18th century military men. When reading the book Victoria, I was reminded of the fact that aircraft are, essentially, the ultimate long-range artillery. Napoleon would have loved them.

To the point, though, nuclear weapons, chemical weapons and biological weapons are different. Now, the Second Amendment doesn’t say anything about them, but perhaps it should. This is what Constitutional Amendments are for, incidentally. Own whatever you like so long as it isn’t a weapon of mass destruction, which has a very specific definition. That sounds like a reasonable amendment to me.

Progressives are afraid of weapons, which is really quite stupid, because the weapon itself is an inanimate object. It is the wielder that you have to worry about. Since Progressive logic is precisely backwards, they desire to restrict the inanimate object, but allow in people who are demonstrably a threat. The fighter will find himself a weapon, or fashion one himself, which is something that Leftists can’t wrap their minds around.

Either way, however, the Second Amendment prohibits the government from regulating any of this. If we take the original amendment, as understood by the people writing it, it would mean that any adult male capable of fighting has a right to own any weapon they want, and can afford.