I, like many in my particular circle of political pundits and commentators, often think of myself as a recovering Libertarian. That is to say, my instincts are to live and let live, and to avoid enmeshing myself in someone else’s business. Those are very Libertarian instincts, when converted into political parlance.

Thus any alliance with the “Social Conservatives” has been one of convenience. We share a common enemy in Progressive Leftism, and that is all.

But as I’ve aged, I found portions of Libertarianism to be self-defeating. Namely, Libertarianism is chiefly defined by its opposite. What Authoritarian Socialists like, Libertarians dislike, and vice-versa. Given that Socialism is one of the most insidious and pervasive of society’s ills, that’s not a bad place to start. But it’s just that, a starting point.

But Libertarianism tolerates its own ideological destruction. It would sit idly by, for instance, while civilization tore itself apart so long as that destruction was not perpetrated by a government force. When Brenden Eich was ousted from Mozilla for his donation to an anti-gay marriage campaign, Libertarians shrugged. Let the market decide, they said, even though this was a gross and obvious error.

Libertarians thus allow de facto silencing and censorship, so long as the ruling class retains plausible deniability over its enforcement. If a government had demanded Brenden Eich’s resignation, they would have been rightly outraged. When a group of immature, anti-civilizational SJWs attempt to strongarm the overall culture, the Libertarians remain silent. 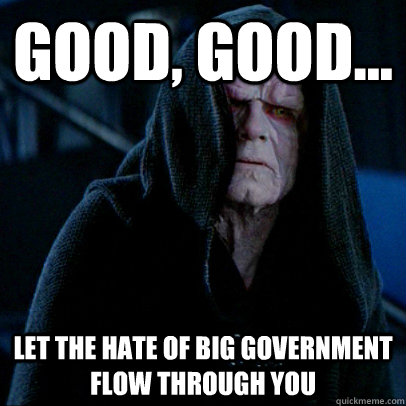 This is a fatal flaw. A Libertarian society is likely to fall victim to the quotation commonly attributed to Lenin: “The Capitalists will sell us the rope with which we will hang them.”

A better way to put it is, a smart Capitalist would use his brain and decline to sell rope to Communists who want to hang him. Libertarians are well-advised to consider this.

Or, to put it in a modern context, accepting illegals from a Socialist-leaning Third World country like Mexico is unlikely to further the interests of freedom in America. Soon, any nation that did this would be overrun with Socialists and would no longer be free in the American sense. The same could be said with large-scale Muslim immigration. The places they come from are not bastions of intellectual and economic freedom. Unless the individual immigrant is some kind of pro-Western, pro-Freedom revolutionary, they are unlikely to serve the cause of freedom in America.

But Libertarians often feel they must accept immigrants regardless of political leanings, culture, religion, origin, etc… Indeed, in debating with many of them, I find they are torn. Many of them see the results of this problem, but are unwilling to compromise their principles in order to fit reality. They will fuss and fawn over the poor, down-trodden migrants as much as any Leftist.

They dislike radical feminism but countenance its destruction of everything from higher education to toys for girls. They concede the other side’s right to disagree without understanding that the other side does not reciprocate. If SJWs ran the West openly — and weren’t merely subverting it — I’d be thrown into an oven before nightfall. Trying to have “meaningful” dialogue with such people is an exercise in futility.

Agreeing to disagree still requires, paradoxically, a certain level of agreement. Instead Progressives attack Libertarians incessantly, but when attacked themselves, retreat behind freedom of speech. It is similar to the Islamic way of fighting these days. They will murder, terrorize, and commit genocide. But when attacked themselves will revert to tearful denunciations of the evil Western Imperialists. We’re babykillers, they will say, or something equally offensive.

Too many Americans fall for this ruse.

I’m not sure what the proper response is. I don’t wish to destroy freedom in an attempt to save it from the clutches of the Progressive Left. But I can tell you that the Libertarian road leads to eventual defeat. And tolerance of the intolerant is a critical weakness of the West, as a whole.

It used to be understood in the laws of war that when an enemy took off his uniform, but continued to fight, he could be executed as a spy, tortured, and otherwise deprived of the usual protections applied to a prisoner of war. Wearing the uniform was a certain base level of agreement between the combatants.

Similarly, Progressives seek to destroy our freedoms and do not agree on our basic rights. But they will attempt to shelter themselves behind its protections whenever challenged. I said of the freedom of religion, once, that if you do not believe in freedom of religion yourself, you ought to be deprived of its protections. Let it be as you desire. If the Buddhist or the Jew will live with me, the Christian, in peace, all is well. If any should come along and suggest that I shouldn’t be allowed to practice my religion (or, worse, must convert or submit to theirs — see: Islam), why, then, is he allowed the comfort of his own? There are places in the world which function under religious tyranny and enforced orthodoxy. Go there, if this is what you want, don’t turn my country into that.

If I cannot exercise my right to freedom of speech, why, then, do we concede their right to speak?

It’s a dangerous road, one that Libertarians rightly fear, because it trespasses on the knife’s edge of freedom and tyranny. But where they won’t consider it, I must.

But nobody said freedom was easy, simple, or free.