Progressive Spew at the Sandwich Shop

Just a quickie for today. I’m really working too much these days. I’ve been taking on too much business, and all of my other pursuits have suffered for it. But since the economy is still shaky, and nobody can predict what effects the election will bring upon it, I err on the side of making extra money, while it’s still possible to do so. Yet sometimes out and about meeting with my clients, I’ll run into random Progressive spew. In this day and age, it can’t really be helped.

So today I stopped at this little cafe down the street from one of my clients, and picked up a copy of the Tampa Bay Business Journal that was partly stuck to the table from the previous patron, a common little publication that circulates around downtown businesses. Lo and behold this little gem: 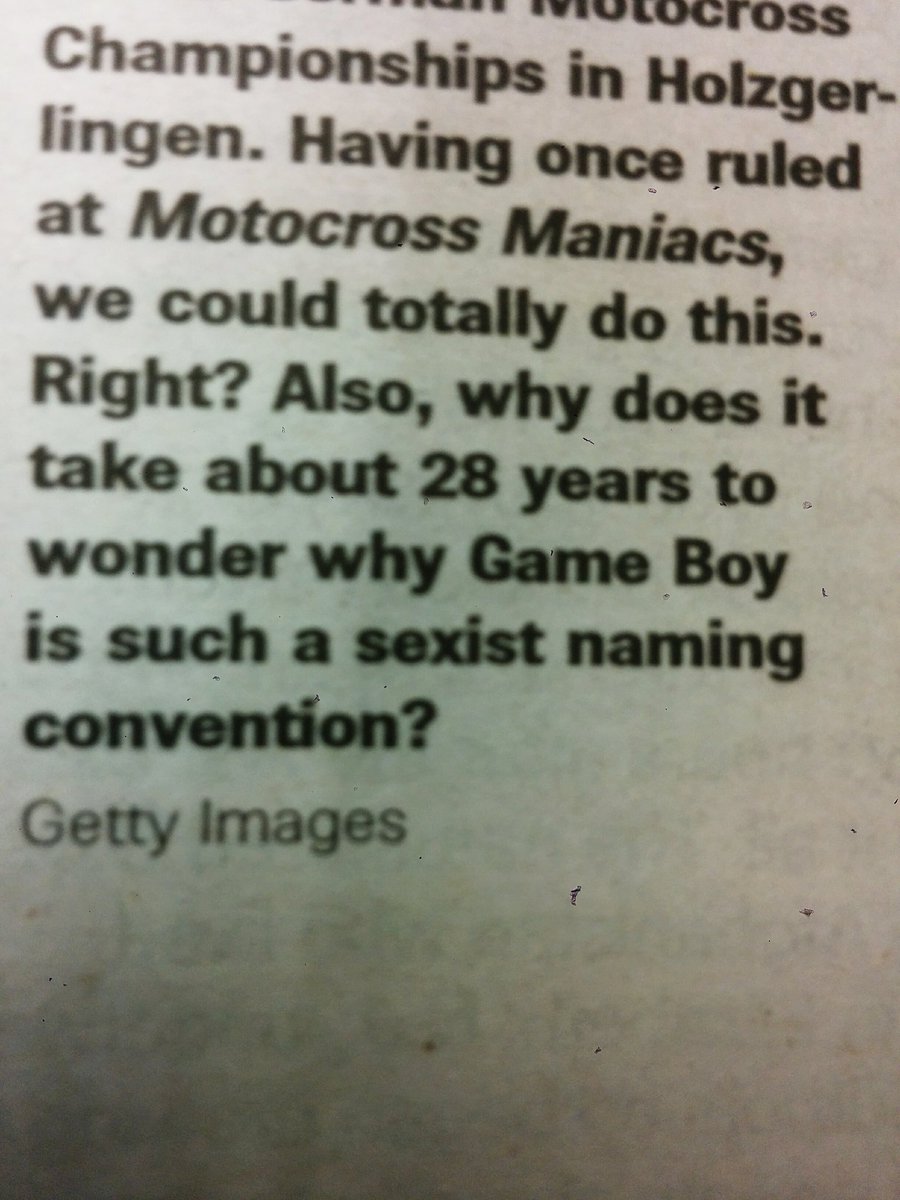 Yes, according to at least one journalist at the Tampa Bay Business Journal, the Nintendo Game Boy was sexist. It goes back to Anita Sarkeesian’s mantra, repeated endlessly in her videos: “everything is racist, everything is sexist, everything is homophobic.” And the referenced picture was of a motocross event that wasn’t even in the Tampa area, so it had nothing to do with video games, or Nintendo, or Game Boys, or sexism. It certainly had nothing to do with the publication’s supposed function relating to Tampa area business. The author went out of his way to put this little snarky remark into the article.

I can’t say it surprises me anymore. The journal has been infested with SJWs for some time now. Every few days, they’ll run a political cartoon about how awful or disgusting Donald Trump is. And while I’m not exactly in the Donald Trump fan club, it’s telling that there are no corresponding cartoons about Hillary’s faults. Indeed, every once in awhile I’ll catch an article in the journal about how Hillary is going to be great for Tampa. Somehow. They never really get around to explaining a logical reason for their assumption.

I wouldn’t even read this thing, except that it’s free, and usually scattered about the tables at the downtown cafes I stop at for lunch. That and I have a morbid curiosity surrounding what SJW spew they’ll vomit out next. I remember awhile back when the Tampa Bay Times’ TBT publication, another free publication often distributed in the same cafes (I think it’s owned by the same people, but not 100% clear on that — it certainly gets distributed in the same places), ran a piece about “Operation: Feminist Boyfriend.” It was some kind of progressive propaganda about the moral superiority of male feminists and their supposed rarity and higher mate value. What that had to do with Tampa, or why this had to be distributed in all the downtown sandwich shops, I don’t know. But whatever. 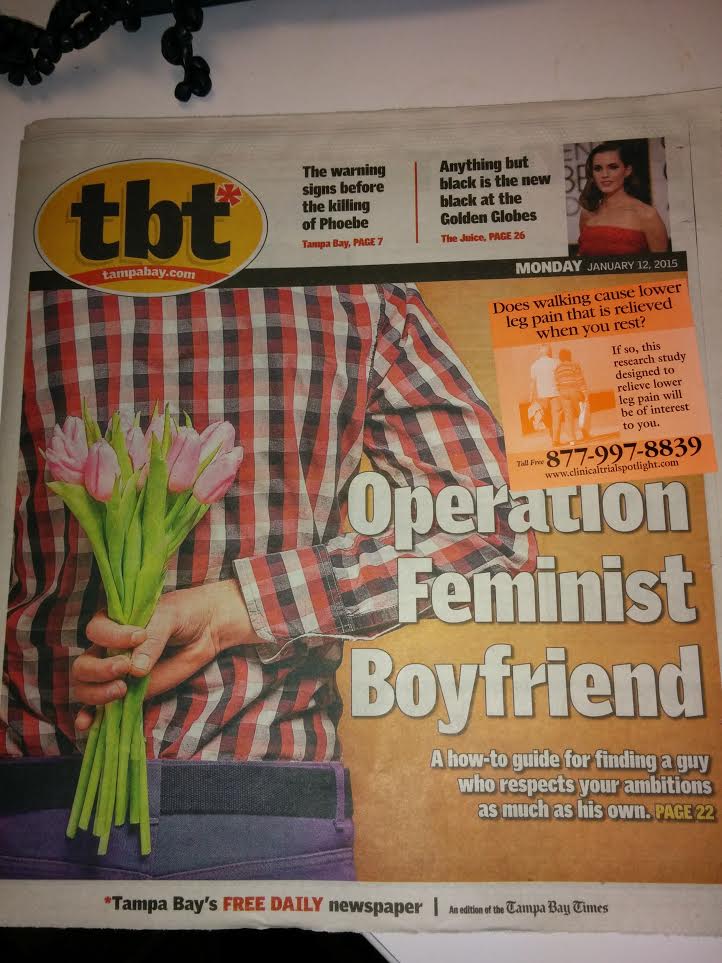 It’s a weird world we live in. I imagine these little free publications will eventually run out of steam. It used to be that the little bins for them would have only a few copies left. Just enough for people to pause, eat their food, and take a copy with them. Now the bins are mostly full, and there are random scattered copies on the tables which people might use as a placemat, or as idle distraction. I’m not sure how long any business can sustain wasting piles of paper like that. But that’s Progressives for you. “Save the environment,” they say, except when it comes to printing blatant propaganda and blanketing the city with it. That, of course, is perfectly okay, whether sustainable or not.

But remember folks, it’s vital for businessmen in Tampa to understand that Nintendo Game Boys are sexist, and they really ought to be some SJW’s proper feminist boyfriend.