Well, dealing with a newborn, doing a lot of work, and getting my home fixed up and ready to sell all at the same time is… fun. And by fun, I mean sleep-depriving. But I’m coming up to the end on a lot of my work, which is good. In any event, a lot has happened since I was last blogging here. Of course, my first topic after my hiatus is going to have to be the guns. Specifically, the supposedly spontaneous child protests across the country.

To preface this, I don’t care what a child thinks about political issues any more than I worry about my dog’s opinion of my cooking. This strikes me immediately as similar to the “woke 8 year old” bologna that appeared all over Twitter in the wake of Donald Trump’s victory over Hillary Clinton. 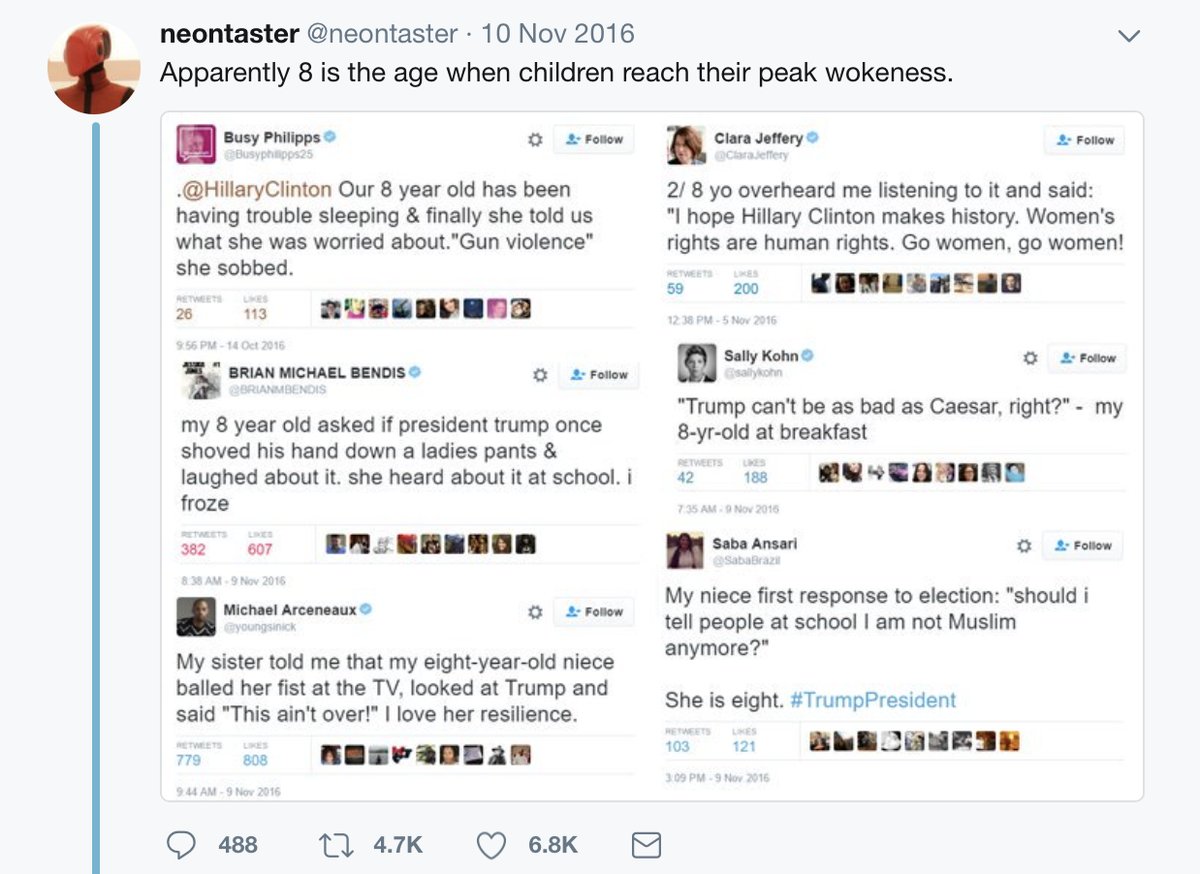 This is another manifestation of Weaponized Empathy. “It’s for the children” was a tactic employed by the media during the Syrian refugee crisis, often by showing carefully staged bodies of children, or as in one particular example, showing an injured child in an ambulance. In the latter, the child was dirty and bleeding, but journalists still found time to sit him in the otherwise clean ambulance and take a carefully-considered photo to push their political points.

However, today’s tactic is, perhaps, even more insidious. In this case, Progressives are using the gullibility and lack of experience of children to push for their political goals. One individual of some noteriety, whose name escapes me at the moment (it made the rounds on Twitter, if one of my readers has a name please drop it in the comments), mentioned that children are often wiser than their parents on social and political issues. And they are supposedly less gullible, too. And while Democrats want to raise the age required to purchase a gun, they simultaneously want to lower the voting age. Surely there’s no self-interest in that, right? After all, it’s easier to talk a child into Socialism with a basic “it’s not fair” kind of argument.

Look, the fact is children just don’t understand. That’s why they are children, not little adults. They don’t have the life experience to make such weighty decisions yet. The fact that some of them were talked into protesting (I seriously question the spontaneity of these events) doesn’t mean anything. When I was a child, I once threw a ball of watered down toilet paper at the gym teacher, and the other kids laughed and clapped when it happened. Children do a lot of stupid things.

Woke 8 year olds around the world were trashing Trump, right? Just like mommy told them to. Now students are comparing the NRA to the KKK, just like their parents and/or teachers are doing. And so long as they parrot a Leftist agenda, why not, right? I’m sure if a bunch of 8 year olds started protesting abortion, the Left would tell us how the kids are brainwashed or something. The media spin would go in the opposite direction, because according to the media, Left = good, Right = bad.

Hilariously, as a friend of mine pointed out, the children cannot even maintain a level of consistency (because they are children) in their messaging. Take a look at this hilarious example and see if you can spot the contradiction: 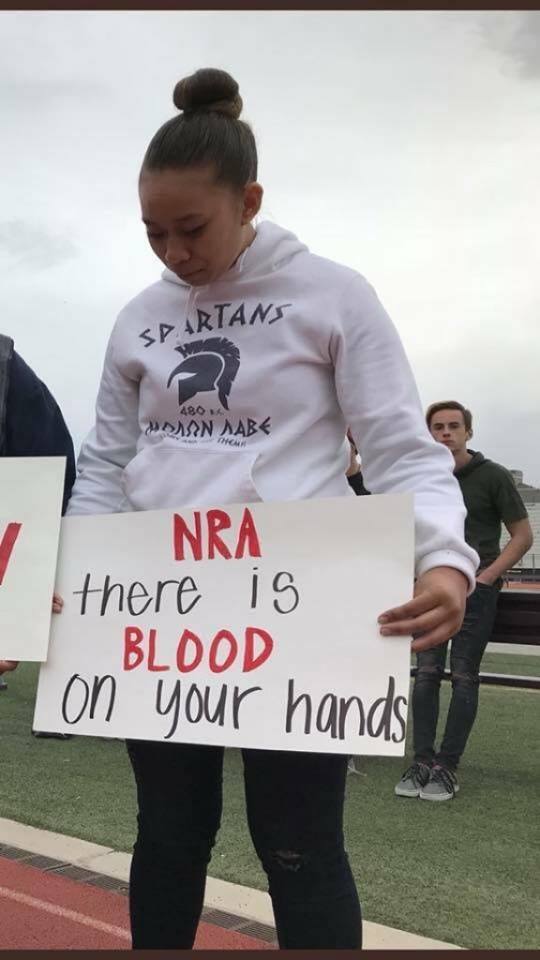 I don’t care if a child is singing the praises of Donald Trump or comparing the NRA to the KKK. He’s a child. His political opinions are irrelevant. Anybody attempting to cynically use a child’s ill-formed positions in an effort to sell a political agenda is evil. Such people are using our natural instincts to protect and cherish our children in order to sell a political position. Forget the facts, forget the rights of Englishmen. Forget history, forget economics, forget what actually works and what doesn’t. Instead, the message is this: “do what we say, or else you hate children.”

It’s conceptually no different from “you want to push granny off a cliff.” It’s an emotional argument. Pure rhetoric and a form of Weaponized Empathy.

Yesterday my 3 year old wanted a popsicle for breakfast. Because he’s a child. His opinions on nutrition are irrelevant. And so are the opinions of children on the matter of gun ownership and gun control. They are being used as pawns in someone else’s game. And the idiot who said children are less gullible than adults is a liar.

I mean, what’s next at this point? Here’s a list of some unpleasant truths about Progressives and the cynical manipulation of people:

And so on and so forth, ad nauseam.

Everything they do is about more Socialism. And they don’t care what lever they use to move you out of the way of Progress ™. Sad stories about third world refugees failed to move you? Okay, bring out some pictures of dead kids. That didn’t work? Con their own kids into some kind of twisted version of the Children’s Crusade and get them protesting in the street. That didn’t work? How about some woke 8 year olds on Twitter? How about some peer pressure? How about threatening your income?

You have to understand, with these people, the means doesn’t matter. Only the end matters, and the end, as they see it, is Socialism.

This lever failed to move me. It was, in fact, one of the dumbest Weaponized Empathy tactics I’ve seen them deploy in recent days. If we listened to children, everybody would be eating junk food, watching TV, posting on social media, and playing video games basically 24/7.

But what do I know, right? Listen to some 10 year old who was talked into protesting by his teacher saying he could get out of class early. Because that clearly makes sense, right?