On Trump and Conservatism

If you’ve read Tom Kratman’s Caliphate book, you will be familiar with the character of President Buckman. Without giving away too much of the story, suffice it to say Buckman was not a pleasant man. He, in effect, nuked most of the Middle East and turned America’s Federal Republic into a full-fledged Empire of the traditional sort. He uses the power of Presidential pardon to assassinate political enemies, he suppresses freedom of speech and launches a global World War III against Islam.

Funny thing is, in this story, America is still the good guy, relative to their Islamic enemies who are much, much worse. It is much like the grim dark setting of Warhammer 40k, in which a man’s only choices are evil lite, in the form of a violent militant theocracy bent on universal domination and the complete slaughter of all enemies, or a much greater evil that defies simple explanation, except to say that they make Hell look like a pleasant vacation spot. 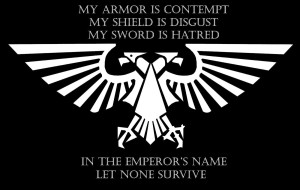 Note: this is the Imperial Creed of the GOOD GUYS in Warhammer 40k.

The precedent of Grey and Black morality is not a new one, and in some ways, Trump represents the modern incarnation of this concept.

The film Chronicles of Riddick had a great line to this effect: ” In normal times, evil would be fought by good. But in times like these, well, it should be fought by another kind of evil.”I’m not saying I like Trump — I don’t. I’m not saying I think he is a good man — I’m pretty sure he isn’t. At the same time, we’re in a weird nexus of events. I’ve been feeling it for years. America is very far gone, at this point. The engine stopped turning a long time ago, and we’ve been coasting as incestual political parties fought over the steering wheel.Is Trump a Hitler? No, I don’t think so. But he might be a Julius Caesar, with all the faults and deluded ambitions that man possessed. Nonetheless, better to choose Caesar than to select Nero or Caligula, or to start combing the psychiatric wards.The ideal America so many people have in their minds, especially in the Conservative world, died a long time ago. We don’t have the luxury of choosing between good and evil anymore. When it’s Grey & Black Morality, you choose Grey. I see this as true even for the strongest of fighters for the Right today. The most effective resistance comes from men like Vox Day, Mike Cernovich, even militant pagan playboy Roosh V. These are all men who skirt the line, so to speak, using the enemy’s own tactics, amplified to devastating effect.

My own readers know that I am not as gentle and enlightened a soul as many on the Right. I will not hesitate to employ personal attacks and vulgar language to demean my enemies, mock them to their faces and dare them to strike me, for all I require is the excuse that they strike me first. I wish to hear the lamentations of their women, and women-like men (see: John Scalzi). 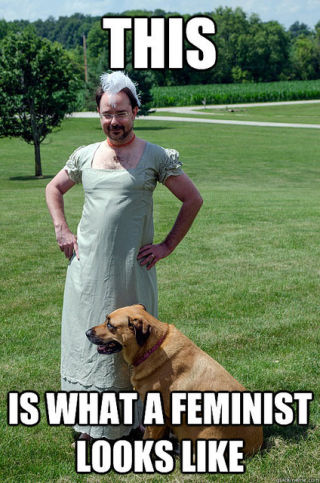 This is your opposition.

Tom Kratman himself is not what I would call a “nice” man. When he writes of crucifying one’s enemies, you can tell that he means to do so. Nor, I might add, can I find fault in his reasoning.

So this isn’t quite the same thing as voting for the usual RINO candidates shoved our way by a decaying Republican Establishment, because those ineffectual, compromising talking heads were tools of the enemy. It was simply the case that they were worn and dull, and more likely to slip from the enemy’s hands than a fresh, new tool cast in the modern propaganda factories of militant Progressivism.

Trump is nobody’s tool, for whatever other ills the man possesses. And it is time for the kind but weak men of the old Republican party to take a back seat and let us of more grey morality lead for awhile. The enemy has beat us to near-death because we have refused to employ his own means against him, for we adhere to the maxim: the end does not justify the means. This is true, to be sure, but there is a corollary in the annals of war: any devastating weapon your enemy employs, you must employ also. Nuclear deterrence worked with the Soviets because they had seen us drop nukes on Japan. They knew that we would most certainly employ them on the Soviet Union if they dared likewise.

Not a nice man. But if he says he will deport somebody, you believe he’s capable of doing it.

The Left has dropped ideological nukes on our position for too long, while RINOs refused to hit the button on their end. No longer. We will hit the button for you, squishy RINOs. Get out of the way. We Evil Legion of Evil folks will break down the media, we will destroy the Social Justice community. We will oust the Left from organizations like Worldcon or let them burn the whole edifice down themselves. No Award all you like, little Socialists. Scour the land clear for us. 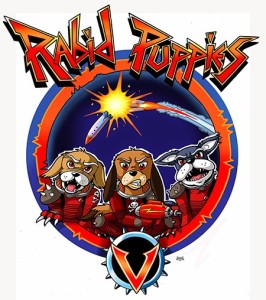 We will deport the illegals or break the whole damn country. We will reclaim the Universities or see them bankrupted. We sling the media’s own crap back at them until they cry and resort to anti-depressants. For too long we have hesitated, because we wished to appear proper and upright. No more. These things will have to be done no matter who gets elected to the Presidency.

There’s something about the coming election season. I can’t quantify it, exactly, but it’s a feeling I can’t shake. And I’ve learned, over the years, to trust my gut in this regard. I think Trump may be a final opportunity to change course before all this proverbial fecal matter intersects with the air circulation device. He’s got the testicular fortitude to do it, anyway. The rest of the field, however good and honest they may be, lack the capability. Of course, Trump may burn the whole country down too.

But in all probability, we’ll have to burn it down anyway. So maybe it doesn’t make a difference after all.