This post has been brewing for awhile, but the right words just weren’t coming to me. What I’m about to describe is nebulous, difficult to articulate, and likely to be highly controversial.

You see, I am one of those travelers on the Right who has, for the most part, been able to move freely among the various factions. Obviously, I do not agree with everyone  in all of these factions — this is impossible without significant cognitive dissonance — but I did manage to understand why they arrived at the positions they did. And, most importantly, they understood how I arrived at mine.

Naturally, our common enemies among the Progressive Left meant that despite sometimes serious differences, we were able to get along. Common enemies bring people together. When Germany became powerful before both World Wars, long-time enemies Britain and France suddenly became the closest of friends. Threats can concentrate the mind wonderfully. 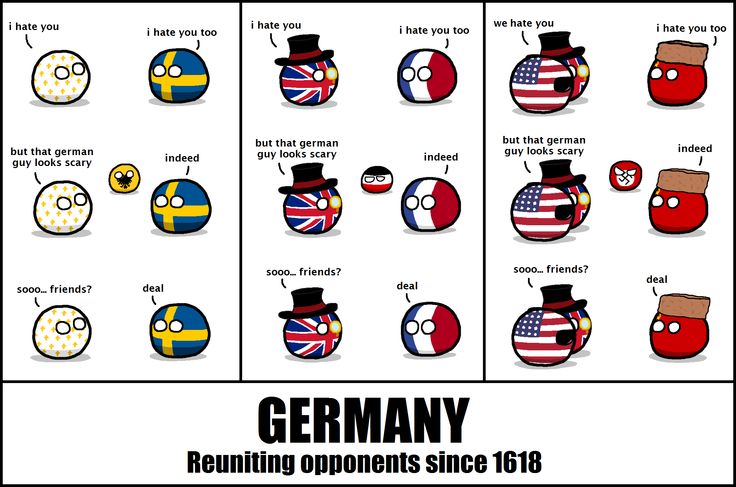 American politics has worked like this for a long time. Factions tended to unite into two loose party coalitions. In fact, world politics has operated this way for at least the last century or so. Grand coalitions formed. Axis against Allies. NATO vs. Warsaw Pact. I could go on, but you get the idea.

What we are seeing today is a reversal of this trend, both at the meta-level of global politics, and at the more local level with political parties. Nations are falling apart. Secession movements are everywhere, from Scotland to Catalonia. And you know the Texans are mulling it over, too. The Soviet Union broke apart along its ethnic and religious lines.

And now America is doing the same.

The National Review lobbed a salvo into the fray: 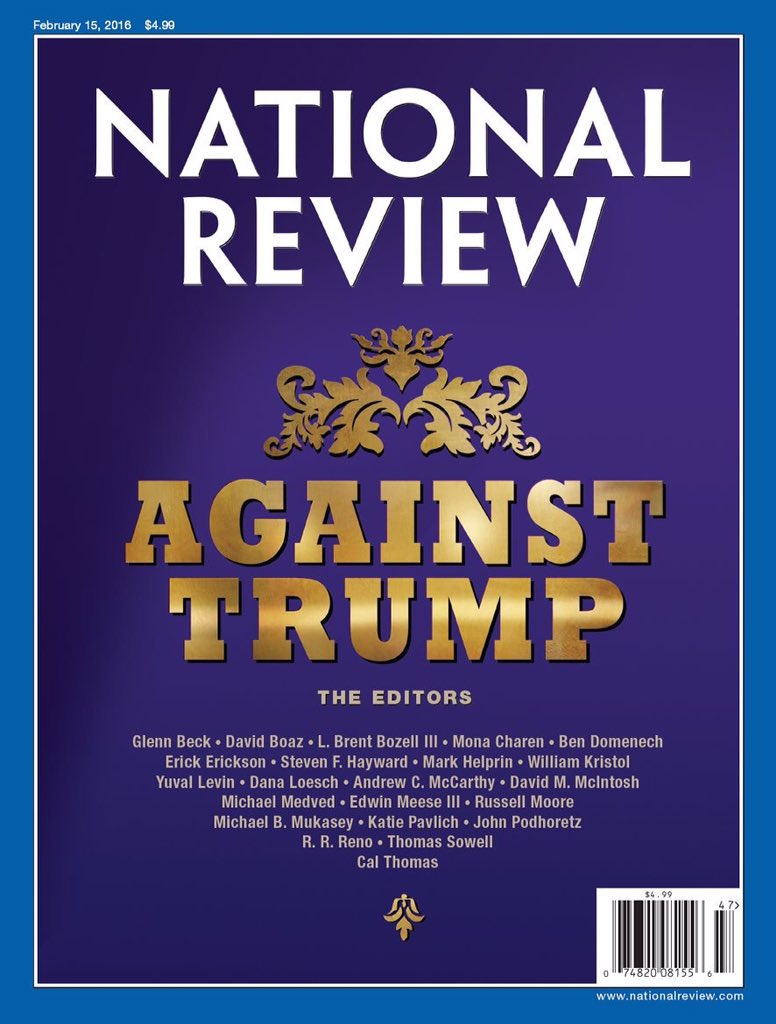 I feel like I’ve dropped into an episode of the Twilight Zone. A conservative publication has made its cover a weapon against a Republican candidate. Now, we all know that Trump is a divisive man. And on any kind of personal level, I don’t like him. He’s a celebrity, with all the baggage that entails.

At the same time, step back from Trump’s personal failings for a moment and look at this from a higher level. The Republican party is at war with itself. Any notion of Right-wing unity is shattered. Vox Day’s book Cuckservative was grenade thrown into the fray from the opposite side.

And there have been a few from the opposite end of the spectrum who referred to me as a “kike” because I have Armenian ancestry. What Armenia has to do with a Jewish slur, I cannot fathom, but there it is. My English ancestry is, of course, completely ignored. I’m impure, or something to that effect. There’s a whole spectrum of possible positions between “race doesn’t matter at all and if you disagree you’re a racist” and “if you have 1% non-German ancestry you’re not a proper Aryan.”

All of these insults don’t rustle my jimmies any, but I found the level of vitriol absolutely fascinating from a clinical perspective. And if you think some of these people hate me, you should see what they say to each other. Lob the SJWs and Progressives into this mix, and I see people defriending one another on Facebook almost every day. Every social media platform I participate in has been subject to mass-shunnings, vitriolic rhetoric, and outright hatred.

Bernie, of course, is a sort of twisted mirror-inversion of Trump, a dark-horse candidate from far-Left field who promises the SJWs everything they could ever want, and no possible way to pay for it. Bernie supporters hate Hillary-ites as much as Rubio guys hate Trumpites.

I’ve never seen American politics this insane. Primary elections have been ugly in the past, but not at this level.

It goes beyond the election, though. TheRalph is a gentleman who I highly respect on Twitter. He says things no one else would say in an effort to uncover truth. Recently, he interviewed Ricky Vaughn, a hardline Trump supporter on Twitter and a member of the Alt-Right. 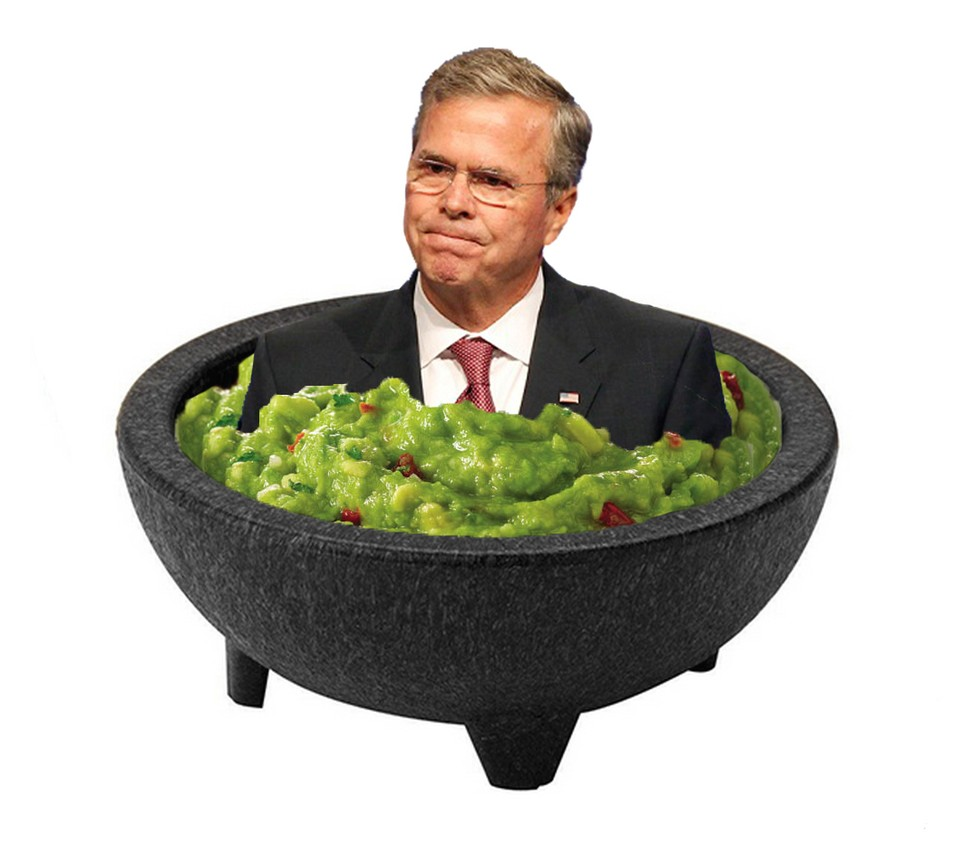 In his interview, Ricky Vaughn called Jeb Bush a Cuckservative Guac Bowl Merchant. I don’t always agree with Ricky, but he’s right about that, at least.

For this, and other sins against the cult of racism-sexism-homophobia, TheRalph has been subjected to attacks from fellow #GamerGate supporters. Yes, the people who hate SJW shunning and purges are trying to shun and purge TheRalph because he dares to talk to other people about their views. This, from supposed free speech activists. Then SJWs attacked him from the opposite end, getting his AdSense revoked. Finally, a frequent guest on his show was suspended from Twitter by reports originating from a Neo-Nazi, whose status as such can be discerned from his repeated pro-Hitler pictures. The Neo-Nazi took offense to the fact that this woman was not white (she was a convert FROM Islam).

Can you imagine being attacked by SJWs and Nazis simultaneously?

The trend of fracturing coalitions proceeds apace. This is the lunacy we live in.

The SJWs tried to purge one of their own, Brianna Wu, because like TheRalph, she deigned to talk to Brad Wardell, a prominent capitalist, developer, and GamerGate supporter. Far be it for me to say anything positive about Literally Wu, a degenerate spoiled rich kid, but it should serve to illustrate that the same tactics are being used on both the Left and the Right.

And even wherever the hell these Neo-Nazis are coming from.

Throw in BlackLivesMatter, burning down cities and demanding that the Oscars award more blacks, despite black awards for the last 20 years lining up with racial representation, as Allen West uncovered, and you can see how this powder keg is about to blow. This isn’t just in America, either. Mosques and Churches both are being defaced in Europe. Rape mobs showed up in Cologne, at the station I visited myself only a few short years ago. One Muslim man murdered a woman within two hours of showing up in Germany. If you think there isn’t going to be a response from German citizens, you are insane.

Everybody hates everybody. Coalitions are fracturing. Nation-states are falling apart as secessionist movements gain ground. The European Union is a joke, and it cannot last much longer. And, throughout it all, the elites are clamoring for more Muslims, more illegals, borders that are opened like a sieve.

The current level of divisiveness is insufficient for them. They want more!

Vote for whoever you like. At this point, I’m not sure it even matters. The West is headed for Civil War, and it’s coming a lot faster than I once thought.