Weaponized Empathy is a device employed constantly by the Left, because, in the past, it has effectively nuked the Right wing positions on almost everything. Art Sartrus explains in a comment on the previous post:

I only wish more people could see that US leftists use these situations to increase their own power – racism, poverty, environmentalism – they scream so loud about inequality while building giant mansions for themselves.

This is why they constantly bleat out accusations of racism, sexism, etc… because the Left knows that Conservatives, Libertarians and other non-Progressives are generally pretty decent people and don’t want to feel as if they hurting people or doing a moral wrong. In simple terms, they propose to use our better natures against us.

In the recent Planned Parenthood scandal, Rebecca Watson released a video practically pleading her viewers to believe the entire thing was a lie. Take a look at this screencap. 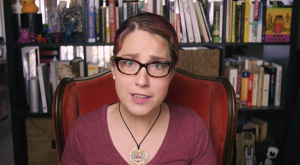 This pose is carefully calculated.

You can see her pleading expression, the raised eyebrows, her almost innocent look, the locket, etc… Everything is designed to make you believe this woman is in earnest, and how could you possibly disagree with her? Why, you must be some kind of monster if you don’t believe her! This is a classic example of Weaponized Empathy. White Knights, eager to defend the downtrodden woman, eat this sort of thing up. Of course, where the empathy was on her side when babies (one still living) were cut up for parts, nobody seems to know.

It is the same for environmentalism. Support our position, or you are evil Earth destroyers. Nobody wants to be seen this way, and so the argument is suitably framed for the Leftists before the debate even starts. Even if they are losing the debate, they can escape by deploying this weapon again. “Oh, you just don’t care about the Earth.”

When I lived in California, ostensibly a longtime Left-leaning state with a healthy environmentalist movement, I noticed more garbage, more litterbugs, more smog, sludge and environmental disasters than any other state in which I have ever lived, including my current “moderate” state of Florida. And it was only getting worse when I left. Rolling blackouts were the norm. You would hear of sewage contamination on the beaches and smog reports, each consistently worse than the last. Leftism wasn’t fixing the problem, indeed, it seemed to be exacerbating it. And now, in the midst of terrible drought, California largely votes against securing its own borders. So a state with a clear population problem won’t even take measures to prevent large migrations of non-citizens into its territory.

But, remember, pointing out the problem is racism, dontcha know.

The Trayvon Martin affair was another great case in point. Media outlets ran story after story, showing pictures of a sweet and innocent little boy, while omitting the facts that he had been involved in Mixed Martial Arts and choosing to ignore more recent photos that were somewhat less innocent. Regardless of where you stand on Zimmerman’s innocence or guilt, this is a clear attempt by the media to deploy Weaponized Empathy in the service of their chosen narrative. 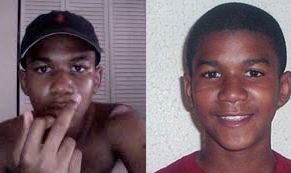 A rather blatant case of Weaponized Empathy.

The good news is that many non-Progressives have started to see through this thin disguise. Gamers in #Gamergate were some of the most non-sexist people you would ever meet. In fact, if you were a female gamer, you were more likely to be worshiped than denigrated by the gaming community. A woman who plays Starcraft? Throngs of gamers would bow to your every whim.

But the media portrayed them as woman haters, wannabe-rapists, pedophiles and the like. The irony being, of course, that a recent anti-Gamergater was outed as a wannabe incestual rapist and pedophile itself. I use “it” because the gender of this person is indeterminate, a common problem for them. No, I’m not going to “learn your pronouns” either. That’s just ridiculous.

The Leftist defense? This: 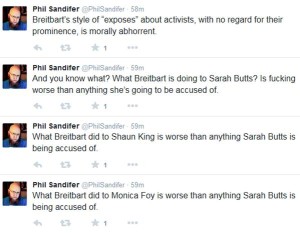 Outing pedophiles is worse, says Phil Sandifer, than the offense itself.

They are trying to deploy Weaponized Empathy again, but it’s falling on deaf ears. Donald Trump’s famous takedowns of the politically correct, and the massive support this language has engendered from the Right, indicate that we may have at last found a workable defense against Weaponized Empathy: indifference.

When liars and pedophile apologists make a claim to your empathy, the proper response is dismissal. They have already demonstrated that they lack the very morality and empathy they are appealing to. Like the Boy Who Cried Wolf, they’ve spouted “sexism” one too many times, while getting caught supporting such morally reprehensible hashtags as #KillAllMen. They have accused you of racism because you have light skin, itself a form a racism. They accuse you of being morally deficient because you take offense with the cutting up of fetuses and the selling of their parts.

And, as I explained in the previous post, they will claim that you must host hundreds of thousands, perhaps even millions, of Muslim refugees and migrants, while not holding the Muslim countries responsible for their own moral deficiencies, for the failure to care for their own people, fellow Muslims, as their own religion commands.

The next time a Progressive attempts to make you feel bad, or appeals to your morality in order to win your support of a Leftist objective, or to silence your criticism of it, consider that they may be using this weapon against you. Hypocrisy is the greatest tell in this regard. Remember that California is a dirty, failing state, that Detroit was destroyed by half a century of Leftist mismanagement, that Islam has made a mess of its own countries and seeks to do the same to yours.

The only moral wrong here would be allowing these things to continue without resistance, just because a Leftist calls you a name or spins a nice propaganda piece, designed to make you feel bad.