Also, including the case of non-immigrants, otherwise known as Illegal Aliens.

There is a distinction that is often lost on the less-analytical among us:

And, now for some fun. If you don’t read Watcher of Weasels, you’re missing a treat. I especially love their periodic Illustrated Editions, from which this came. 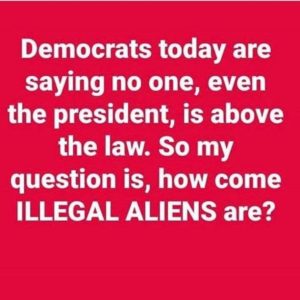 An excellent question, and one that Leftists have no valid response to.