Remember when I spoke about the moral high ground? Well today we are witnessing another chunk of Marxist moral authority cracking and falling apart. I’m not sure how much more the Progressive Left can take before it loses all credibility, before the preference cascade sweeps it away, or forces it to resort to outright war.

Marxism’s grip on the moral high ground is slipping. They are weak. The assault must be pressed more vigorously now. Why now? Well, CNN has resorted to blackmailing random meme makers on Reddit and 4chan. Why? Because he created an anti-CNN meme that Donald Trump retweeted on Twitter. Like most tyrants throughout history, the busybodies at CNN can tolerate no dissent, no humor targeted toward them. Complete submission to the moral authority of the Leftist media, and by extension, Marxism itself, is required.

Nor is the man responsible for this new to this concept. He is noted for targeting people in the past for similar Maoist struggle sessions.

But by bringing the immense power of CNN to bear against a single random meme maker on the Internet, he has exposed the increasing desperation of the Marxists, who in their constant attacks on the Right, are exhausting the moral authority that fuels them. CNN has tried to reclaim their moral authority by saying he was an anti-Semite, a racist, and other such things. But whether true or not (and nobody trusts the media to make those judgments any longer), the thrust of the matter is that CNN has attacked a single individual of no particular importance for daring to make fun of them.

How can they claim the moral high ground if they destroy random people on the Internet?

How can Hillary say she is better than Trump when she steals money from poor black girls in Haiti?

How can the proponents of Socialized medicine claim moral superiority when they literally kill babies?

For once in my life, I’m seeing the Right do what it ought to have done all along: fight back and contest the moral high ground. The fact that CNN feels the need to attack small time individuals on the Internet shows their increasing desperation. They know the high ground is slipping from their control.

One way or another, folks, this is coming to a head. In the next few years, we’re going to see who is going to win this thing. Nothing is off the table anymore. All decency has been jettisoned. All mercy extinguished. This is a no-holds-barred fight to the finish. If the media loses the power to commit character assassinations, I’ve no doubt that the Left will increasingly resort to the more literal form. And if it takes all the might of CNN to take down one anonymous guy on the Internet, their power is definitely on the wane.

They deployed everything against Trump and lost.

Isaac Asimov once said in his Foundation novels that violence was the last refuge of the incompetent. For the Left, it is the last weapon they can deploy in order to keep their control over our country, our civilization, and maintain themselves as the arbiters of right & wrong, the ultimate moral authority. They are edging closer to deploying that final weapon, and CNN is the proof. 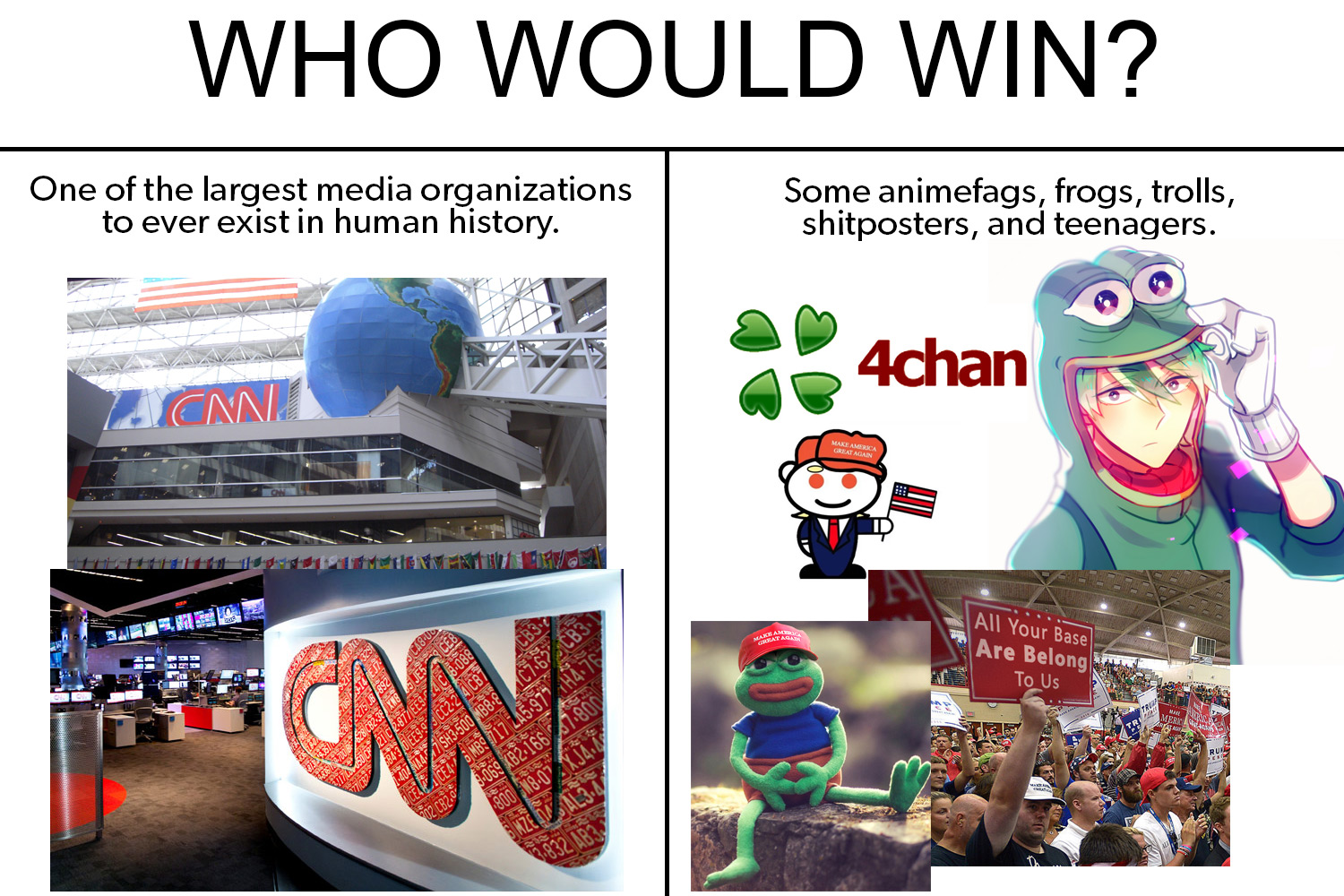 They have declared war on /pol/ and /r/The_Donald. They may not like where this heading.

Enjoy the show, as CNN is rendered impotent, turned into a pale shadow of itself. Their reputation is falling apart. First Russia conspiracies, fake sources, lies… and now targeting individual normals. They are fast running out of weapons. They will be as powerless as Sauron, soon. Nothing more than a foul wind that cannot even hold form or shape. 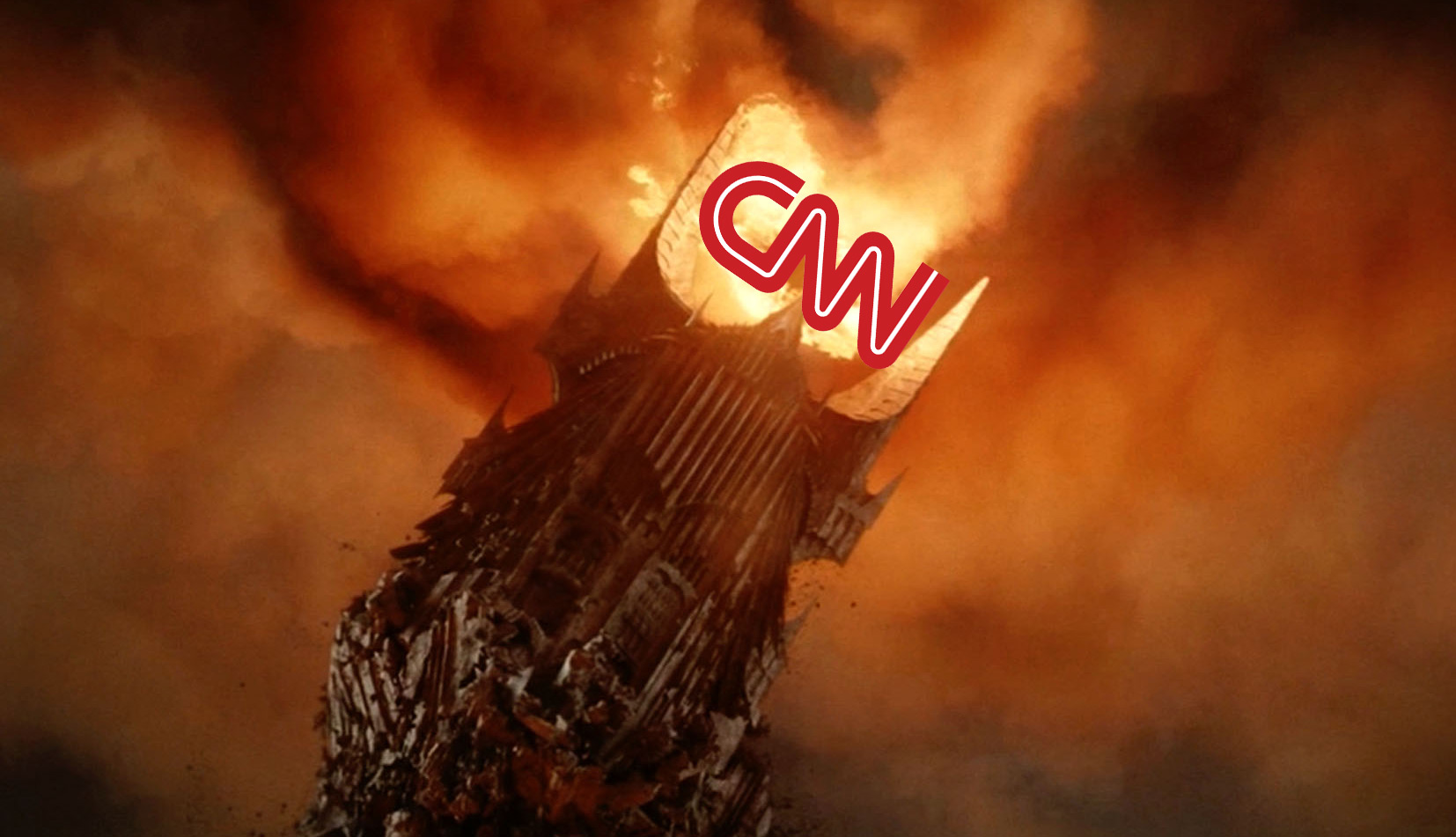