In the movie Men In Black, there’s a scene where an abusive farmer gets killed by the villain, some kind of giant alien cockroach. The alien then possesses his body and walks around in comic fashion, like some kind of rotting zombie. The farmer’s wife exclaims “like an Edgar suit.”

This is pretty much what Worldcon looks like, these days.

Social Justice Marxists operate in the same manner. They take over institutions, groups, corporations, movements, whatever… and kill them. They then wear the skin of the destroyed, rotting institution like an Edgar suit, ambling around in comic fashion, expecting to be treated as if they were still the institution itself.

Only unlike the movie, there are a great many of these alien bugs on Earth. They are legion. And the thing is, most rightists suspect this is true, because the Edgar suit doesn’t act like Edgar. He acts like an alien cockroach. But they nonetheless give the benefit of the doubt, because they aren’t sure.

It is in that space of uncertainty that Marxism is permitted to spread, and infest every sizable organization. Once infected, forget bringing the organization back to life. It’s a rotting husk. It’s dead. You aren’t going to take it back, and even supposing you did, it’d still be a rotting sack of skin.

I think this is the greatest weakness of the political right. We permit Marxism to spread because we are not confident in our assessment that the people in question are Marxists. Most of them deny it, of course.

I remember when one leftist kept posting about how the border wall was racist, and how illegal immigrants ought to be able to come over, and how stopping them was bad. When I asked him why he was for open borders he denied it. Yet, his chosen policy would result in a de facto open border! Was he really that delusional… or was he a Marxist trying to say “I’m not a Marxist”?

One of the ways to tell if it’s really Edgar, or just an Edgar suit, is to prod the person with absolutes. Marxists are absolutists. A case in point. Another individual explained to me that healthcare ought to be a human right. Every human should have it upon need. I pointed out the usual inefficiencies of government bureaucracy, the long waiting lists, the poor quality of VA care, and the general lack of innovation and creativity in government-run healthcare.

The thing is, the guy agreed with me on many of those things. But he countered with “but if you don’t make it a right, somebody might not get the care they need, and I just can’t support that.” It doesn’t matter if the care would be better for 99.9% of everyone else. If one single person went without needed care, he would judge it a failure.

You see this kind of argument from Marxists all the time. You could destroy entire countries with mass immigration, but if one refugee child suffered, then too bad, too sad. You must do it. Get used to British citizens speaking Arabic, you racist.

It’s the same kind of argument you hear from gun control advocates.”If it saves the life of just one child,” they will say, “it will all be worth it.” Or, “even one shooting is too many.” Marxist absolutism, again. Somebody is wearing an Edgar suit.

MADD is a great case in point. Originally founded to combat drunk driving, an honorable pursuit, the founder wound up leaving a few years later, because the organization had become a group of tyrannical neo-prohibitionists, not merely a group concerned with reducing drunk driving offenses. Soon it was receiving government money, advocating for Traffic Safety Funds (more government cash), and arguing for everything from a rash of checkpoints, to mandatory interlock devices on all automobiles — not just those owned by those convicted of alcohol-related offenses.

MADD is an Edgar suit. Scratch the surface, and you’ll find a bunch of Marxists.

The thing is, if Marxists were open about their Marxism, that is to say if the giant alien cockroach were seen as a giant alien cockroach, every normie on the planet would be trying to squash it. It you saw the bodies of the Stalin regime, the starvation of Mao’s regime, the killings of Pol Pot… you would want to stamp this thing out with every fiber of your being. 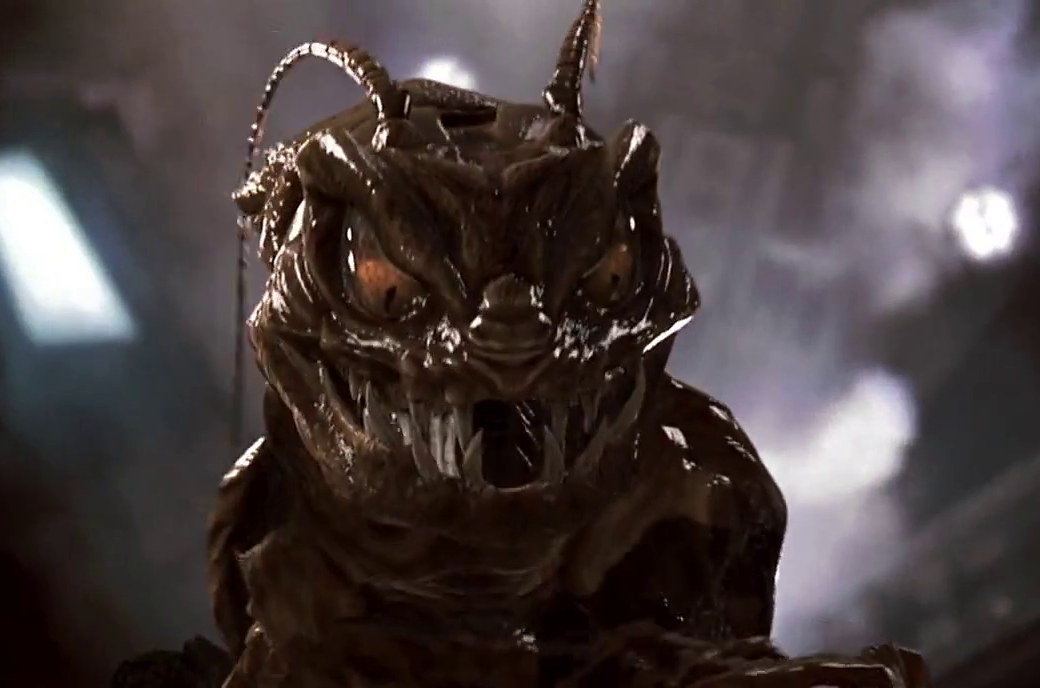 But when attacked, when someone starts to suspect an organization is full of Marxists, they retreat into the Edgar suit. Hi. I’m Edgar. Nice to meet you. And my goal is just to try and help reduce drunk driving deaths!

Do you know why Marxists like absolutism so much? Why even a 99.9% success rate is not good enough for them? Because it gives them an excuse to continue to exist. No human society will ever reach 100% of anything. There will always be people who are poor, people who don’t get the care they need, people who die senselessly, idiots who get drunk and wreck someone’s life. Always.

Reducing the incidence of those things is a good and noble pursuit. But they can never be stopped completely. By saying that nothing is good enough unless it has a 100% success rate, the Marxist is giving himself power for life, and his organization power forever. Because so long as one person slips through the cracks, he can say “my work is not done yet.”

But the single-minded focus of Marxists on power politics is a good tell. Absolutism can tell you if someone is a Marxist, but so can an over-reliance on the language of political power. Normal people might talk politics for a while, even rant about it as I do here, but there are also times when they just don’t care about politics at all.

Marxists want to bring politics into everything. Are you eating a plate of Chinese takeout? Cultural Appropriation. Do you drive a nice car? Privilege! Do you like your hair a certain way? Racism! Everything must involve politics with them. They cannot stop thinking about their obsession for even the briefest of moments. At some point, a normie is likely to talk about his dog, or his kid, or how much he likes beer, or something totally unrelated to politics. The Marxist, on the other hand, will find a way to steer that back.

Another Edgar Suit tell is an obsession with personal bias. Like the 100% success rate demands, the Marxist demands absolute objectivity on the part of others (while displaying none himself). Unless you can demonstrate proof of moral perfection and a completely unbiased, objective viewpoint, you can be dismissed because you’re biased. The data underlying it is irrelevant, because the collector is biased. For instance, if you said that black people in the United States committed a greater per capita share of violent crimes than white people, that is a true statement. The Marxist would say that you are biased against black people, thus your conclusion (whatever it may be) can be dismissed on that basis. Forget the facts.

The same standard, of course, is never applied to them. But again, it makes an impossible demand so that a permanent political bludgeon is created, which they can beat you over the head with constantly.

There are probably many more such tells (if you’ve got one, drop it in the comments), but those are the ones I’ve seen most frequently, and most obviously. And it’s very important to identify which groups and institutions are SJW-converged, which ones are Edgar suits filled with Marxist cockroaches, and which ones are not. Rightists have permitted bad actors to continue to be treated like good actors merely because they skinned an organization of good actors alive, and wore them like a suit. It’s both stupid, and disservice to the memory of those who created the original, non-converged organization.