S.M. Stirling and David Drake wrote an excellent series of books known as the the Raj Whitehall Series or, alternatively, as The General series. These were excellent books set in the far off future, but during a time in which humanity had largely reverted to barbarism, and was teetering on the edge of losing civilization altogether.

However, one of the fascinating things I remember when I first read the series is that in the first chapters of the book, Muslim raiders are stirring up trouble along the border of the protagonist’s own Civil Government. Yes, thousands of years in the future, on a completely different planet, as civilization teeters on the edge of extinction, Islam is still a problem. What was worse, however, was how very plausible this scenario was.

Islam is the eternal enemy of the West. The Jihad will never end until all humans are Muslims, and even then it is likely to continue with the persecution of the insufficiently Muslim, or the even the insufficiently pious. Did you forget that fifth prayer yesterday? Death to the infidel! Islam is an ideology based on conquest, and we shouldn’t be surprised by this.

Christianity originates from Jesus Christ, a man of peace (even if not quite the pacifist everyone makes him out to be). Hinduism originates from a collection of indigenous religions, with a history dating back to the original beliefs of the Indo-Europeans. Buddhism likewise lacks violent origins, and if Judaism has some violence in its past, such violence as it offers is restricted to an absurdly small geographical region.

But Mohammed was a warlord, a conqueror, as much as he was a priest or a would-be prophet. His goal was power. His successors took this philosophy and conquered half of the old Roman world and all of Persia with it. The spirit of this man continues on in modern Islam, it is woven into the Quran and the Hadith. Ben Carson was condemned for having the temerity to suggest that Sharia Law was incompatible with the United States Constitution and thus any man who espoused it was unqualified to be President.

Ben Carson is, of course, entirely correct in this assessment.

It is worse than that, however. Islam has bloody borders with everybody. From Bosnia to Pakistan, if you have a Muslim country for a neighbor, you will have fighting, and it will not cease until you are Muslim also. Even then it may not stop, just look at how the rest of the Muslim world treats the Kurds.

The recent affair with Ahmed and his clock shows that taqiyya, a sort of weaponized deceit aimed at non-believers, is in full effect. They intend for us to feel sorry about this boy, when all he did was throw the guts of a clock into a case designed to look as much like a bomb as possible. Now, that situation was handled poorly, but understand that his father, a Muslim activist, had some idea that we would handle it badly. That’s why he did it. 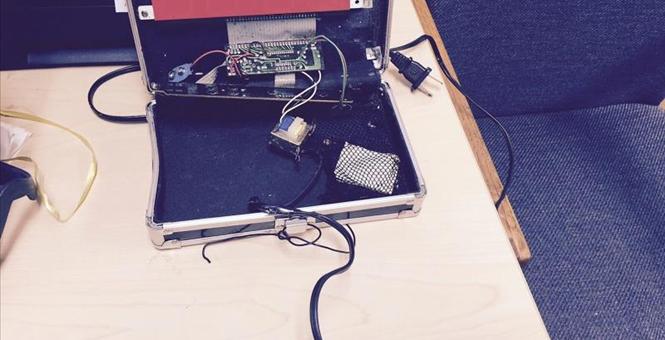 Now Obama can appear on national TV, using this boy’s lies as a weapon, and triumphantly declare that us racist Americans need to be more open to the Muslim community. So, here we are, discussing whether or not 65,000 Muslims coming to America is a good idea or not. Here’s a hint: are you fucking stupid?

ISIS and other terrorists outfits would have to be absolutely dense beyond reasonable expectation not to sneak hundreds or thousands of operatives into Western countries this way. Remember my discussion on weaponized empathy? Ahmed’s clock just bought Islam 65,000 more invaders. You might tell me that “not all Muslims” are bad. Sure. I agree with you. But it just so happens there is a Pew study that gives us a rough percentage of how many are bad. Take a look for yourself. Most Muslim countries feature double-digit percentages in favor of terrorism against civilian targets.

Does anybody think that Americans would support civilian terrorism in such numbers? If we average that study’s figures, one can see that roughly 20% of Muslims are in favor of terrorism. Now, to be fair, that does not mean they are terrorists, only that they support terrorism politically, financially, etc… 65,000 Syrian refugees would give us an estimate of 13,000 potential terrorist supporters, if Syria is reflective of the rest of the Muslim world. Now, you figure that ISIS will seed some actual terrorists in with number, and you’ve just built yourself a homemade American terrorist network for ISIS, complete with 13,000 passive supporters who could be tapped for aid, succor, and political support.

Congratulations you fucking idiots. You’re asking for a new terrorist network in America.

Islam is not a peaceful religion. It is not the religion of peace. Just ask my ancestors, exiled from Armenia. They had three options granted to them. They could die, they could flee, or they could convert to Islam. So now my family is here, in America. Exile was the most preferable option of the three. But now Islam has followed us here. It is everywhere in the West. And our political leaders seem to have a veritable fetish for importing as many Muslims as possible. 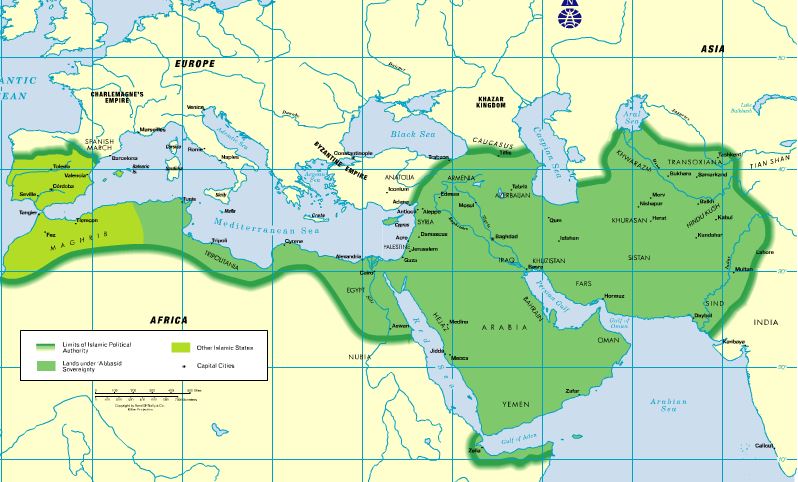 Does this look like a religion of peace to you? If it had been, the Caliphs would have stayed in Arabia.

Are they stupid, or are they deliberately destroying their own nations, their own people and worse, their entire civilization?

Perhaps the Raj Whitehall series is correct, and in thousands of years we’ll be right back where we started, in a death battle with Islam, having to fight our own corrupt politicians as much as the Islamic enemy in an effort to preserve some modicum of civilization.

Either way, as I said on Twitter earlier, I wish the Catholic Church could invent a time travel device so as to replace Pope Francis with Pope Urban II. He’d know what to do in the present circumstances, I think.