Nassim Nicholas Taleb has delivered an insightful argument: intolerance  works. Conceptually, this is fairly simple to grasp. Consider the old saying “the squeaky wheel gets the grease” or the similar “the customer is always right.” We’ve all seen it personally at one time or another. Some customer will be completely unreasonable, and hordes of employees will submit and beg for forgiveness, while the regular folks suffer in obscurity.

Taleb’s take is rather more high-level, however. In the article, he explains how a relatively small number of demanding, intolerant people can come to impose their preferences on everybody on the principle that the flexible individuals will go along with it if the cost is not terribly high.

Islam’s spread is explained in such a context:

The two asymmetric rules were are as follows. First, if a non Muslim man under the rule of Islam marries a Muslim woman, he needs to convert to Islam –and if either parents of a child happens to be Muslim, the child will be Muslim[3]. Second, becoming Muslim is irreversible, as apostasy is the heaviest crime under the religion, sanctioned by the death penalty. The famous Egyptian actor Omar Sharif, born Mikhael Demetri Shalhoub, was of Lebanese Christian origins. He converted to Islam to marry a famous Egyptian actress and had to change his name to an Arabic one. He later divorced, but did not revert to the faith of his ancestors.

You can extrapolate across many generations, and see how Islam’s stubbornness will slowly erode local faiths and traditions, until they are driven into extinction. One suspects this feature of Islam was deliberate.

But it works for non-sinister things, too. Taleb explains this concept by using the example of the circle-U symbol on the back of most juices as the supermarket. This is the symbol of the beverage being kosher. It is less of a hassle to simply make all such beverages kosher, than to develop and maintain two sets of drink lines, one kosher and one not. Since non-Jews don’t care about whether or not something is kosher, soon all such drinks are kosher. They don’t tolerate non-kosher products for their own personal consumption. So the beverage company must choose whether to cater specifically to them with a separate juice line, or just make everything kosher.

In this case, the word “intolerance” is not necessary good or bad, but simply an indicator of inflexibility on a certain matter resulting in an uncaring majority embracing (often by accident) the preferences of a tiny minority. Definitely read Taleb’s original piece to fully understand what I mean by this.

But this concept can be, and often is, used for malicious purposes. Consider:

This is in fact the incoherence that Kurt Gödel (the grandmaster of logical rigor) detected in the constitution while taking the naturalization exam. Legend has it that Gödel started arguing with the judge and Einstein, who was his witness during the process, saved him.

I wrote about people with logical flaws asking me if one should be “skeptical about skepticism”; I used a similar answer as Popper when was asked if “ one could falsify falsification”.

We can answer these points using the minority rule. Yes, an intolerant minority can control and destroy democracy. Actually, as we saw, it will eventually destroy our world.

So, we need to be more than intolerant with some intolerant minorities. It is not permissible to use “American values” or “Western principles” in treating intolerant Salafism (which denies other peoples’ right to have their own religion). The West is currently in the process of committing suicide.

Islam, and especially its militant varieties, are taking advantage of the tolerance of Western countries with regards to religion, race, and culture, and using it as a weapon of conquest. In the same way benign preferences like kosher drinks become common, soon kow-towing to Islam will become ubiquitous.

Don’t believe me? Here are die-hard feminist leaders, who don’t-need-no-man, and damn the Patriarchy, cheerfully submitting to Islamic codes of dress, parading in front of the Islamic leaders like pieces of meat for the auction block. 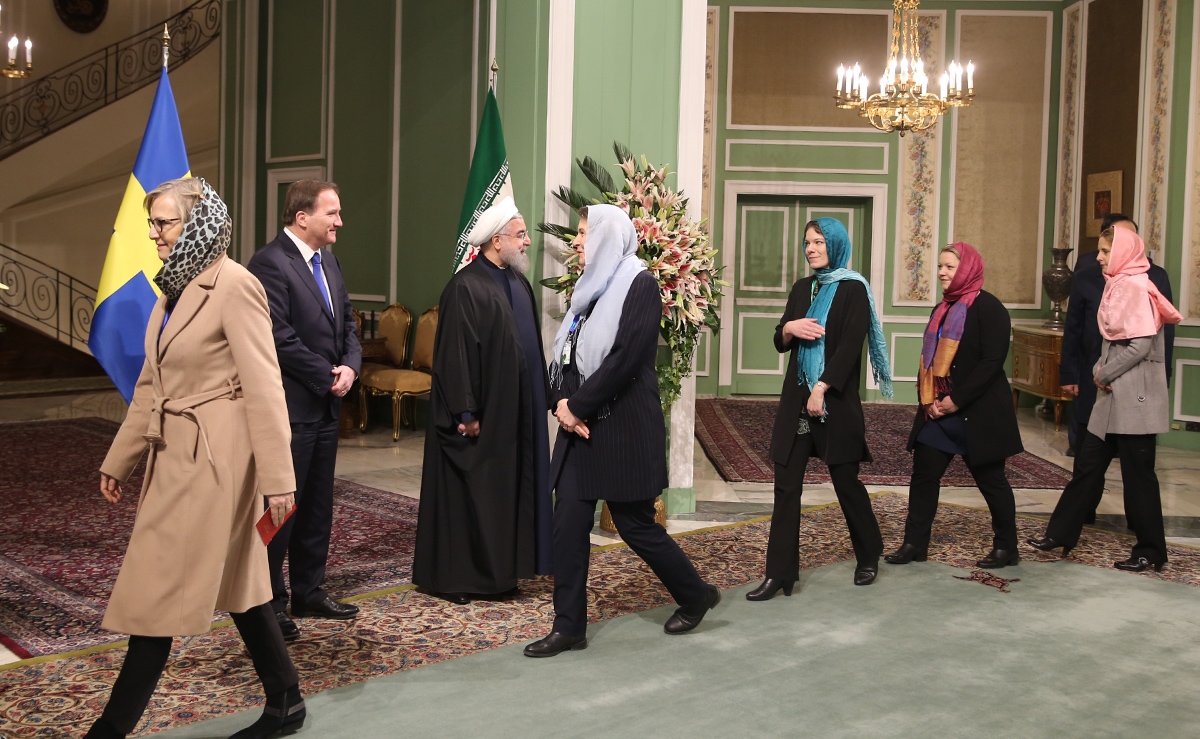 Islam is stubborn and intolerant. And this intolerance is a form of strength, especially within otherwise tolerant societies. So the question becomes, does our tolerance extend to tolerating our own cultural demise? Islam is famously strict on the matter of homosexuality. Should Islamic intolerance of gays (to the extent of executing them) thus be embraced because we are tolerant?

But it extends far beyond Islam. Consider the famous intractability of Vegans and militant vegetarians. Not only do such individuals not want to consume meat, but they become offended if you deign to do it. This is a form of intolerant behavior. My Jewish and Seventh-Day Adventist friends don’t condemn me for eating pork, they simply do not eat it themselves. I have no Vegan friends, because most of them are intolerant. “How dare you eat meat!”

Fortunately, they are small enough to be a nuisance rather than a direct threat to meat consumption. But imagine if intolerant Vegans reached a critical mass (Taleb suggests 3 or 4% can be sufficient for this). How soon before businesses have to start making tough decisions surrounding pleasing the militant Vegans?

The good thing is, carnivores are displaying a certain level of intolerance right back at the Vegans. Observe:

Amusing, of course, but also indicative of a sort of counter-intolerance backlash building against the Vegans. If both sides are intolerant, and one is very small and the other very large, rule by the intolerant minority will be averted.

There are other ways to avert the intolerant minority rule problem. The second is avoid importing the intolerant. This could conceivably work with Islam. Another is cost. It is cheap to make juice kosher, the price difference is near to irrelevant, and there are no other real costs associated with the practice. And so all juice can be kosher, and nobody is really put off by it. But imagine if it cost 10 times as much to make juice kosher? How soon would the practice end, or be restricted to rich Jewish neighborhoods?

Second, the cost structure matters quite a bit. It happens in our first example that making lemonade compliant with Kosher laws doesn’t change the price by much, not enough to justify inventories. But if the manufacturing of Kosher lemonade cost substantially more, then the rule will be weakened in some nonlinear proportion to the difference in costs. If it cost ten times as much to make Kosher food, then the minority rule will not apply, except perhaps in some very rich neighborhoods.

Note that I’m not arguing for this. I don’t know of anybody who gives a damn about kosher lemonade, and I certainly don’t. It wouldn’t surprise me if even Stormfronters were inadvertently drinking kosher products (something I actually find somewhat amusing to think about). Nobody cares because the difference is so absurdly minor. But let’s return to the Vegans. Their preferences are much less tolerant than those of Jewish folks (who will generally leave non-Jews alone about their eating habits).

Now suddenly we have demands that companies stop serving meat, or, alternatively, use practices deemed good enough to satisfy militant organizations like PETA, which would drive up the cost of meat consumption radically. Makes a difference, doesn’t it?

Islam’s religious laws are even more extreme and rigidly stubborn. So, too, are the increasingly ridiculous demands of Social Justice Warriors, in which they take issue with everything from Christianity to whether or not people should be allowed to play video games, or wear dreadlocks. The reach of both Islam and Social Justice is total. Every tiny aspect of life is to be seen through their preferred lenses.

And as per Taleb’s argument, they will win if permitted to continue with their intolerance. The intolerant minority wins. And let’s be honest here: the kosher lemonade would soon disappear under Islamic rule, because Islam is very intolerant of that particular minority.

If Islam and Social Justice ever battled it out for who could be most intolerant, we all know who will win that fight. Both groups wish they could conduct a mass murder of their enemies. But only one group has any practical experience in it, the effective Stalinists having long since died out, leaving purple-haired, genderqueer weaklings to carry the Communist torch.

Islam has no such issue, and thus it earns the title as the most intolerant belief system with any sizable following. And it will win if we tolerate its intolerance.

Fortunately for us, the time appears to be fast approaching when our tolerance of the Islamic world’s antics (and SJW Vegans) will be fully exhausted. In this blogger’s opinion, that time can’t get here quickly enough.