Insights into the Patriarchy

Feminism is loaded with terms like “the Patriarchy” and “misogyny” without really defining what they mean. This, of course, works to the advantage of Feminist leaders, who can define them however they like. The goalposts aren’t so much moving as they are permanently attached to wheels, or perhaps equipped with a cloaking device.

Even Time magazine admits that more women have college education than men, now. Females outnumber males in higher education. And the gap is widening significantly. If this is all true, how can the Patriarchy be in control of the university system, as feminists claim?

But it goes much deeper than that. Scott Adams, the creator of Dilbert, explains for us:

They can’t both be right. Right?

But they are both right. Because we all experience our own reality. As a wealthy, single male over 50, I live in a patriarchy bubble for sure. Let me give you a perfect example.

Scott Adams’ thesis is that there really is a Patriarchy, but that it is absurdly small and populated solely by the uber-wealthy men with political power, fame, and other such things. He explains further that, while he is a member of this class today, it wasn’t always so:

When I was young, poor, and penniless, my experience was that of a being in a matriarchy. My mother was my dominant parent. My first teachers were women. And I later failed at two careers because of my employers’ gender preferences for women. I tell those stories in my book. In both cases my bosses told me – in direct language – that the company had a diversity problem to fix and the executives had ordered them to stop promoting white males.

I’m not complaining, just reporting, for context. That was a long time ago. Obviously things worked out well for me.

When I was a young, unattractive male with no money, I had no social power, no dating power, and some very real career obstacles because of my gender. My subjective reality was that I was living in a matriarchy, even if those around me were not.

This is my own experience, also. If you are a man who isn’t driving a Ferrari or a Lamborghini, living it up in a mansion, with fame and/or political power, you are less than a nothing. You are an object of contempt. And, oddly enough, it isn’t other men making it this way. Most men have an instinctive understanding of equivalence.

In one of my previous jobs, I frequently rubbed elbows with some very wealthy and powerful people, including not one, but two people who were personal friends with two separate political candidates running for President, right now. In my dealings with them, they did not show one bit of contempt for me. They shook my hand like any other man would, and discussed the things which I was there to talk about without rancor or obvious superiority complexes. They saw me as a man, and someone who was there to to do a job for them.

My experiences with women of similar social rank were considerably less pleasant to say the least. I was a menial to them, a mere servant. Their attitudes toward me were that of a master to a slave, and an unfavored slave at that.

It is women who choose this expression of the Patriarchy.

Women reward boorish brutes who have political clout, and frequently ignore or even express outright loathing for men who do not have this power. In simple terms, they create their own boogeyman.

The rest of us live in a world which is unfavorable to men. We live in a Matriarchy, where most, if not all, social power is in the hands of women. Again, Scott Adams explains this:

The younger men without money – and most of the men with wives and families – are living in a matriarchy. That group of men doesn’t have anything left to give.

As a mental exercise, pay attention to which demographic group almost always plays the idiot on television commercials. It is usually a young male who is not wealthy. That group is the shit of society.

Scott Adams also means this literally. When a man and a woman are walking their dog down the street, look at who has to clean up the dog shit with one of those little plastic baggies and cart it around until a trash can is found. Yes, shit is a man’s job.

I’ve been discussing this cartoonish bufoonery heaped on men for a long time, now. Men are either drunken frat boy slobs, or balding middle-aged losers who can’t even read a map. The State Farm commercials are famous for this particular depiction. 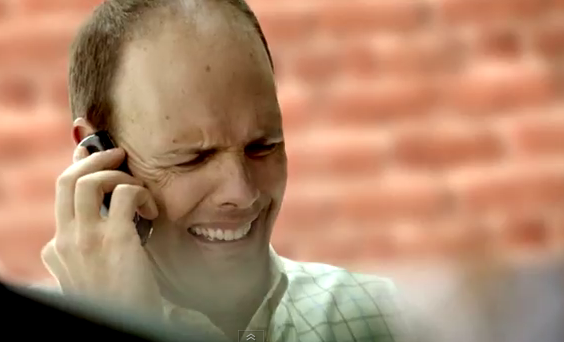 State Farm advertisement. This is the image of modern man. A crying loser who can’t drive, calling a strong-independent-woman-of-power for help.

But then look at advertisements for liquor and beer. Bacardi, Dos Equis, Absolut and Stella commercials are famous for this. Wonderful, good looking, wealthy and powerful men are depicted in a positive light. And the women are seen making eyes at them with barely-restrained sensuality. 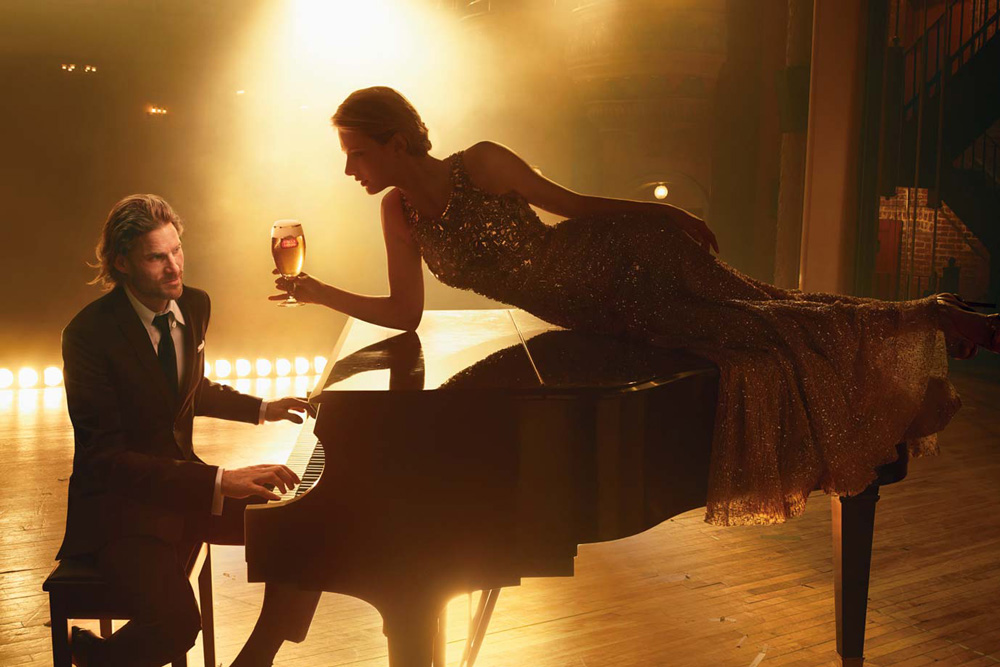 Stella advertisement. This is the real Patriarchy, or at least the one most women dream of.

There’s your Patriarchy, folks. Except that, contrary to every piece of conventional wisdom about Feminism, Feminists like this Patriarchy. The contempt they have for most men isn’t because they are too powerful, or oppressive, or control anything.

It’s because those men are contemptible slaves. And, like all masters, whips and chains are necessary to keep the slave in line. Most of us live under the Matriarchy, and don’t even know it.