Idiot of the Week: “Everything is Sexist” Anita Sarkeesian

Anita Sarkeesian is entirely serious about this charge, too. If everything is sexist/racist/homophobic then the gravy train of VictimBux will never end, and she will always have a job: insulting everyone else on the planet. She basically gets paid to tell us all how horrible and evil we are.

What a sweet gig that must be.

Our intrepid Idiot of the Week has spouted off some real whoppers in the past: 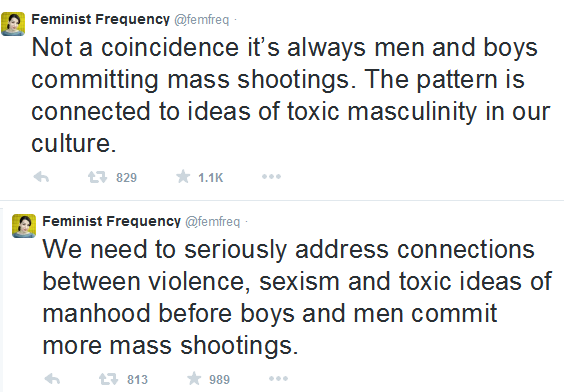 Is it a coincidence, then, that men are usually the ones who arrest/kill/punish the shooters, too? The masculinity sword cuts both ways, Anita.

This pervasive myth that if only men could be like women, violence, war, hatred and a number of other unpleasant things would just magically go away has become a major Feminist talking point. But it gets even more ridiculous: 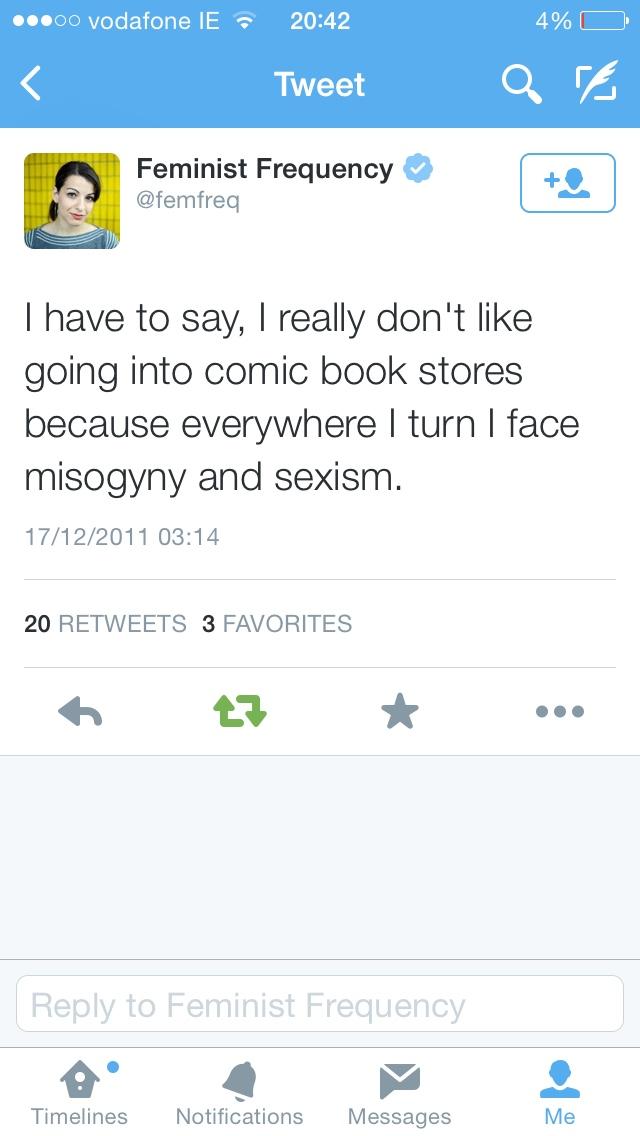 If comic book stores trigger this woman, how the hell does she go outside in the morning?

She really does believe that everything is sexism, racism, and homophobia. The whole culture, all men, all white people. She, of course, calls herself a woman of Middle Eastern descent, and thus she is considered an oppressed “Person of Color.” What I find amusing in this is that she is partly of Armenian ancestry, and so am I. Yet if I attempt to play that card, SJWs cry foul. I’m not a real “Person of Color,” but somehow Anita is. SJWs love double standards.

I don’t really care, though, except to point out that Anita is a grade-A idiot, and was, for a long time, a meatpuppet for Jonathan “Full” McIntosh to spout his bullshit, and be believed by the SJW community.

Tweet for Tweet. Tell me Anita wasn’t a meatpuppet for McIntosh. Of course, now, it seems that McIntosh is being dispensed with. He is no longer useful, and Anita wants to go pro to gain a full share of the VictimBux.

Anyway, I award Anita Sarkeesian three Golden Turds for thinking the entirety of reality and the universe somehow has it in for her because she (theoretically) has a vagina. Congratulations Anita! Display your fecal matter proudly!