How to Defeat Weaponized Empathy

I’ve spoken at great length on the matter of Weaponized Empathy. It is the primary weapon of the modern Left. Indeed, it so completely dominates their tactical thinking that everything else in their arsenal pales in comparison. Defeating this weapon ought to be the foremost on the mind of any opponent of the Progressive Left.

Almost nothing else matters, at this point. Any victory achieved without defeating Weaponized Empathy will be hollow and Pyrrhic. You may succeed in lowering taxes for a time, or passing some military budget items you want. But the Progressive steamroller will go on, slowly, inexorably, swallowing entire civilizations in the old Fabian manner. The war will be lost unless the weapon is destroyed.

What is Weaponized Empathy? It is the deliberate hijacking of your own moral standards, your ability to empathize with your fellow man, in order to force you to serve someone else’s narrative. It is, in essence, a highly sophisticated form of guilt-tripping designed to turn you into a slave.

You might consider it an evolution of the Alinsky tactic of forcing the enemy to live up to their own moral standards. But it goes beyond that. It forces an enemy to embrace your moral standards or suffer tremendous peer pressure and socially-engineered “justice” at the whims of the mob.

Here is a practical example: 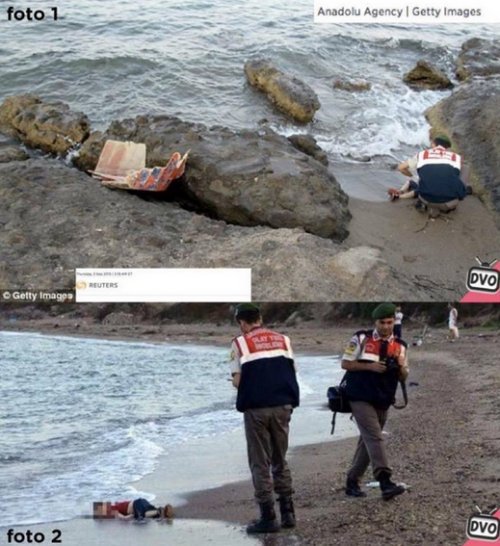 No, no… the position of the dead child’s body is all wrong. For maximum propaganda value, it needs to be over there…

The idea, of course, is to manipulate you into supporting certain Progressive policies by showing you the picture of a dead child, carefully positioned to elicit maximum sympathy. It’s like the TV commercials showing starving African children, covered in maggots and flies. I’ve no doubt that the cameraman deliberately engineers the scene for maximum effect.

Donate or else you’re a bad person who hates the starving Africans. Support Syrian refugee resettlement in your country, or else you support dead children.

The tactic is used for everything from welfare policy, to Social Security disbursement, to immigration and even climate change. Support climate change legislation, or else you want the poor residents of some tropical island to drown. Support Black Lives Matter or else you’re a racist who hates black people.

Meanwhile, of course, they’ll show pictures designed to elicit maximum sympathy for one person, and maximize anger toward another. We all remember this case: 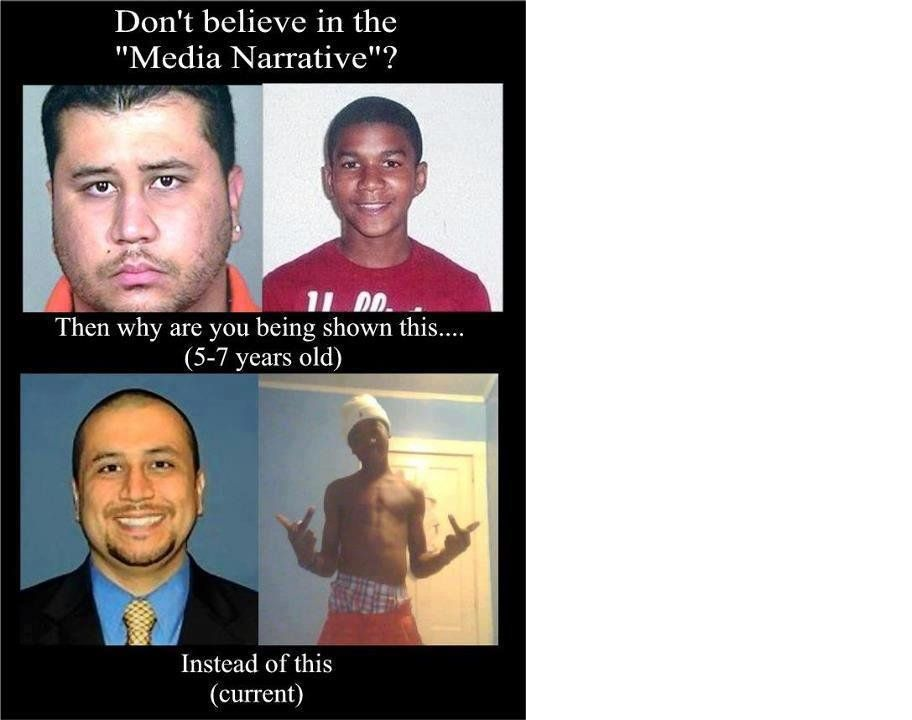 Make sure to pick the picture of Trayvon as a child, not a teenager flicking off the camera, for maximum narrative spin.

And so those who most easily succumb to peer pressure are quickly convinced to become rabid Progressives, because it’s intellectually easier to say “oh, I’m helping” regardless of whether or not you’re actually doing anything constructive. It’s easier to be seen supporting the poor, innocent child over the mean-looking white guy. It takes no particular courage to take the position the media talking heads tell you to, for if anything goes wrong with the narrative, you can always say “well, I was just trying to help.”

Weaponized Empathy is everywhere. Healthcare policy is not judged on how efficient it is, or the quality of care provided, or even the cost of that care. It is judged solely on how it helps the poor. If it cost a million dollars per person, per year, but the poor didn’t have to pay the bill, Progressives would deem it great success. Non-Progressives would be pointing out that it’s expensive, the quality of the product was poor, and it was bankrupting the country. The response from the Progressives would be simple. They would pull out a picture of a child on Obamacare, or whatever government program they were promoting.

The picture would be carefully staged for maximum empathy. Perhaps the child would be crying, his face down, covered in carefully-enhanced sores. Maybe photoshop in a little blood and grime. Turn down the lighting a little, just so.

Now, if you oppose Obamacare, you want this poor child to die of plague.

Weaponized Empathy isn’t just employed to win easy converts, however. It is also used to mobilize the converted against the unconverted. To use threat of force, of financial ruin, and peer pressure (even within families) to silence the unconverted. To make them afraid to speak. It can even make it permissible to commit violent acts against you.

Everyone has that one relative who guilt trips everyone else in the family. If you don’t do something he wants, you must want him to suffer. A false choice is presented, either obey or you’re a bad person. No other choices are presented.

The key to defeating Weaponized Empathy in yourself is understanding that more choices exist than are presented by the wielder of the weapon. Opposing Obamacare may, for instance, mean you want healthcare to be better for everyone. Saying no to a guilt-tripping relative may be because he is guilt-tripping you, instead of asking for your help with no such strings attached. You may be helping him to become a better person by not allowing him to blatantly manipulate you. Or you could just say “you’re being an asshole.” That can be remarkably effective (and true), also.

But this, of course, does no good on the world stage. The Right-wing has been replying to this weapon with logic and reason for decades, and it never works. The Left almost always succeeds in sculpting the narrative against them. Pictures of poor, bloodied children will circulate on Facebook, and the only alternative to being racist scum is to admit as many people into the country as the Progressive leaders want.

The answer is to call them out on the lies. To rigorously tear apart their stories. When the picture looks staged, it probably is staged. Point out that the folks manipulating the bodies of dead children for political gain are assholes. When there is a shooting, and the media posts a picture of a darling little child to try and steer blame away from the perp, find and post the picture of the fully-grown thug flipping off the camera. Then call the propagandists lying assholes. After all, what kind of dickhead puts a deliberate, calculated political angle on a tragic death?

Forget what they want you to do. It doesn’t matter what they want, if they are being lying assholes. You don’t need to consider the opinions of liars. What does it matter if they want you to bring in 100,000 Syrians? They are dishonest scum, using cynically-manipulated pictures of dead kids to do it. Their opinions can be dismissed without moral reservation because of this. Say so, openly, and without fear.

You have the moral high ground, because you’re not a cynical, lying, asshole.

You may have empathy, and may wish to do right by other folks. That is a fine and good thing. A noble trait. But never allow yourself to be manipulated and deceived into doing a liar’s bidding. That isn’t doing anybody any good, except the liar. And that’s the end of it. Charity is supposed to start with truth, not lies. Repeat it like a mantra, until the Progressives understand that you cannot be guilt-tripped by dishonesty.

It really is that simple.