Further Thoughts on Libertarianism and #GamerGate

My previous post on the limitations of Libertarianism, and its failings before the Progressive enemy, ruffled a few feathers and stirred up some further discussion. Contrary to the paladins of Social Justice, I find that disagreement on such matters is evidence that the subject is important enough to merit further investigation (SJWs, naturally, prefer to shut down such discussions).

Let us begin with Jordan:

Libertarians don’t believe that government is the sole enemy of freedom. You’ve setup quite the strawman there. There are all sorts of libertarians out there and you’ve basically described a loud leftist minority.

No such strawman exists, but I readily concede how it appears that way. The point I am attempting to make, and which I have evidently failed to articulate sufficiently, is that Libertarians have a marked tendency to tolerate those who do not, in turn, tolerate them. A common theme in the #GamerGate movement, which has attracted a number of Libertarians, is that SJWs have gone too far, by demanding things like the censorship of games, the implementation of hate speech codes/laws, lying repeatedly about gamers themselves, committing fraud and other such ethics violations, etc…

In other words, if SJWs would stop being dicks, for lack of a better way to put it, many Libertarians would consider the battle sufficiently won and return to playing their games. Libertarians are thus fighting in the pursuit of tolerance. This makes them vulnerable to subversion, which is precisely how SJWs obtained power to begin with. Already, with CultOfVivian’s attacks on TheRalph, one can see the beginnings of SJW infiltration into GamerGate itself.

CultOfVivian is a great example, because she has repeatedly stated that she observes the dictates of Political Correctness, is concerned on matters of racism-sexism-homophobia, etc… She agrees with the SJWs on all ideological points. It is only their implementation which bothers her. She would prefer a less obnoxious, less obvious means of ideological subversion. Yet, for the longest time, Libertarian GamerGaters supported her. She didn’t argue for official enforcement of the Trifecta (racism-sexism-homophobia), and thus Libertarians were fooled by her.

Fundamentally, I share many of the core principles of Libertarianism. But where something clearly does not work, it must be discarded and replaced with something that does work. The test is practical application. The Left has exploited the natural tolerance of Libertarians for their own socio-political ends.

Now, it’s important to note that Libertarians are not the only ones who have failed. Conservatives, likewise, have failed to stem the Progressive tide. They have been in retreat for decades, perhaps centuries. They have failed to stand up to the Left at all. Libertarians have at least done that in some smaller scale actions. GamerGate successfully rolled back a lot of smaller scale ethical corruption in their own industry. But compare to the wider Culture Wars: 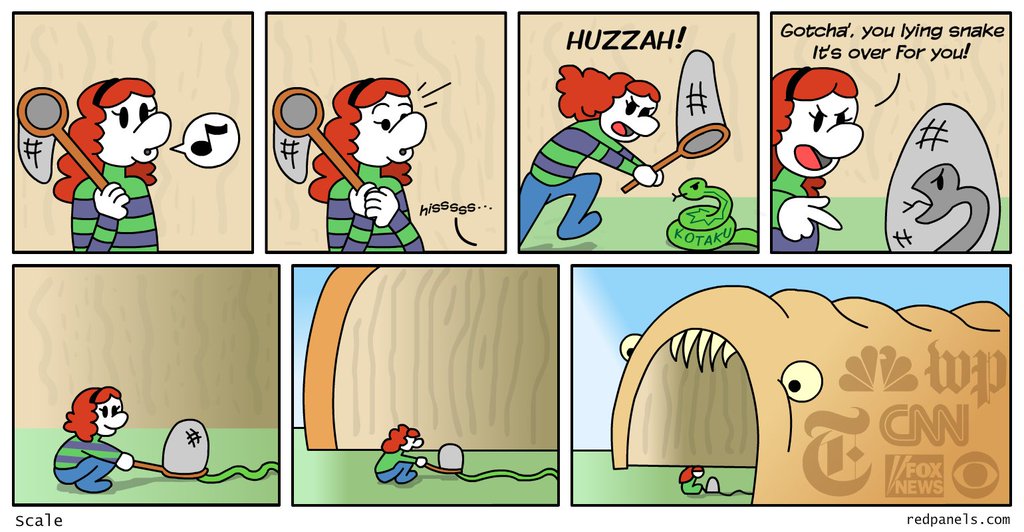 Libertarians are able to successfully fight “The Man” in certain areas. In particular, they have done well on organizing resistance to government censorship, and have established bona fides in resisting some forms of corporate corruption, also, especially where such ties into government. They know how to fight official organizations.

But SJWs are more like mobs. Or, perhaps, chameleons. They infiltrate organizations from within, including Libertarianism itself. There is no “The Man” for Libertarians to fight. The Libertarian’s live and let live philosophy makes such infiltration and subversion easy. They will win a small victory against the Left, at which point the Left’s ire is raised and either the mob of Social Justice will come for you, mobilizing the political establishment against you, or individual SJWs will attempt to ruin your group from within.

A simple analogy would be that Libertarians are perfectly willing to fight a defensive action, but find the notion of offensive action unpalatable.

If the Conservatives are too wimpy to fight (somebody might call them mean names), and the Libertarians easily infiltrated and subverted, how then are we to win the Culture Wars?

Tough call. That’s what I’m trying to figure out. In any event, the core principles of Libertarianism are something I still hold dear. But there’s a point at which you have to realize that a good portion of the populace doesn’t just disagree with you, they want to destroy you. They want to bankrupt you, take away your livelihood, threaten you, ruin your life, or even take your life, should they find the power to do so.  They are your enemies. Tolerating them in the name of live and let live won’t work. You may very well have to destroy them back.

Francis over at Bastion of Liberty sent a great link in reply, one which my readers would be well-advised to peruse. The money quote is below:

I hope to see a continuing refinement of libertarian-conservative or “fusionist” thought. I do what I can to advance it. Thomas Sowell, Walter Williams, Larry Elder, and others of greater stature than myself are also working on it, from their particular perspectives. It is the most important effort under way in political thought. Unless it succeeds, and allows us to build a single front — united on critical matters and tolerant of divergence on lesser ones — with which to oppose the statism and special-interest-propelled panderings of the Left, freedom in America is doomed. Libertarians will have to face an accelerating loss of the freedoms they cherish. Conservatives will have to face the ongoing reduction of their bastions, as the power hungry, ideologically propelled forces of the Left eat into their numbers via the schools, the media, and the awful power of their patented divide-to-seduce technique.

The answer may well be in some form of Conservative-Libertarian fusion. Libertarians have the backbone that, evidently, Conservatives are lacking. And Conservatives can consider the breaches of absolute freedom that may be necessary to preserve the remainder of it from Leftist destruction, something Libertarians have some difficulty with. The combination could result in a movement which, as Francis describes, is united on important matters and tolerant of divergence on more minor matters.

The beginnings of such a movement have already begun, with the televised collapse of the Republican establishment on Prime Time, a necessary prerequisite to building something stronger in its place.

An answer must be found to the Progressive weapon of ideological subversion and deconstruction which has continually been employed against us since at least before World War I. Vox Day, TheRalph, and others have had some success with employing such techniques against Leftists themselves. Trump has more or less hinged his entire candidacy on this.

But that brings up something I read in one of Tom Kratman’s books, not long ago. When you fight an enemy long enough, there is a tendency to become an awful lot like him. I’m not sure that’s the angle to go for, either.