Feminism: Women Shouldn’t be Punished for Anything

Coming straight on the heels of yesterday’s post, wherein two lesbians tortured and killed a little boy (one of the lesbians was the boy’s mother) is this little gem from the Guardian telling us that all women’s prisons should be closed, and the inmates released.

Yes. The author is seriously advocating eliminating prison sentences for all women. This man, with his apparently worthless Ph.D., explains for us:

Women do of course commit homicide offences, but nearly always the victim is a relative and the crime was committed against the backdrop of an abusive relationship or depressive mindset. All homicides are heinous crimes but the types of homicides committed by women rarely involve random victims and hence do not engender community fear.

This comes, quite literally, the day after the guilty verdict came out for the horrendous case above. This man is thus telling us that “nearly always” the murdered person was somehow abusing the woman.

I wonder what two-year-old Liam Fee did to abuse his mother, such that his murder was justified?

The lunacy of modern feminism has grown to staggering proportions, wherein it continually asserts that men and women ought to be given the same treatment while simultaneously arguing that no woman should be punished for crimes she is convicted of. 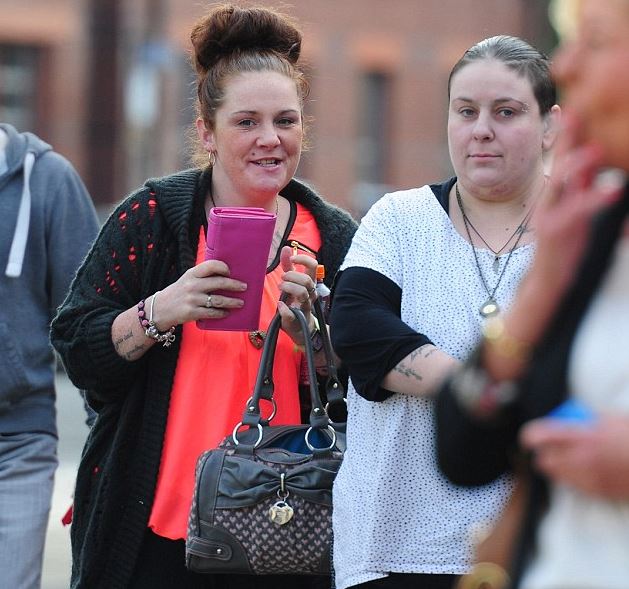 A friend of mine asserted the other day that Rachel and Nyomi, the women who murdered Liam Fee, may have received the “Rotherham treatment.” In other words, he wondered if, perhaps, the status of the two women as lesbian partners hindered any attempt to prevent the torture and murder of this little boy.

As it turns out, the father did indeed protest several times to the authorities that his son was in danger in their care. And nurses and social workers were shocked by the level of fear the child displayed of both his mother and her partner. Earlier incidents of abuse were cataloged and documented, and no action was taken. It was, in the words of the nurses, unprecedented.

So it is very likely that the Rotherham treatment was given, insofar as incidents of abuse that would have been acted upon immediately were the perpetrators straight white men, were ignored by the authorities because the women were “minority victims.”

It certainly didn’t do the real victim, a little boy, any good, mind you. But then, the girls raped by Pakistanis in Rotherham were similarly ignored. The Progressive stack, in which some victims are more equal than others, becomes apparent here.

So these women already received preferential treatment, and Mirko Bagaric wants them to receive no punishment for the horrific crime.

This, of course, is somehow “equality.”

Nearly every one of these incarcerated women is the victim of a perverse and lazy policy disfigurement that fails to acknowledge the marked differences between female and male offenders. The differences are so stark that not only should women be treated more leniently because they commit less serious crime but they should also be treated more leniently when they commit the same crime as a man.

But feminism is about equality! If men and women are 100% equal, and genders are meaningless social constructs how could there be “marked differences” between female and male offenders in the first place? Here he is outright arguing for women to be treated more leniently (read: not punished at all) for the same crime.

Third, society suffers more when we remove a female from it and place her behind a prison wall. More than 50% of incarcerated women are single parents and even in two-parent households, female prisoners typically assume the main child nurturing role. In relation to non-parental dependency, the majority of carers (60%) are females.

Like the murderous lesbians were such great parents. But one might say that I’m harping overly much on one particular incident. Okay… but if you have a woman who is convicted of, say, dealing crack cocaine out of her house, how is that good for her child? What about one who burglarizes, steals, or attempts to murder someone? No, these are precisely the women you do not want to have raising children, because they will do an exceptionally poor job of it. Locking them up is better for any children involved, not worse.

The sentencing system should be reformed radically to deal more fairly with female offending. The starting position is that no female offender should be imprisoned. In relation to most forms of crime, they should be dealt with by way of intermediate sanctions including the greater use of electronic monitoring.

In other words, no punishment at all. Here’s your ankle bracelet. It even comes in pink! Totes matches your shoes!

The approach would save the community billions of dollars annually and go a long way to correcting the unfathomable public policy misstep which has resulted in 10 American states spending more on prisons than higher education. Best of all, it would not cause the slightest reduction to community safety.

If you want to improve community safety, I suggest my Aussie friends should chuck this guy off a bridge. Okay, I’m not going to incite violence… just run him out of the country then (preferably to a hospitable place like Antarctica), and tell him to never come back.