Have you ever looked at an SJW and wondered “just what is this idiot trying to tell me?” Or, have you perhaps contemplated the intellectual musings of a Tumblrista and wondered “what in the everlasting fuck is this person actually saying?”

Well, wonder no more. Your friendly neighborhood Lord High Inquisitor of Capitalism has provided these translations from Communese into modern American English. For my friends of British persuasion, just add an occasional pointless “u” into words like color, in order to translate into the Queen’s.

1. “Let’s have a Conversation.” The direct translation for this is “your opinion hurts my feelings and you need to change it.” But this fails to capture the essence of the phrase. When an SJW says this, what they really mean is that you have departed from the traditional narrative, and you are being warned that your non-conforming opinion needs to be changed immediately. Failure to do so will result in denunciation and accusations of racism, sexism, etc… Having a conversation means agreeing with the SJW on all particulars.

2. “Educate yourself!” Directly translated, this is “I can’t understand why you don’t agree with the accepted narrative.” But again, there are nuances here. This can be considered a final warning before denunciation and attempts to attack your character. The SJW is warning you that there will be consequences if you don’t agree with the politically correct narrative. Perhaps they will try to get you fired, or dox you,  or some other form of unpleasantness. The subtle translation is “obey the dictates of Social Justice or else!” 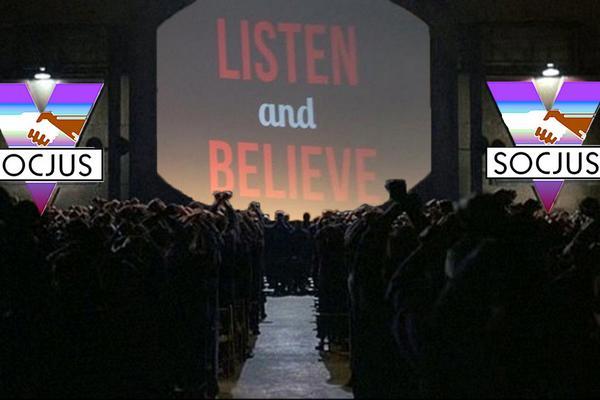 Educate Yourself = Listen & Believe = Turn off your brain so that we can fill it with as much Taco Bell-derived intellectual sewage as humanly possible.

3. You are a Racist!” You’re white. And probably male, cis-gendered, and straight. Remember, all white men are racists, and any accusation of racism is prima facie evidence of guilt. Progressive white men can be exempted by proclamation by the SocJus community. But this exemption can be revoked at any time, in which case you revert to being a racist.

4. “You’re a Misogynist!” You’re white. And probably male, cis-gendered, and straight. Remember, all white men are sexists, and any accusation of sexism is prima facie evidence of guilt. Progressive white men can be exempted by proclamation by the SocJus community. But this exemption can be revoked at any time, in which case you revert to being a sexist.

5. “You’re an Islamophobe!” You have common sense, which is, of course, a violation of accepted SocJus norms. The only sense you are allowed to have is fed to you by the media. When the media tells you Islam is good and Christianity is evil, you must accept this with no further discussion or demands for evidence.

6. “I can’t be a racist because racism equals privilege plus discrimination.” This means the SJW is a racist and hates white people. Bahar Mustafa, a woman of Turkish ethnicity famously proclaimed that her Turkish heritage meant that she could never be a racist. My Armenian ancestors would disagree, of course. But college feminists are far more oppressed than people thrown into rail cars, shot, beaten to death, and/or crucified.

Totally doesn’t count. Why, look at those Armenians oppressing the poor Turks.

7. “That’s Triggering!” Directly translated, this statement means roughly: “waaaaaaaah waaah waaaaaaaaaah!” A more nuanced translation would be “this made me cry, and I will throw a temper tantrum unless you make it go away.”

8. “We need a Safe Space!” The SJW wishes to re-institute segregation along racial and ethnic lines. Members of the KKK are currently kicking themselves for not thinking of this idea first. “Damnit,” says the Grand Wizard Dragon of Podunk, “if only we called Jim Crow ‘Safe Spaces for People of Color’ we could have pulled it off…” 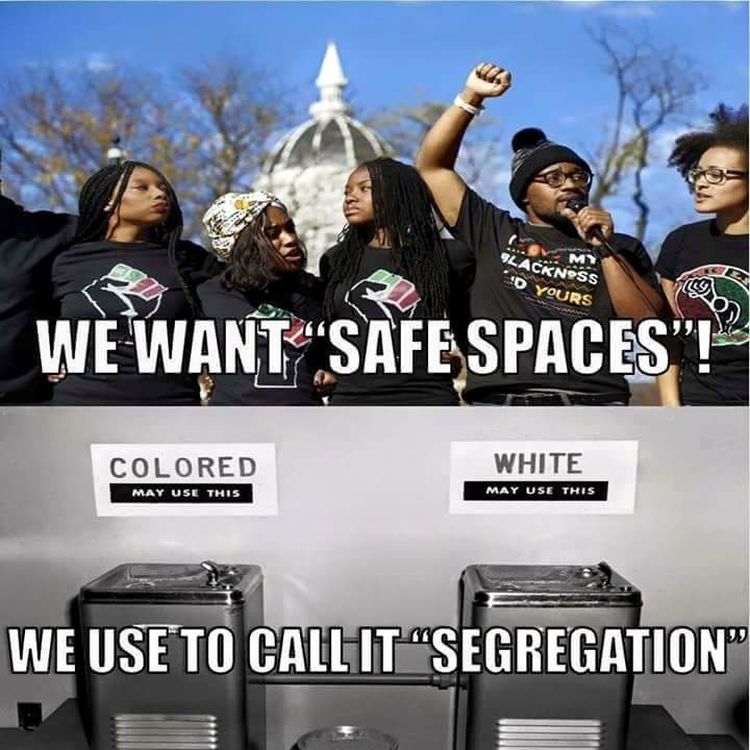 Don’t worry, I’m sure the guys with torches, crosses, and pointy hats will be happy to provide them for you.

9. “Sexuality is Sacred!” When the dog humps the couch and manages to get himself off, you are required to give thanks to the environmentally-friendly, non-judgmental, transsexual, ethnic Goddess of Fedora-wearing neckbeards. Femen protesters, of course, can run around buck naked, touching themselves, and this is no big deal. The SJW is really saying that if you are not an SJW, all sex is rape and therefore you are a rapist. Of course, male SJWs never have sex with women anyway, so de facto, the SJW is saying that all heterosexual activity is rape.

10. “This is an example of Rape Culture!” It’s something that normal human beings have been doing since the dawn of time, or creation, or whatever. This may mean having sex, reproducing, looking at attractive members of the opposite sex, etc… Usually, however, this is a specific reference to anything which depicts a beautiful or attractive woman in any way that would interest men. Wearing a bikini on a magazine cover, for instance. A direct translation would be “I saw a woman more attractive than my lard-filled, unshaven rear-end, and this hurts my feelings.”

11. “I am oppressed.” Generally uttered by upper-middle class white SJWs, but can occasionally be spoken by wealthy members of other ethnicities. What it really means is “I feel threatened by the peasantry.” It is a variant of the famous phrase attributed to Marie Antoinette: “let them eat cake.”

She was a woman, therefore she was more oppressed than the white guy cleaning shit out of the sewer. Let him eat cake.

12. “I was raped.” Directly translated, this means “I had sex and later regretted it.” But sometimes having sex isn’t even necessarily a prerequisite for this statement. It may also mean “I want attention from the media” or ” somebody said hi to me when I was walking to my gender studies class.” Context is important when deciphering this phrase.

13. “Gamers are dead.” Gamers are very much alive and are an irritant in the eyes of the SJW who uttered this. 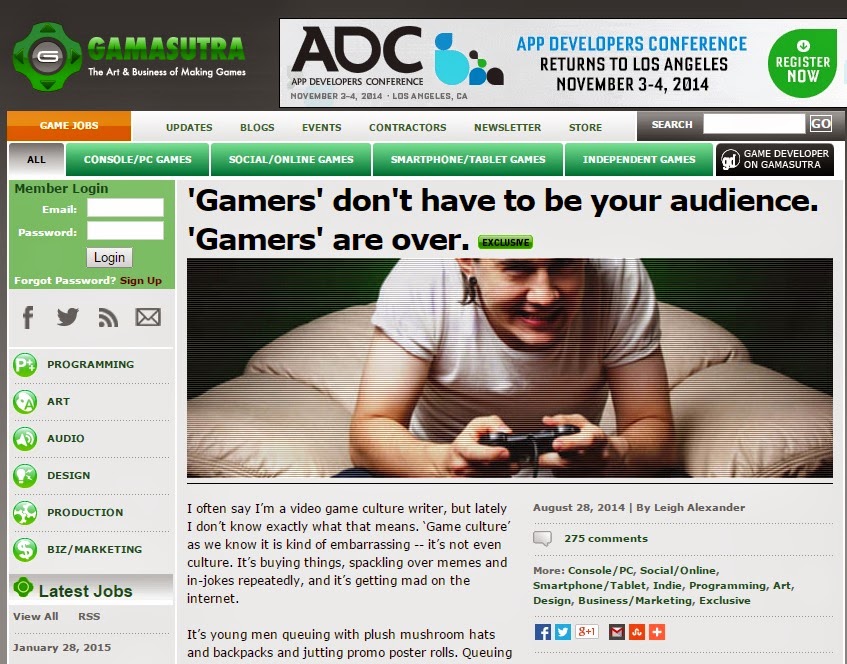 Dontcha know? Gamers are dead. I read it on a Progressive “gaming” site.

14. “Fat is beautiful.” Directly translated: “Every human being is equally attractive to every other human being, except white males, who are really, really ugly.” Usually uttered by the most vile, mammoth, sloth-like, vaguely-female “humans” ever to walk the Earth. 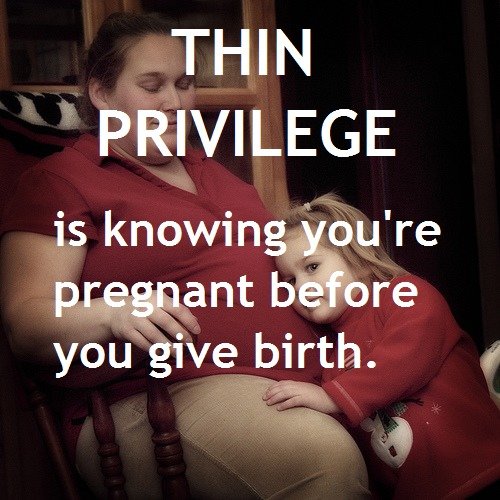 Thin Privilege… if you weigh less than 400lbs, you have it.

15. “Jesus was a Socialist.” Direct translation: “I’m a moron who thinks that a cursory understanding of religion fed to me by the media is more accurate than the beliefs of those who actually adhere to and study their faith.”

16. “Everybody should be equal.” Directly translated: “Give me money. Really. My Patreon is over there…”

17. “I was discriminated against.” Directly translated: “Somebody doesn’t like me. I’m a good gender-queer, hydrosexual, poopkin, trans-ethnic feminist, so I can’t imagine why.” Usually uttered by the dumbest, most unpleasant people imaginable. Most individuals would rather hang out with Jeffrey Dahmer than whoever said this.

19. “You’re a Homophobe.” This one has a bit of nuance to it. This is really code for  being a cis-gendered heterosexual who failed to praise homosexuality with every second breath. However, any homosexual (Milo, basically) who departs from the narrative can be safely attacked. Indeed, failing to insult a conservative homosexual is grounds for immediate expulsion from SocJus and is, paradoxically, proof of homophobia.

20. “That’s Cultural Appropriation.” Translation: India’s culture dates back at least 4,000 years, but it is threatened whenever a white girl wears a bindi. Chinese civilization is ancient, and arguably the largest economy in the world at the present moment. But it is threatened by the presence of a white guy ordering take out. Cultural Appropriation is one of those nebulous terms that periodically pops up in SJW discourse. Since, according to them, white people have no culture, they must steal it from everyone else. And this stealing is racism. But, since they view everything as cultural appropriation of some kind, the only way to satisfy them would be to cease to exist. Or, perhaps, you could pull a Shaun King and declare yourself to be black. That, of course, is not Cultural Appropriation.

That about covers it. But, as always, your friendly neighborhood Lord High Inquisitor of Capitalism (and literally-Hitler) is always searching for more translations. Post in the comments and I’ll pick the best ones for a followup.