So of late, I’ve been trying to juggle moving my DJing to a livestreaming format. Tonight, I’m switching to Twitch. You can follow me here, if you are so inclined: https://www.twitch.tv/djxealot. At 9PM EST today (May 2nd), I’ll be spinning a much darker set than the previous two. It will focus more on Industrial and Dark Trance, and border on Industrial Metal in some cases.

As far as political ranting goes… well, I’ve got to get something off my chest. This Coronavirus business has made people insane. I don’t know any other way to put it. There are those out there who are convinced this thing is so bad, we need to stay locked up until the end of time, and in trademark Leftist fashion, if even one person dies…. Wuhan Flu is serious, certainly serious enough to take some sensible precautions. There is no evidence I’ve seen that suggests it’s the fucking plague.

On the other hand, there are those who are going on as if nothing is happening, and they are pretty dumb too. Beaches were opened back up recently in my state. And by itself, that is fine. I’m worried that excessive use of executive power to enforce the lockdown can go very badly in the end. But just because you can do a thing does not mean you should. Hordes of people going to the beach to party… well that’s pretty dumb too. It’s one thing if you need to break quarantine to earn a living, to get food, to do the things you need to do for you and yours.

It’s quite another to party as if nothing is happening. Again, it’s their right. But it’s stupid.

Worse than both of those, though, is the SURETY so many folks posting all over social media appear to have. They use the word “facts” after a cursory 5 minute Google search, or watching some journalist on TV, one who hasn’t been right about anything since before Donald Trump was elected President. The Gell-Mann Amnesia Effect is in full force. And they get so damned angry when you dare to point out that, quite frankly, very few people know what they are talking about.

I don’t either! But at least I’ll say so. We’re not really going to have solid numbers on this disease until the threat has passed, in all likelihood. It’s one thing to make a semi-educated guess based on the fragmentary data we have now. It’s quite another to claim it’s a “fact”.

Take fatality rates by country. Some Leftists have been bloviating about how America has the highest death toll! Okay. America has, for example, roundabout 5 times the population of Italy. You need to compare death rate per capita. Second, China’s numbers are most likely bogus, and probably much higher than they’ve reported. I have no specific evidence of this, but that is standard operating procedure for the ChiComs: saving face and burying the truth. They certainly buried the impact of the disease when it was in its early stages. Why should anybody trust their numbers now?

But beyond that, data collection methods differ by country. For instance, if someone has cancer, and coronavirus, and dies… which one is labeled as the cause? How accurate is the tally in each country? How corrupt is each country’s government? Speculating on relative death rates per capita using the official numbers as a base, I get that. It’s probably still inaccurate, but it’s something to look at.

Being SURE about the numbers… that’s a different kettle of fish.

The same operates on the side of some Rightists, many of whom appear to be taking the threat too lightly given the lack of data. If you don’t know for sure how bad it is, it makes sense to take some precautionary measures until you can assess the risk more accurately. I get that the various governments are exceeding the bounds of the Constitution in many places, and need to be smacked down, in case these measures acquire some kind of permanence. But one of the few legitimate functions of a government is to protect the citizenry from the kinds of existential threats individuals, alone, cannot effectively defend against. The same moral justification for the existence of the military may be valid in the case of an international pandemic.

I am very, very worried about politicians getting a taste for power right now. So I’m not going to shit overmuch on the people who are angry at the limitations. Again, I don’t have enough accurate data or knowledge to make these kinds of calls. Neither do the politicians. Or the protesters. So do as you will, as makes sense to your own personal risk assessment.

But understand that not even the doctors are sure about much of anything right now.

And be ready to change your position as better data trickles in. We may find that we grossly overreacted to this.

Then again, we may not.

Anyway, come listen in at 9PM EST. Whiskey. Beer. Music. Probably some pre-game at 8:30 or so discussing bullshit with a friend of mine who might someday want to write here (who I’ve already been exposed to, so not really changing up my quarantine procedures). Stay safe, my friends. 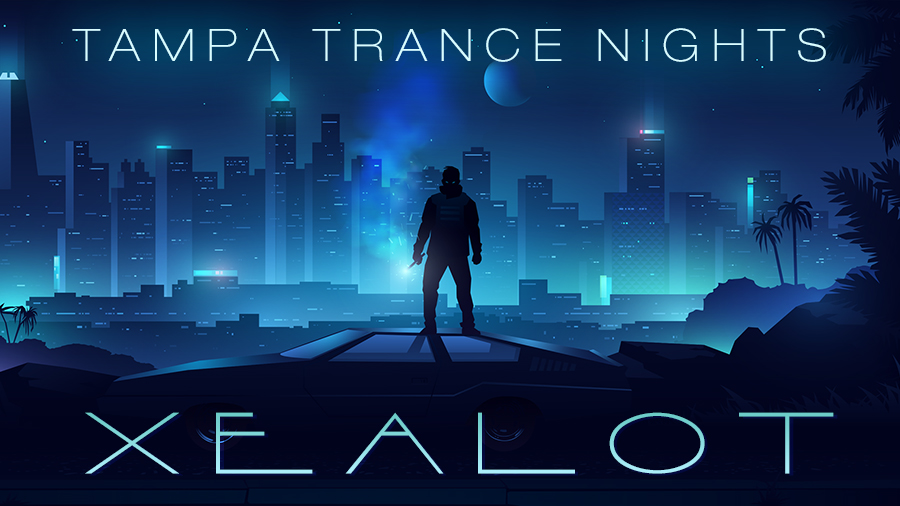 I’ve been meaning to get my streaming/podcast DJing going, and tonight is the night to start. My home studio has been put back together, and I am all ready for it.

Presenting Tampa Trance Nights with DJ Xealot (yes, I have many names – but this is a very old one, and a return to my musical roots). Livestreaming tonight, video and audio, at 9PM EST. Tune in info to follow soon. I will be streaming via Facebook Live, but you will not need a Facebook account to tune in. For those who are unable to make it, a Youtube recording will be available later.

I don’t have a lot to say today. It’s a pleasant Sunday morning, and I’ve little desire to sully it with excessive politicking. It’s a cigar and whiskey kind of day, where I consider myself fortunate for the blessings in life. There are a few Cubans sitting in my humidor, and a bottle of bourbon with my name on it. I’ve long maintained that hard times are coming. Tomorrow maybe, or the day after. No man can know exactly when the hammer will fall. But until then, enjoy the luxuries while you have them.

A Twitter follower of mine reminded me of this old song:

Just some easy listening on a Sunday morning. I hope your Sunday is as pleasant as mine.

The Lord make his face shine upon thee, and be gracious unto thee:

The Lord lift up his countenance upon thee, and give thee peace.

Music for the Chaos

So, despite my career as a DJ, or perhaps because of it, I have developed eclectic taste in music. When I am angry, and not in the temporary, transitory sense, but rather the deep-rooted and near-permanent fashion, I prefer to listen to very calming music. I can be very explosive and temperamental when temporarily irritated, but I am utterly quiet when truly angry. It is a very calm and rational state for me.

Nothing calms me more than Byzantine chant, for whatever reason. Here are a couple of selections if you also need a similar soundtrack, watching as the country goes to pot:

Much of what I spin as a DJ is very eclectic Dark Trance and EBM. Most of my own work as a production artist is in a very similar style. It’s very broody, for lack of a better word. Some of my readers may be familiar with Covenant and Cruxshadows, both early EBM groups. But here’s a newer one, Mind.in.a.box:

Now you’re sitting in your room, staring into space
Your hair is long and shaggy, your clothes torn to shreds
The TV, an endless stream of commercials
Chat logs filling up the screen beside

You remember the day on a meadow

You can see the details, every little thing
But you can’t remember what it felt like
You’re not feeling anything

Take my soul, consume me whole
I’m no part of this world
Take my love and hold it close

I can’t be without you anymore

You are sitting in the scenery of your dream
Your clothes are neat and clean
Your hair cut, your chin smooth

You lose yourself in this dead world
You think you’re living in your dream
But there’s nothing in it
You’re feeling nothing, nothing
You seem complacent but there is nothing there

And another favorite, Mind.in.a.box – You Will See:

I felt the warmth,
Filtering through your skin.

I had all that I could ask for,
And I thought it to last.
I was so sure of your affection,
And I loved the spell you cast.
I was scaling incredible heights,
Propelled by your radiant muse.
I sustained this for a long time,
But I was destined to lose.

I had all that I could ask for,
And I thought it to last.
I was so sure of your affection,
And I loved the spell you cast.
I was basking in all that glory,
Thought the end cannot be nigh.
I made plans for our future,
Humbled only by the sky.

You will see, I can get back there.
When all was doubt, you laughed at me.
Ripped me apart,
There’s no future for you and me.

You will see, I can climb up there.
When you lost faith, you turned your back.
Destroyed my trust,
There’s no future for you and me.

You will see, I won’t forgive this.
When you rethink, you won’t be heard.
Words don’t heal,
There’s no future for you and me.

You will see, I will survive this.
When I had need, you were not there.
It’s too late,
There’s no future for you and me.

The lyrics are interesting, also, the first being a commentary on how we lose ourselves in the digital world, becoming empty and vapid. The second song is a condemnation on the shallow, overly-inflated sense of entitlement women demand in the present day, and a man understanding that he doesn’t need her any longer. There’s no future for you and me.

Anyway, I enjoy this style of music, both for the sound and the lyrics.