There was once a splendid civilization, full of grandeur, the compiled knowledge of the ancient world, the economic hub of entire continents.

History calls it the Byzantine Empire, and, at least for me, it remains an object of intense curiosity. During the erroneously-named Dark Ages, the Byzantine world was the center of Christianity, the last remnant of the Roman Empire. For centuries, it was the medieval superpower of Europe and Asia, and the only nation to ever treat with the otherwise-invulnerable Caliphate as an equal.

It is gone, now, subsumed into the Islamic world and slowly erased over the course of centuries. Echoes of it remain in Eastern Europe, Russia, Armenia and Georgia, but they are just that: echoes.

People forget that Christianity was originally an Oriental religion, born out of the Roman near-east, and spread across Rome, the Middle East, and the Persian Empire. In some respects, it was the final culmination of Hellenism, as begun by Alexander the Great, the synthesis of the Mediterranean West and the Near-East.

All of that legacy is gone.

I speak of this because this legacy is, in some parts, my own. My grandfather spoke of it wistfully, from time to time. Oh, the Byzantine Empire was long gone even in the day of my great-grandfather, Ezra. But Ezra saw its ruins, and in that was intense beauty. He had a sense of living in the ruins of a world that was, in some ways, greater than the one in which he resided. 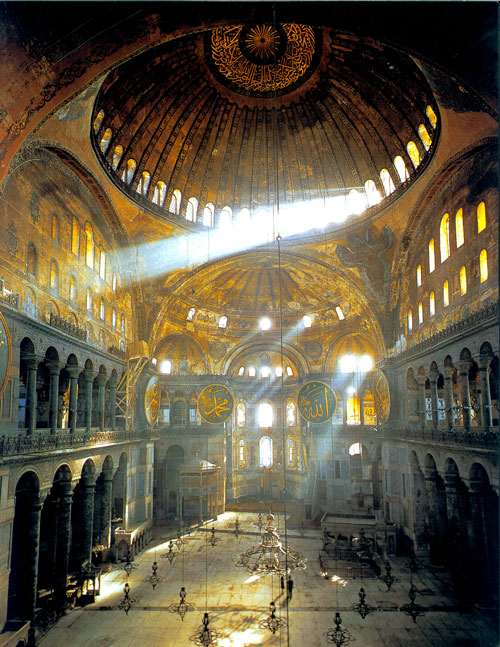 I will never see it. The legacy of the old Byzantine world is gone.

Islam destroyed it. Its institutions and learning were destroyed, its architecture destroyed or converted to the service of the mullahs. Its penultimate monument, the Hagia Sophia, remains covered in the calligraphy of the prophet.

Progressives often lament the conquest of North America by the British colonists and their successors. Yet, at the same time, the Ottomans were busying themselves lording over the conquered Byzantine world, destroy its culture, converting its people, and doing everything the colonists were accused of doing and more.

And then, as the Ottoman Empire collapsed, they annihilated as many of my own forebears as they possibly could, perhaps out of spite for the impending destruction of their own Empire.

This is a warning to the West. Islam is coming for you. Just as the Byzantines once thought themselves invincible, lording behind the impregnable Theodosian Walls, so does the West not understand the danger they face. And like the betrayers of the 4th Crusade, so does the threat to weaken the West lie within, in the form of the Progressives and Social Justice Warriors.

The Turk comes for you. He marches on Vienna, again. Will you fight, or surrender? Will the West join the Byzantine world in oblivion? Will its cathedrals blare the clarion call of Mohammed?