All Your Base Are Belong to Us

So, my readers may have been wondering where I went, and why my posts have been infrequent as of late.

Well, I’ve been working on something big. With Trump’s inauguration coming, we know insanity is coming. The mass of triggered SJWs is reaching cosmic proportions, their exhortations increasingly desperate, their denial mode giving way to hatred so cold, it makes obvious the lie of their supposed peace-love-tolerance.

The creature has revealed its final form. I dare say the Prince of Lies would recognize the thing as kindred.

Time to trigger them all. To make their evil readily apparent to the American people. We all know what they would do if given supreme executive power — they would use it to destroy us. In the past, we were content to let them live with us in peace, and not rub their failings in their faces. That time is over.

All Your Base Are Belong to Us.

Meryl Streep perpetuates this notion that Hollywood elites are the real victims. Meanwhile artists, actors, and athletes sabotage any of their own who dare to leave the Marxist reservation provided for their use. Very well, then. All Your Base Are Belong to Us. Have one Donald Trump. Enjoy a heretic from your own elitist class rubbing it in your faces for the next four years.

All Your White House Are Belong to Us.

No, liberals, we’re not going to let you escape this. You solved the Lament Configuration. Enjoy being consumed by the Cenobites.

All Your Country Are Belong to Us.

Liberals, your candidate lost the working class vote to a man who possesses a golden elevator, and a full-size airplane that dwarfs the little dinky private planes owned by mere millionaires. Consider how terrible your candidate was, how anti-American and tyrannical she had to be to accomplish that.

All Your Economy Are Belong to Us.

Many media talking heads were angry when Ford said they would move some of the manufacturing in Mexico back to the United States. Why? Because it would create 700 American jobs, but cost 1800 Mexican jobs. Thus, they claimed, the world had a net job loss. The journalists reveal themselves to be the America-hating goblins they really are. Let Mexico worry about Mexico. That’s their problem. If they want, they could follow the example of South Korea and start producing their own cars. We’re not obligated to send our jobs to them.

All Your Email Server Are Belong to Us.

During the election, I remember sitting down a local Asian fusion cafe for lunch. Yes, it sounds hoity-toity, and it was, but the food was good and the lunch specials reasonably priced. Anyway, at the table next to me, some folks were discussing how great Hillary would be for cyber-security, since Russian hacking was a big problem. I had a difficult time restraining the urge to point and laugh. The Left is going off about how Russia has done all these terrible things — without mentioning the fact that, even if it were true (an admission I do NOT make), it would have happened under the nose of President Obama. Some cyber-security, eh? I wouldn’t trust these cretins with protecting a pile of pig shit.

Anyway… I’ve been working for weeks on a project that, if all goes well, will trigger SJWs on a scale I’ve never attempted before. Here’s a little preview: 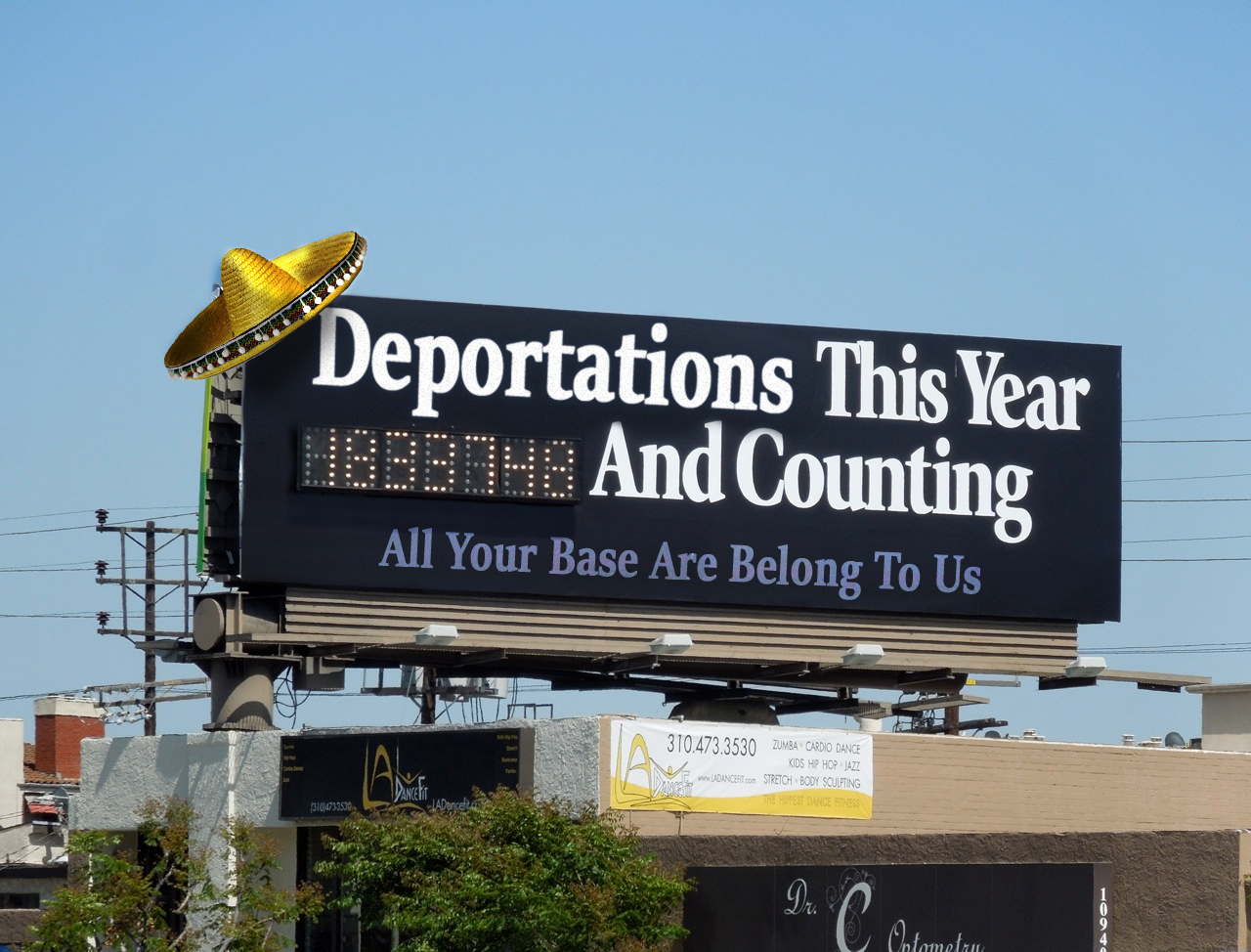 In this great project, I am aiding the esteemed Tom Kratman, in an even bigger push from our side. Go and read: http://www.everyjoe.com/2017/01/02/politics/trump-inauguration-all-your-base-are-belong-to-us/#1.

All Your Base Are Belong to Us.