Of Wolves and Men 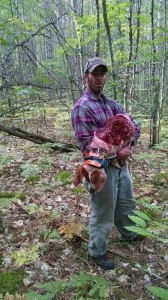 This bit on Ted Nugent’s facebook really got my blood boiling. I don’t necessarily disagree with Mr. Nugent, but I know precisely where this sort of thinking leads. I’m exhausted of this see-saw effect in American politics where the blatantly obvious solution to a problem is ignored in favor of wasting taxpayer money in knee-jerk reactions.

A century ago, the American government paid a bounty on wolf pelts. It wanted to eradicate the species (and in the lower 48 states, it more or less succeeded) and spent millions of dollars doing it. Farmers, hunters and settlers carried forth the usual excuses: livestock and pet kills, competition for prey animals and general fear.

Fast forward several decades and the American government paid millions of dollars to reintroduce wolves and protect them from the same people, farmers, hunters and settlers. The government had the usual excuses: animal rights, conservation, environmentalism, etc…

Handling wildlife issues is really a simple matter. When wildlife is in its own domain, leave it alone. The exception being: hunt it if you like, but don’t exterminate it (else there won’t be a wild anymore). If wildlife leaves its domain and comes into yours, kill it if necessary. Do this often enough and wildlife will generally understand that humans are bad and it is best to stay away from them. They aren’t stupid, and Darwinism is still in operation.

No campaigns or special government action is needed. In fact, it would be best for everyone if the government just stopped fucking with them in the first place. We wouldn’t have EITHER problem if it weren’t for them!