I debated whether or not to post this for some time, now. I’m sure we’re going to take our share of shit for all this, but the story has to be told.

4 years ago, we adopted Bandit, a little lab puppy, from the local Humane Society on Armenia ave (3607 N Armenia Ave, Tampa, FL 33607). He was a hyper dog – never did really grow out of it – and very stubborn with training. But he was also very loving, attentive, and you could tell he WANTED to obey, to please. We loved him a lot.

Unfortunately, as our firstborn Jacob entered his toddler phase, we discovered that Bandit was not good with little kids. Whereas our other dog, Duncan, would generally tolerate toddler foolishness, or at worst grumble a bit and leave the room, Bandit was confrontational. He had a right to whatever he was doing, to his toys, to his space, and the toddler better listen. Understandable, mind you, as toddlers are exhausting to parents too. But it was also unacceptable. We had a number of close calls with snapping.

After a while, it became clear we could not train this behavior out of him. It was ingrained. We began to look for a new home for him. We posted a bunch of stuff on social media, contacted a number of rescues and agencies, and put the word out at the Vet office Jenny works at. After a few months, there were no takers, and we suffered another very close call.

It was time to consider more drastic options. We called a local no-kill shelter – the very Humane Society shelter we adopted him from, in fact. We discussed the situation with them, and Jenny dropped him off at their intake center on Tuesday. She brought with her all of his history and papers (she is meticulous about that sort of thing) and explained that he would make a very good companion for adults, or for older children, but that he was just not tolerant enough of small children. They were understanding and reassuring – he would get a second chance.

That night, we realized that we had forgotten to bring his favorite toy with him, and so the next morning I grabbed his toy and drove down to the shelter on my lunch break from work. I got a very strange runaround when I showed up. First, the front desk told me that they could not give me any info on Bandit and suggested I should call the intake center myself, or go directly to the intake center. So I went down, explained why I was there, and waited. I waited a long time and got a number of strange looks. Something was clearly very wrong. Whatever. I loved this dog, and he should at least be able to keep his favorite toy, right?

Eventually, a woman came and explained that he had been put down shortly after we dropped him off.

Naturally, this was a tremendous shock. We did not bring him to this shelter just to see him killed within the hour. The worker’s excuse was that they did not know his history, where he came from, his temperament, etc… I call bullshit on this. Jenny arrived with a mountain of paperwork, and he came from THEIR shelter originally. Then the worker tried to tell me that he bit someone, something that I found extremely unlikely (naturally, they did not produce the person supposedly bitten). He was a very loving dog, and unless you were doing something you shouldn’t (which, unfortunately, our toddler DID do some of the time – hence the problem), he was a perfectly good dog.

I left profoundly angry and confused. Jenny, naturally, did not take it well.

Jenny left a scathing review on their site, confused that they would just betray our trust and kill him like that – and not even contact us. This was especially confusing to her given that she emailed them after she dropped Bandit off, expressing that if there were ANY problems, we would come back, pick him back up, and take him someplace else, or try something else.

Yesterday, Jenny got a call from their director of operations. They claimed to have had IT problems, and that they did not get her email until today. Furthermore, she provided a THIRD story about what happened, this one at least admitting some fault.

Her version of events was that the intake lady had been lazy about paperwork, and not followed protocol, which is to have the dog acclimate to the new (scary!) environment for a few days before messing with him, and that a worker had attempted to enter his holding area, and that Bandit had lunged at the worker. That part I can almost believe, given that Bandit loved to jump up on people and lick them (that was something we never could quite train him out of). That was not an attack. The director claimed to have video footage, but naturally she did not see fit to share the footage with us. She did, however, at least admit that the rest of the footage showed Bandit as a friendly, happy, sociable dog. The person who put him down did so flippantly and too quickly – again, against protocol – and was supposedly fired, with the intake person demoted and/or removed from duty as well.

Meanwhile, I cannot help but suspect that had I never showed up the next day trying to give him his favorite toy, they never would have told us any of this. And, furthermore, their donations are highly dependent upon their nature as a “no-kill” shelter. They say on their site that they are no kill for “space or resources.” So what I think happened is this. They DO kill for space/resources, but spin it as something else. When they get a dog via intake that they suspect will be difficult to adopt out, an excuse is manufactured, and the dog is quietly put down. Can’t have it be known that they are really a kill shelter – and, worse, they don’t even give the dog a few weeks, like kill shelters usually do. They just cart off the hard-to-adopt ones and quietly kill them.

To be fair, that’s just a theory. And maybe my cynicism has gotten worse with age and I’m totally off base. Whatever the case, we trusted them to help us find a home for Bandit, and they just killed him about as fast as humanly possible instead. I feel violated and wronged. I was lied to multiple times. Three separate stories, and a lot of run around and bullshit excuses.

Instead of finding a new family – one without toddlers – he’s dead, and I’m furious. 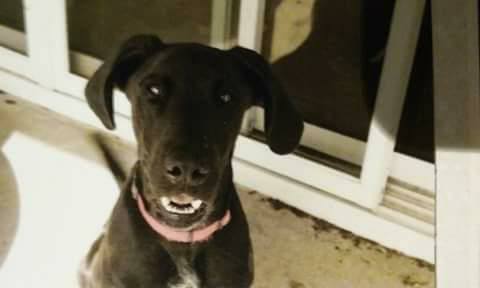