Information on the SJW

Here is all the information I’ve been able to collect (with some help from a few folks). There’s a high probability he’s in London, based on speech patterns and metadata (specifically, his posting times). His usage of English idioms like “tosspot” marks him. He posted a photo of himself to gloat, though it may or may not be a ruse. I ran it through the reverse image search and turned up nothing, so there’s a good chance it’s legit. If he stole it from somewhere it probably would have turned up.

Here is an archive.is link to his facebook “community” page.

His page appears to be associated with this other one, “the Good Christian” which has as its mission, harassing Christians on Facebook.

And here is a screenshot of what was sent to me on Facebook with some identifying items removed: 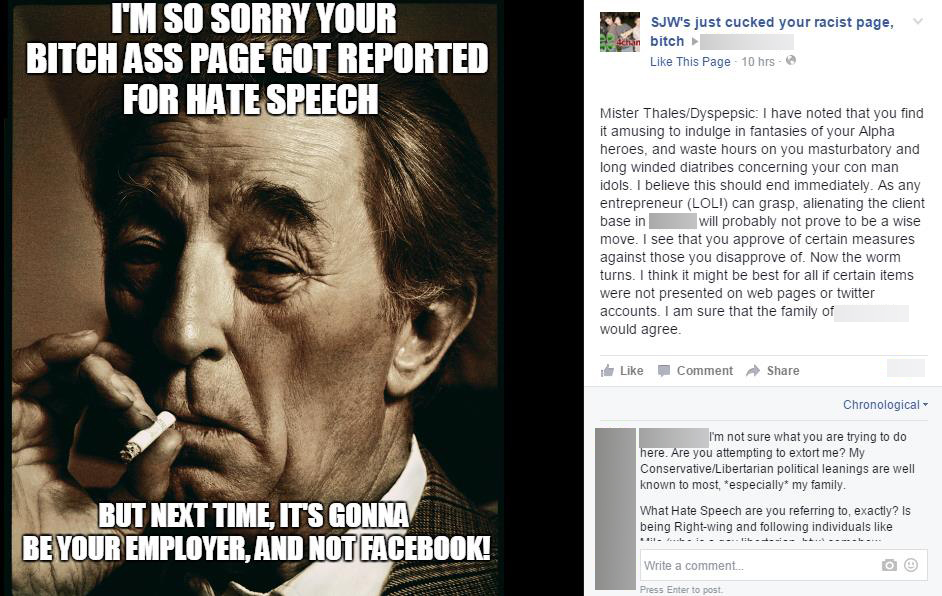 There was some odd traffic on some of my other Social Media outlets, so the guy seems to be digging for more information.

Here is the photo posted on the page, which is *probably* him, but for which I have no confirmation: 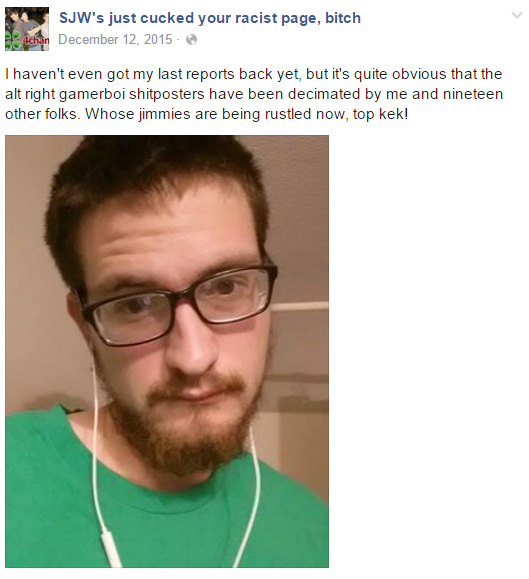 Lastly, he appears to have gone after a lot of other folks. Naturally, I reported to Facebook that this man was making extortionist threats against me, and was trying to stalk me on a number of Social Media platforms. I encouraged other people to do likewise. But, as I indicated before, Facebook is disinclined to do anything about it. They denied that this man was doing anything wrong at all.

Of course, my friend was suspended from Facebook for telling a person that they were “woefully misinformed.” So I have additional confirmation of where Fecalbook’s loyalties lie. I will be moving on to an alternative platform that isn’t staffed with blatant SJWs.

I wanted to collect more data before posting all this. But he’s done a decent job of covering his tracks from casual investigation, at least.